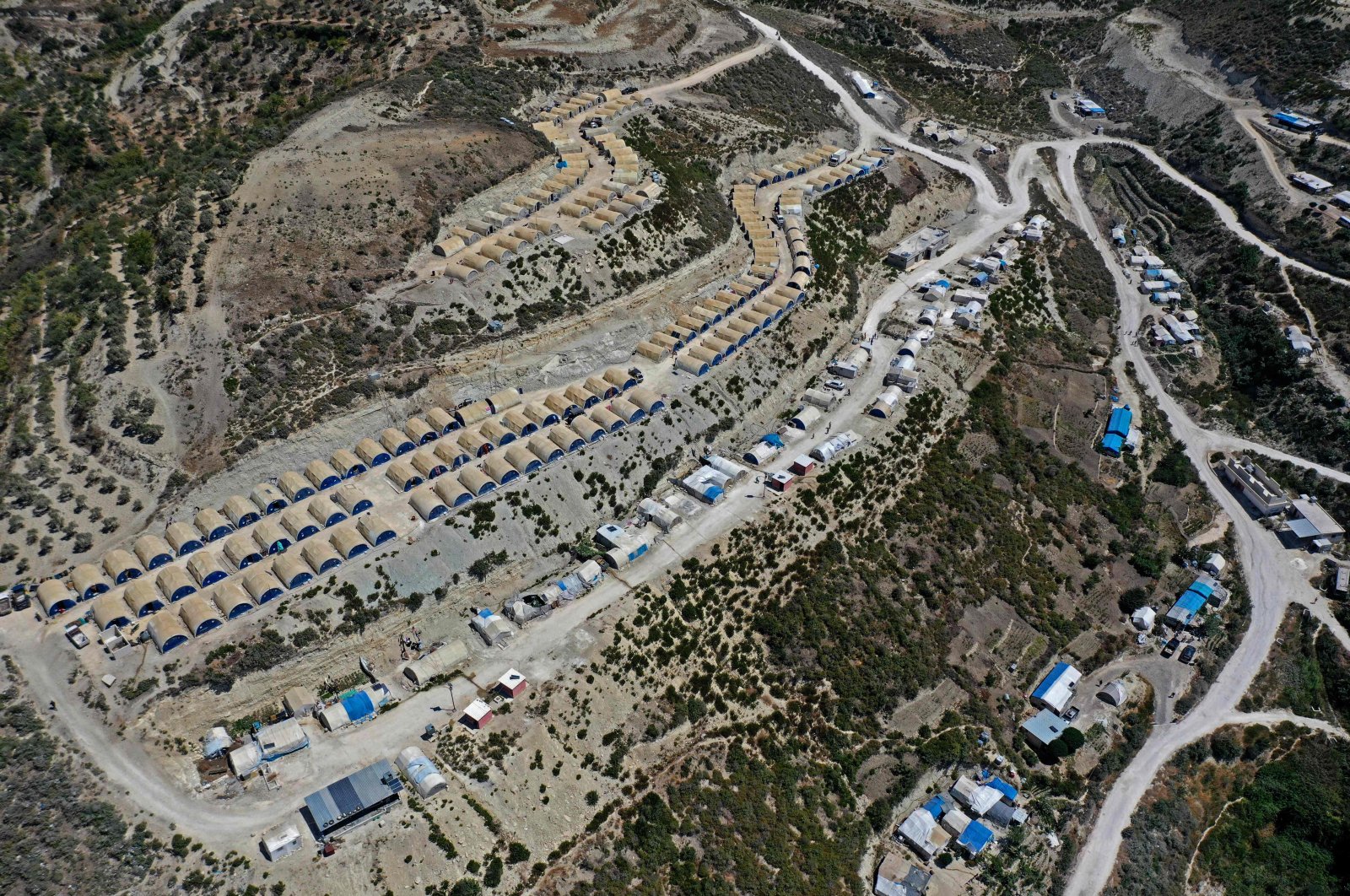 An aerial picture shows a tent camp for internally displaced Syrians in the Khirbet al-Joz area, in the west of the northwestern Idlib province near the border with Turkey, Syria, Aug. 18, 2020. (AFP Photo)
by Daily Sabah with Reuters Aug 19, 2020 11:40 am
RECOMMENDED

Jets believed to be part of Russian air forces bombed several towns in opposition-held northwestern Syria in a new flare-up of violence since a Turkish-Russian deal that halted major fighting nearly six months ago, witnesses said.

"There were over 20 raids we have monitored by Russian jets stationed in Hemeimeem air base," said Abdullah Sawan, a volunteer plane spotter whose network covers the Russian air base in the western coastal province of Latakia.

Russian jets this month bombed mountainous areas in Latakia province where opposition fighters are dug in, and civil defense witnesses said jets struck a camp for displaced people near the town of Binnish in Idlib province that killed at least three civilians.

In June, Russian jets carried out the first airstrikes since the deal brokered in March between Russia, which backs Bashar Assad’s forces, and Turkey, which supports moderate opposition fighters.

There was no immediate comment from Moscow nor the Syrian regime army who accuse militant groups of wrecking the deal and deny any indiscriminate attacks on civilians.

Russia said last week the joint military patrols in Idlib, carried out along the M4 highway linking Syria's east and west, had been suspended over increasing militant attacks in the area.

The March deal ended a Russian-backed bombing campaign that had displaced over 1 million people in the region which borders Turkey after months of fighting that killed hundreds.

The deal addresses Turkey's main concerns, stopping a flow of refugees and preventing the deaths of more Turkish soldiers on the ground. As part of the agreement, Turkish and Russian forces have been carrying out joint patrols along the M4 highway and established a security corridor on either side of it.

Since April 2018, attacks on the last opposition stronghold have dramatically intensified and caused new waves of refugees to move toward the Turkish border, putting Turkey, which already hosts over 3.5 million Syrians, into a difficult position.

Moscow has established a major presence in Syria, where its airforce and military bases across the country have allowed Assad in recent years to defeat opposition who rose up against his authoritarian rule.

In another incident, a Russian general was killed and two other servicemen were wounded by a land mine explosion in eastern Syria, the Russian Defense Ministry said Tuesday.

The ministry said the attack took place in the province of Deir el-Zour when a Russian military convoy was returning to the base after a “humanitarian” mission.

It said the general died of wounds while being evacuated. The ministry did not identify him.