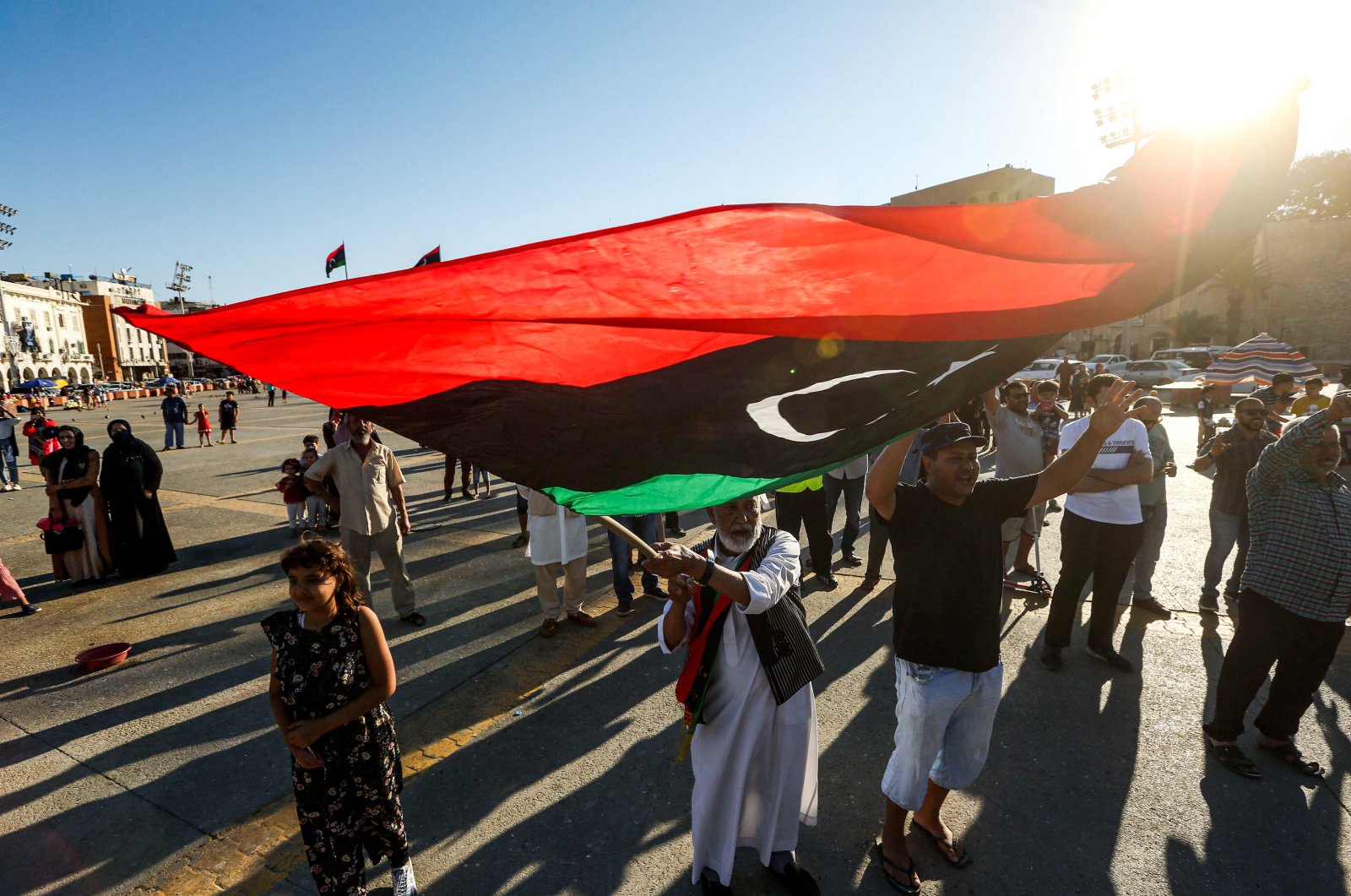 An elderly man waves a Libyan national flag during a demonstration in the Martyrs' Square in the centre of the Libyan capital Tripoli, June 21, 2020. (AFP Photo)
by REUTERS Jun 26, 2020 2:34 pm

Libya's National Oil Corporation (NOC) said Friday Russian and other foreign mercenaries had entered the Sharara oilfield on Thursday to block the resumption of energy exports after a monthslong blockade by eastern-based forces loyal to putschist Gen. Khalifa Haftar.

Most of Libya's main oilfields are under the control of Haftar forces, which has fought alongside Russian mercenaries, according to the United Nations.

The NOC, which attempted to restart production at Sharara this month after battle lines shifted, is based in Tripoli, the seat of the internationally recognized Government of National Accord (GNA), which financially relies on oil exports.

In a statement, NOC chairman Mustafa Sanalla, said: "Some (countries) cynically express their public regret for Libya's continued inability to produce oil while all the time working in the background to support blockading forces."