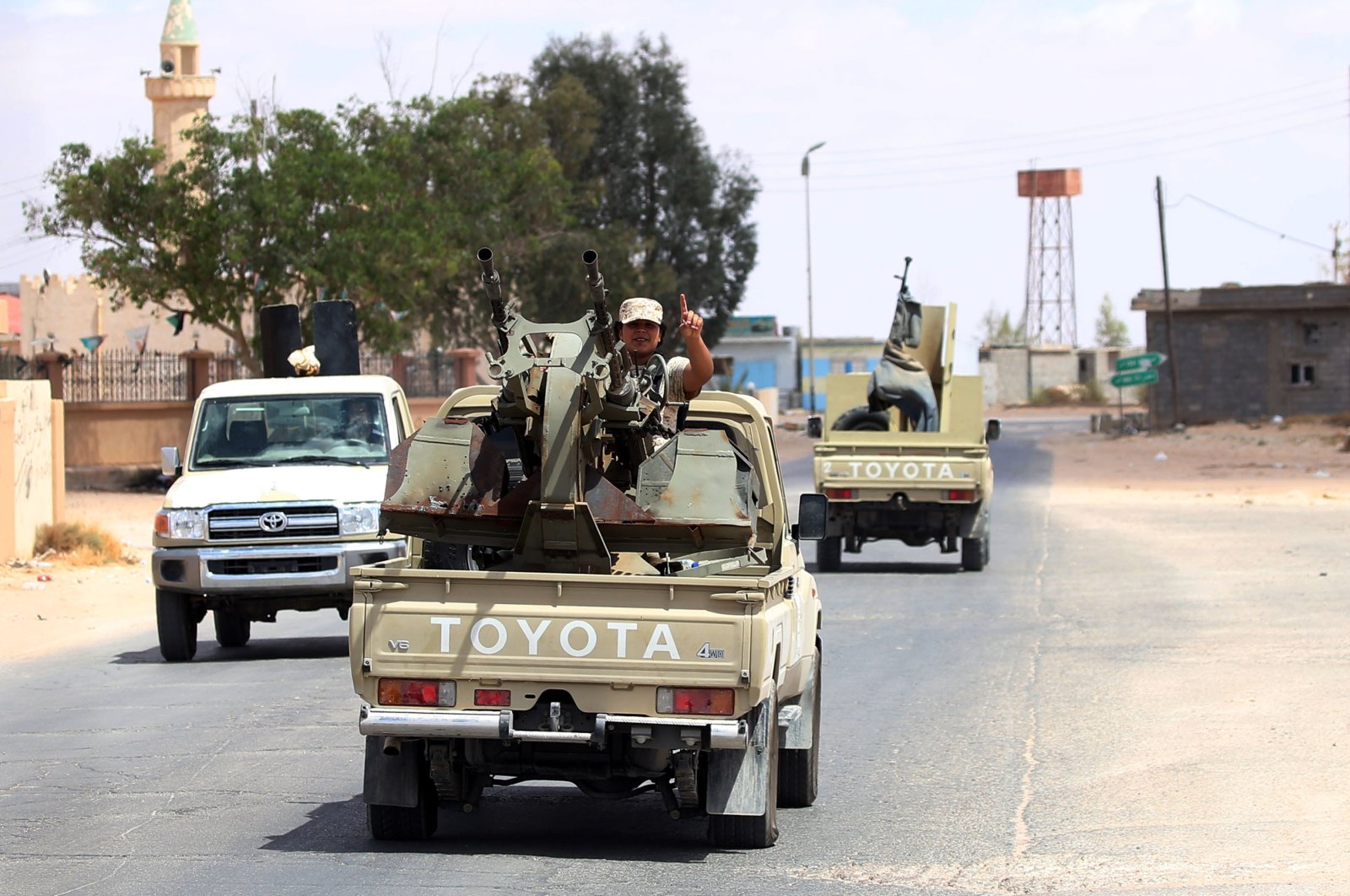 Fighters loyal to the internationally recognized Libyan Government of National Accord (GNA) secure the area of Abu Qurain, halfway between the capital Tripoli and Libya's second-largest city Benghazi, against forces loyal to putschist Gen. Khalifa Haftar, who is based in eastern Benghazi, in Libya, July 20, 2020. (AFP Photo)
by DAILY SABAH WITH AA Aug 06, 2020 11:55 am
RECOMMENDED

Mercenaries of the Russian Wagner Group are en route to much-contested Sirte after leaving Jufra, the Libyan Army said in a statement Thursday.

The Wagner mercenaries, which are fighting on behalf of putschist Gen. Khalifa Haftar, are moving in a 21-vehicle convoy including four trucks and two ammunition carriers, the army of the United Nations-recognized Government of National Accord (GNA) said in a Facebook post.

The army added in the statement that Haftar militias supported by the Wagner forces are reinforcing in the Wadi Jarif (Jarif Valley) area with ditches and barriers.

The army said the reinforcements are being carried out “out of fear of the Libyan Army’s advance to Sirte and Jufra.”

Libya has been torn apart by civil war since the ouster of late ruler Moammar Gadhafi in 2011. The government was founded in 2015 under a U.N.-led agreement, but efforts for a long-term political settlement failed due to a military offensive by forces loyal to warlord Haftar.

Since April 2019, Haftar's forces have launched attacks on the Libyan capital of Tripoli and other parts of northwestern Libya, resulting in more than 1,000 deaths, including civilians. Haftar has the support of the United Arab Emirates (UAE), Egypt and Russia while the GNA is backed by Turkey.

Foreign mercenaries and arms have poured into the country since Haftar launched his offensive, with Russia and the UAE the latter's top suppliers. The U.S. Africa Command (AFRICOM) on July 24 accused Russia of “playing an unhelpful role in Libya by delivering supplies and equipment to the Wagner group.”