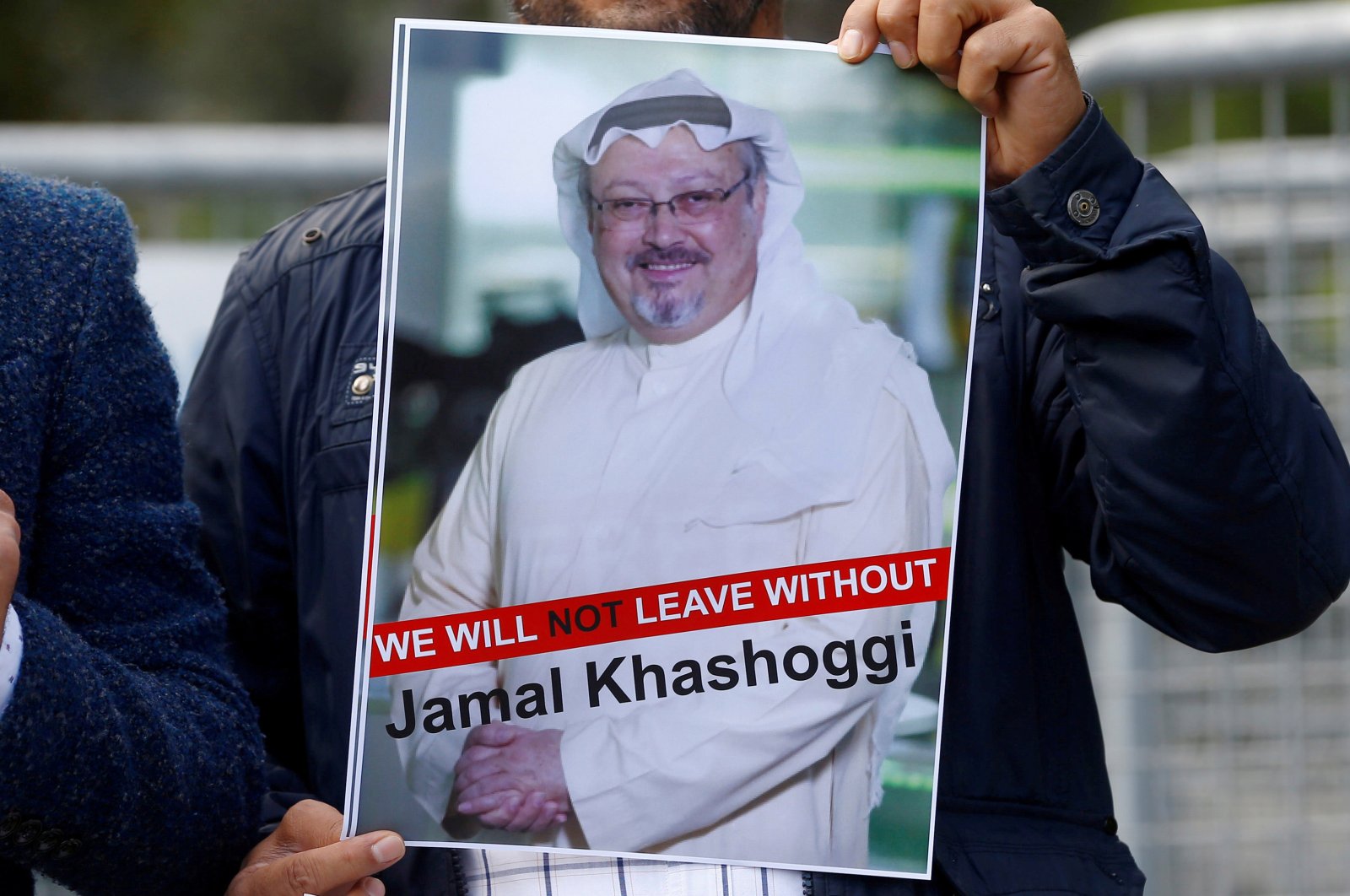 Saudi operatives had stolen Washington Post columnist Jamal Khashoggi's passport from his Washington home to force him to go to the embassy, Deputy Chairman of the ruling Justice and Development Party (AK Party) Yasin Aktay said, citing a close mutual friend of the slain journalist.

Aktay, who was a friend of Khashoggi and is testifying as a witness in the Khashoggi trial, told prosecutors that Saudi Arabian embassy workers in Washington stole his passport from his home, forcing him to go to the embassy to apply for a new passport, as he thought he lost it. There, he was obliged to hold a phone call with the Saudi Crown Prince Muhammad bin Salman (MBS), who tried to persuade him to go back to Saudi Arabia.

Khashoggi noted that the officers at the Saudi Embassy acted as if they were expecting him and that he was disturbed after the visit.

Upon returning home, Khashoggi found his lost passport, and told his friend that the incident was planned by the Saudi embassy, Aktay said.

In his testimony, Aktay added that Khashoggi loved Saudi Arabia and strived to ensure that it was a better place to live in.

He noted that he called Saudi Ambassador Waleed A. M. Elkhereiji after he received a call from Khashoggi’s fiancee about his disappearance.

“I told the ambassador that Khashoggi is my friend and that he never got out after entering the consulate building in Istanbul and he told me that Jamal is his friend too and that he would get back to me within a few minutes but he never did,” Aktay said in his testimony.

The AK Party official said the last time he saw the slain journalist was in August 2018, when he told Aktay that the Saudi administration was carrying out several operations to get rid of dissidents in England, Lebanon, Germany and Egypt, but that he felt secure in Istanbul as he thought Saudi Arabia would not risk relations with Turkey by carrying out such operations.

A Turkish court has recently accepted an indictment on the 2018 killing of Saudi journalist Jamal Khashoggi in the Saudi Consulate in Istanbul.

Khashoggi, a former columnist for The Washington Post, was killed and dismembered by a group of Saudi operatives shortly after he entered the country’s consulate in Istanbul on Oct. 2, 2018.

His body was never found.

Khashoggi, according to reports by the U.N. and other independent organizations, was very likely killed on orders of MBS.

After nine hearings, five suspects of the hit squad, including the No. 2 man of the hit squad, Maher Abdulaziz Mutreb, and Dr. Salah Muhammed al-Tubaigy, the head of forensic evidence at the Saudi General Security Department, who was in charge of dismembering Khashoggi’s body, was handed down the death penalty by a Saudi court.

According to reports, 10 out of 11 suspects came to the hearings without any handcuffs. They were also very calm during the trial sessions, the reports added.

In the first hearing, the prosecutor read the accusations and confessions of the 11 suspects one by one, in 1 hour and 15 minutes.

The prosecutor’s reading revealed once again the details of the hit squad’s plans. For instance, it first thought of burying the body in the consulate’s garden but abandoned the idea due to the possibility of it being found.

Then, upon the order of Mutreb, the body was dismembered and put into black sacks. The prosecutor read that it was then planned that the sacks would either be delivered to a local collaborator or be transported out of Istanbul.

One of the suspects, Mansour Othman M. Abbahussain, confessed that he came to Istanbul two days before the murder in order to meet with the local collaborator, whose name was not mentioned during the hearings.

Another suspect, Faad al-Balawi confessed that they dismembered the body upon the orders of Mutreb. Mutreb, on the other hand, claimed that he did not have the intention to kill in the beginning and he was trying to negotiate. Tubaigy also claimed that they killed Khashoggi “by mistake” and can pay a price to his family if necessary.

While the head of the hit squad, Mansour Abu Hussein, said he received the news of Khashoggi’s killing from Mutreb during a dinner at the consulate’s residence, one of the suspects, Muflih al-Musih, claimed that he learned about the incident from the press. Another suspect, Mohammad al-Zahrani, went as far as to claim that he received the information after being detained.

The indictment states that suspect Abbahussain, working as a major general and intelligence officer in Saudi Arabia, was tasked in the office of MBS and was instructed by Ahmed bin Mohammed al-Asiri to bring Khashoggi back to the country and kill him if he resisted. It added that Abbahussain assembled a 15-man hit squad, including himself, for the murder.

Abbahussain also determined the place to meet Khashoggi as the working office at the Istanbul consulate and made plans for all contingencies before, during and after the killing.

The U.N. special rapporteur on extrajudicial killings, Agnes Callamard, slammed the trial as a "mockery,” saying: “The masterminds not only walk free. They have barely been touched by the investigation and the trial. That is the antithesis of justice.” Callamard, who investigated Khashoggi's murder, also said: "Impunity for the killing of a journalist commonly reveals political repression, corruption, abuse of power, propaganda, and even international complicity. All are present in #SaudiArabia." She said there should have been an investigation to identify the masterminds, "as well as those who incited, allowed or turned a blind eye to the murder, such as the crown prince," referring to MBS.

Callamard said in a report in August that the state of Saudi Arabia was responsible for the murder. The report also found "credible evidence" that linked MBS to the killing of Khashoggi. The rapporteur noted she had received no cooperation from Riyadh and minimal help from the U.S.

Turkey criticized the verdict, saying it fell short of expectations of shedding light on the killing and delivering justice. The Saudi court’s decision "is far from meeting the expectations of both our country and the international community to shed light on the murder with all its dimensions and deliver justice," the Turkish foreign ministry said in a statement.