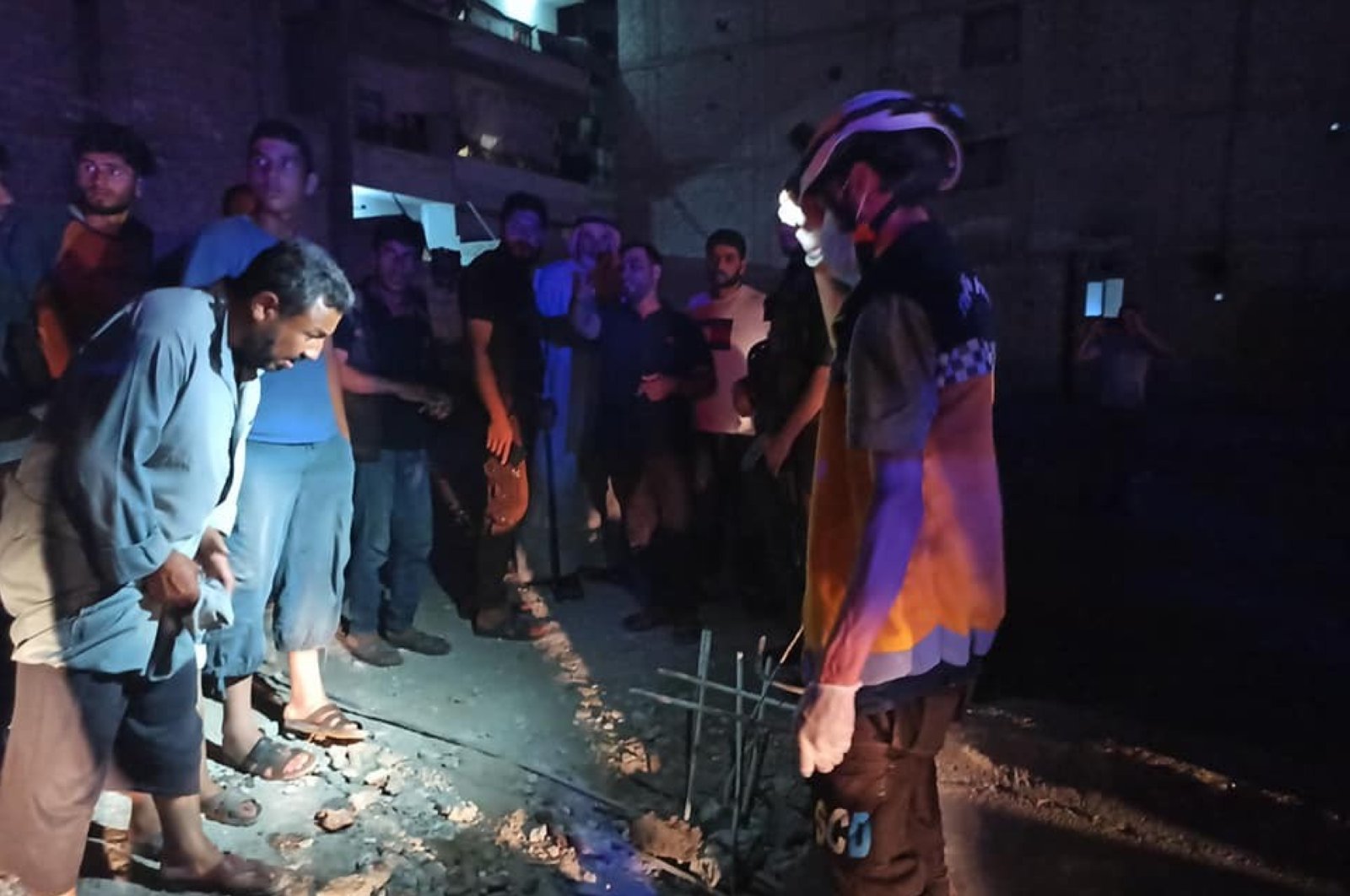 In a previous terrorist attack on July 3, 2020, an explosion in Syria's northern Afrin province killed one civilian and injured two others. (IHA Photo)
by DAILY SABAH Jul 07, 2020 2:59 pm
Edited By Dilara Aslan
RECOMMENDED

Security forces in northern Syria’s Afrin province, liberated from terrorists through Turkey’s Operation Olive Branch, thwarted a potential terrorist attack by detecting a bomb left in a package in front of a store.

Military police and local security forces comprised of the Syrian National Army (SNA) late Monday discovered a bomb-laden package in the city center of Afrin left in front of a store and acted quickly to defuse the bomb.

Security forces suspect the YPG/PKK terrorist organization of being responsible for the bomb package left in a crowded and busy street of central Afrin.

Afrin had been a major stronghold for the YPG/PKK since July 2012, when the Bashar Assad regime in Syria left the city to the terrorist group without putting up a fight. In order to end the terrorist group's oppression of local people, Turkey cleared the area of PKK-affiliated terrorists with 72 Turkish aircraft striking targets.

The Turkish military entered Afrin town center and liberated it from terrorists on March 18, 2018, with the Turkish Armed Forces (TSK) and the SNA taking a total of six town centers, 282 villages, 23 strategic hills, one dam and 50 other strategic points.

In addition to military operations, Turkish aid foundations have worked to provide humanitarian relief to local people in the region. Following Operation Olive Branch, many Turkish humanitarian agencies, including the Turkish Red Crescent, have been distributing food daily in the district center and villages to meet the needs of the people.

With the stability in the region secured, civilians began to return to their homes on March 20, 2018. The number of civilians living in the town has now reached almost 350,000.

Turkey carried out two cross-border operations west of the Euphrates river – Operation Euphrates Shield launched in August 2016 and Operation Olive Branch in January 2018 – to drive terrorist groups, including the YPG/PKK and Daesh, from its borders.

Turkey also prevented the YPG/PKK from establishing a de facto autonomous region in Syria connecting the northwestern Afrin canton to the Kobani and Jazeera cantons in the northeast, which Ankara described as a "terror corridor" posing a grave security threat to its national security.