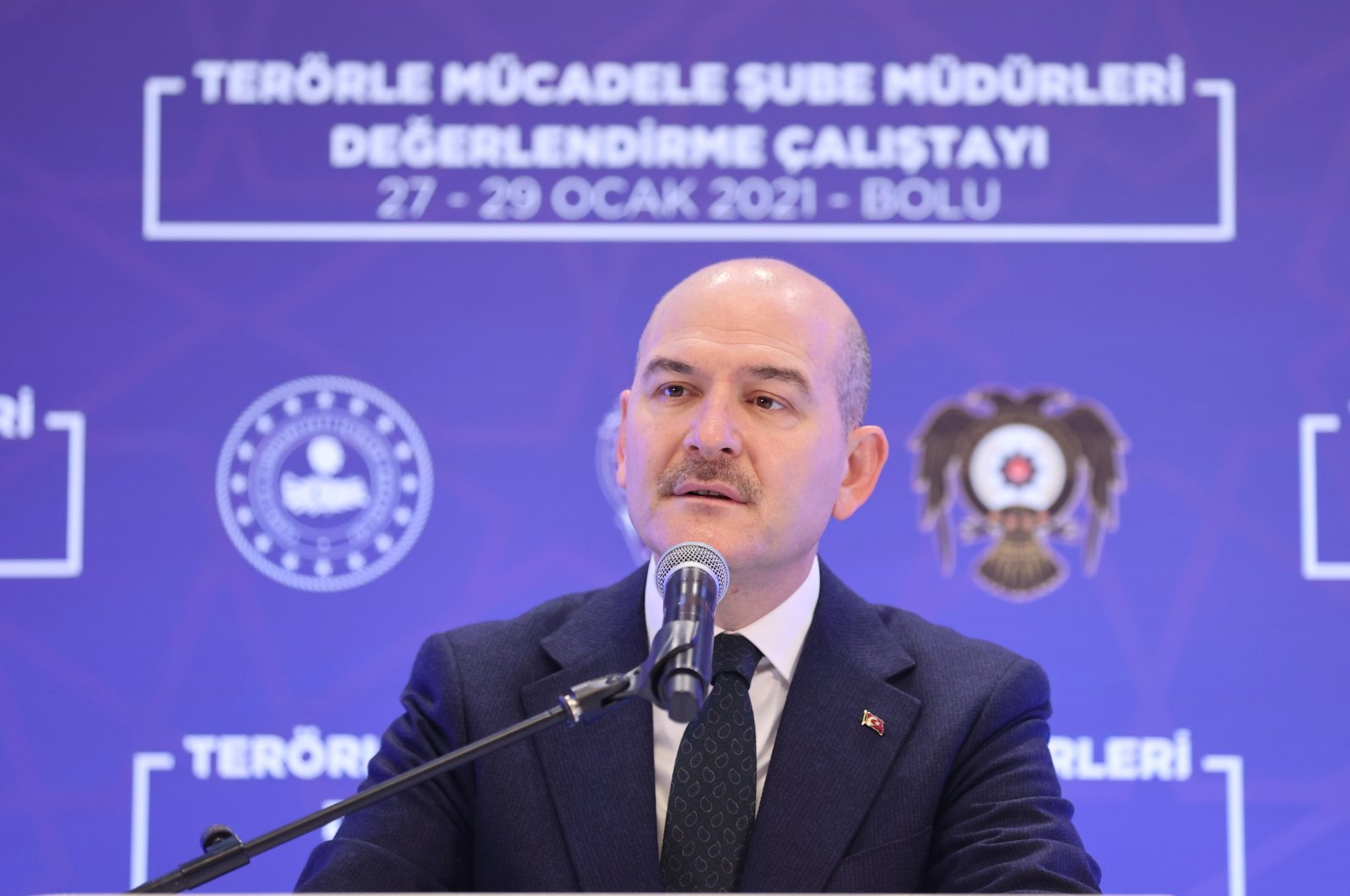 Interior Minister Süleyman Soylu on Tuesday announced that the ministry would file a complaint against Kemal Kılıçdaroğlu, the chairperson of the main opposition Republican People's Party (CHP), for his recent words calling governors “militants.”

The debate has become one of the top agenda items in Turkish politics in recent days after Kılıçdaroğlu, on the same day as his party’s group meeting, defended and agreed with a former CHP deputy, Berhan Şimşek, who last week stated on a television program that governors as well as district governors are “militants.”

The interior ministry on Saturday had sued Şimşek for his words and “heavy accusations that overstepped the limit.”

During a workshop Wednesday on the fight against terrorism, Soylu spoke out again against Kılıçdaroğlu, saying that he failed to criticize the real militants and terrorists.

He noted that posters of jailed PKK leader Abdullah Öcalan as well as material for terrorist propaganda were found in the pro-PKK Peoples' Democratic Party’s (HDP) building in the Esenyurt district of Istanbul on Sunday and that no condemnation came from Kılıçdaroğlu.

“Those who call my governors, district governors and judges 'militants' speak one word (about the HDP). Not a single voice is being raised against the scenes encountered in HDP buildings in Esenyurt or Diyarbakır,” Soylu stated.

“We see it as a waste of our breath to spend time responding to the CHP chair and his followers,” the president said, as he urged governors and district governors to file lawsuits against Şimşek for calling them “militants.”

“This administration, the CHP, which is called ‘the party that established the state,’ is becoming a party that tries to take down the state,” he said, adding that calling governors militants is “a language of Nazis.”

Kılıçdaroğlu is often criticized for his policy of attacking the ruling party with defamation and for his weak opposition strategy. Earlier this month, a similar dispute arose when Kılıçdaroğlu called Erdoğan the “so-called president,” upon which Erdoğan sued him for compensation.

Erdoğan answered Kılıçdaroğlu by saying: “Turkish democracy does not deserve a mentality that believes insults against its people and its representatives is politics. We leave this so-called chairperson, who cannot call a terrorist a terrorist, to the common sense of the CHP voters as well as the wisdom of the people.”

Similarly, dissidents within the CHP have long criticized Kılıçdaroğlu for pursuing a low-profile and weak opposition against the government and undermining the CHP’s fundamental republican values. Prominent figures have also slammed Kılıçdaroğlu for failing to step down even though he has not won an election in almost a decade.