Sudan nabs 122 people heading to Libya to fight as mercenaries 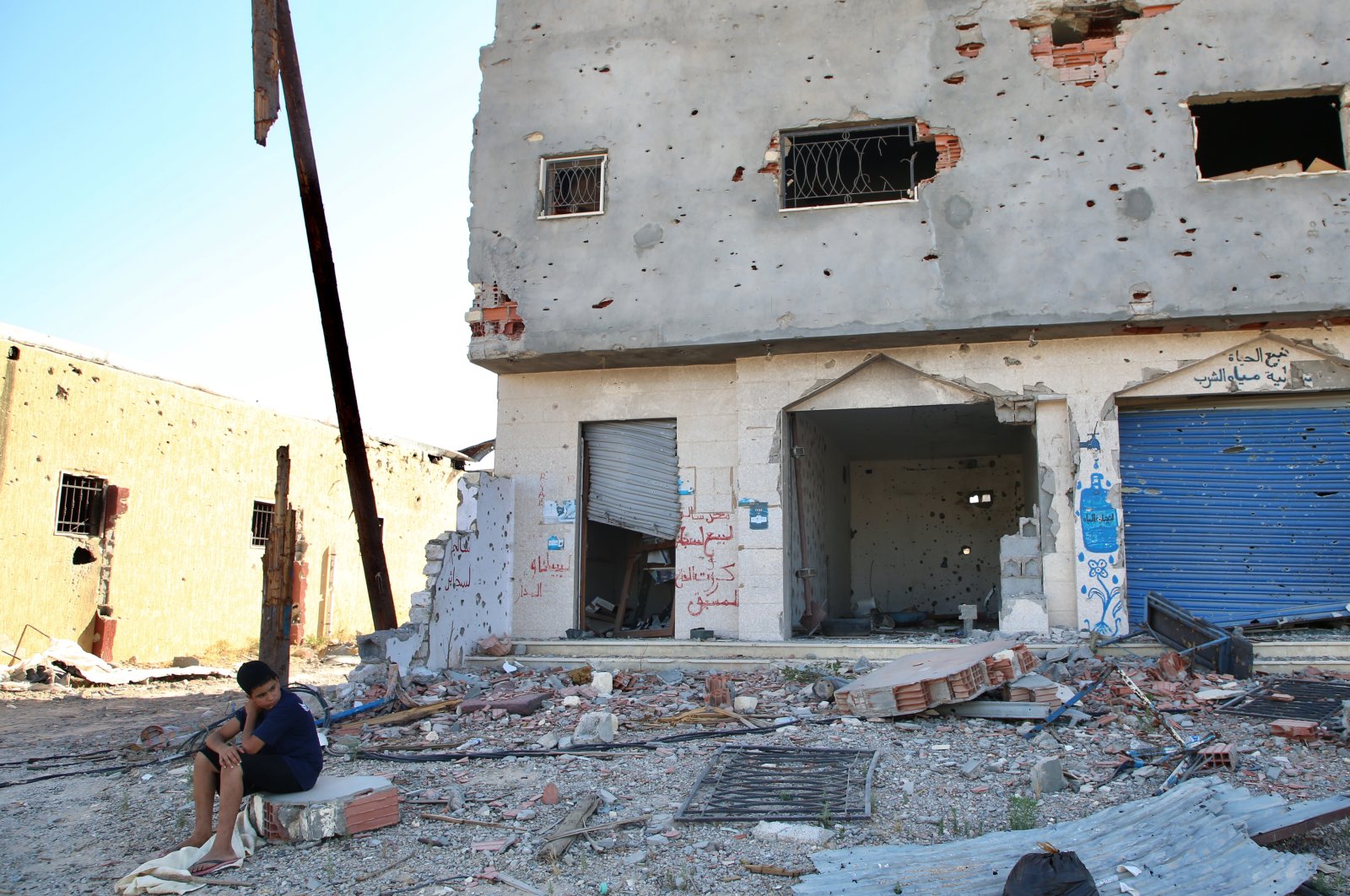 Sudan on Sunday said security forces arrested at least 122 people, including eight children, in the western Darfur region who intended to go and fight as mercenaries in neighboring Libya's civil war.

Brig. Gen. Gamal Gomaa, a spokesman for the paramilitary Rapid Support Forces, said in a statement that 72 of the arrested people belonged to the Sudanese Awakening Revolutionary Council, an armed group led by the former Janjaweed militia leader Musa Hilal.

Hilal was an adviser to Sudan’s longtime autocrat Omar al-Bashir before they had a falling out. Hilal quit his post in 2013 to establish his own armed group and was sanctioned by the U.N. Security Council for his involvement in the Darfur conflict. He was arrested in November 2017 and is imprisoned in the capital, Khartoum.

It said the video was shot in al-Junayna, the capital of West Darfur province.

Sudan's Foreign Minister this week denied that Sudanese forces were involved in the conflict in Libya.

In an interview with Agence France-Presse (AFP), Asma Abdalla said, "We cannot get involved in a conflict in any neighboring country."

Sudan is currently undergoing a fragile democratic transition after massive protests last year forced the military to topple al-Bashir. The Darfur region remains scarred by war after a rebellion in the early 2000s against al-Bashir was brutally suppressed.

Meanwhile, Libya in recent years has turned into a regional proxy war, with rival administrations in the east and the west, each backed by armed groups and foreign countries.

Gomaa did not say which warring side the arrested had intended to fight for. Sudanese armed groups from the Darfur region have been fighting on both sides of Libya’s conflict, according to a report by U.N. experts.

Gomaa said the 72 arrested militia members face an array of accusations, including attacking a military camp, inciting violence against the state, recruiting children for fighting and looting. The others would be handed over to the police for further investigation, he said.

He said security forces in February arrested over 240 people for planning to join the fighting in Libya. He said they were brought to justice, without elaborating.

The Russian Wagner group, which is owned by businessman Yevgeny Prigozhin, a figure close to Russian President Vladimir Putin, also sent mercenaries to fight in Libya.

Russia had also been trying to recruit fighters from various Arab tribes in the terrorist YPG/PKK-held Hasakah province to fight in Libya. A similar transfer of some 600 mercenaries from Syria's Homs province took place earlier.

According to a recent report by Bloomberg, Wagner brought 1,400 mercenaries and 25 Russian pilots to train Haftar forces in Libya. In October 2019, the internationally recognized Government of National Accord (GNA) announced that 35 Wagner mercenaries were killed in an airstrike in southern Tripoli. Russian Meduza website confirmed the information, stating that most of the killed militia were from Russia's Krasnodar, Sverdlovsk and Murmansk regions.

Libya has been in turmoil since a civil war in 2011 toppled Moammar Gadhafi, who was later killed. The east-based putschist Gen. Khalifa Haftar launched a surprise offensive last year to take the capital Tripoli, clashing with the GNA-allied forces there.

With heavy military support from Turkey, the Libyan Army forces have gained the upper hand in recent weeks, retaking the capital’s non-functioning airport, all the city’s main entrances and a string of western towns.

The Libyan Army is backed by Turkey, Qatar and Italy, while Haftar receives backing from the United Arab Emirates and Egypt, as well as France and Russia.

Libya has the ninth-largest known oil reserves in the world, and many of these countries are apparently jockeying for influence in order to control Libya’s resources.