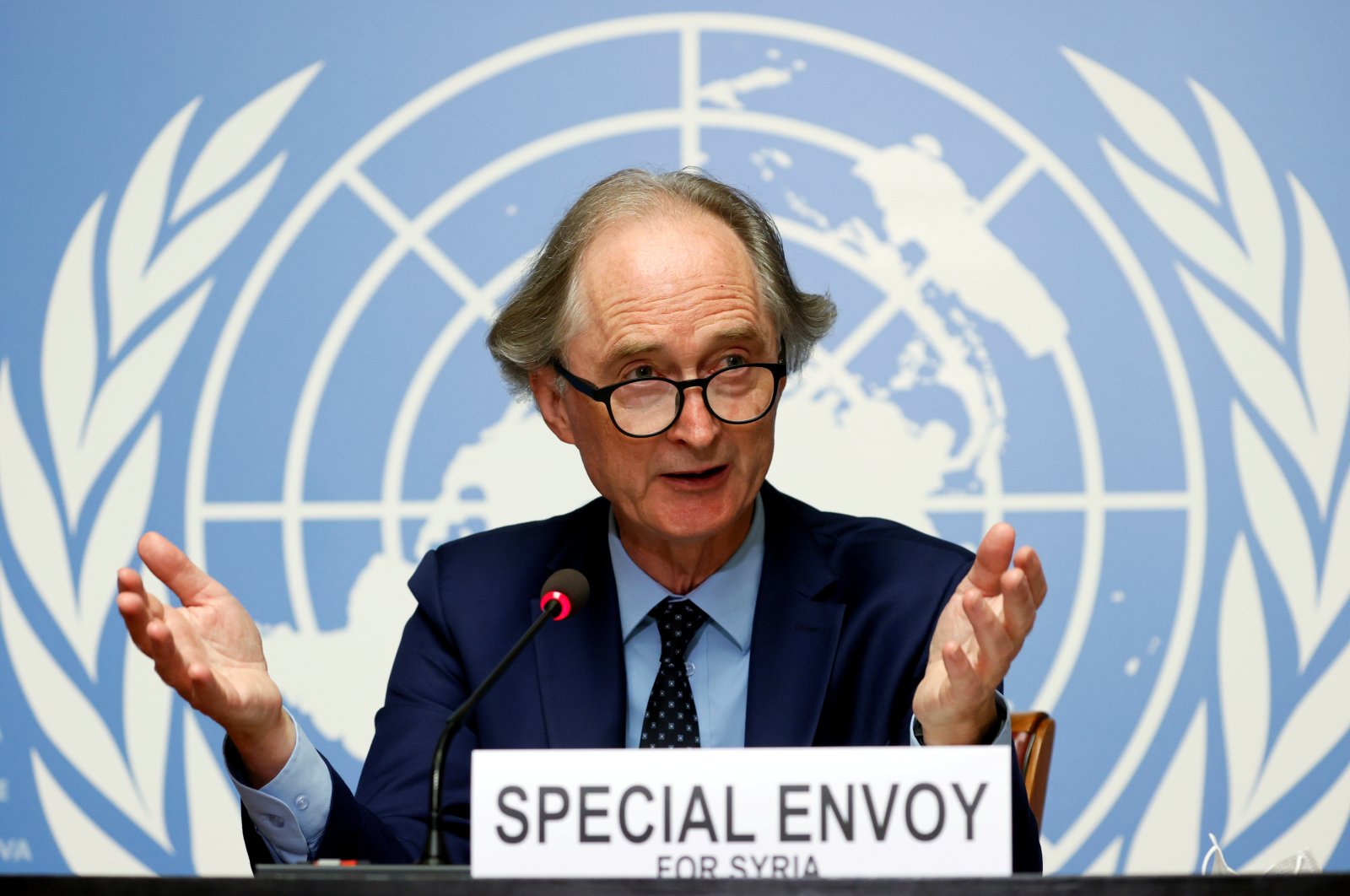 U.N. Special Envoy for Syria Geir Pedersen gestures during a news conference ahead of a meeting of the Syrian Constitutional Committee at the United Nations in Geneva, Aug. 21, 2020. (REUTERS)
by Daily Sabah with DPA Aug 27, 2020 1:31 pm
RECOMMENDED

Envoys from the Syrian regime, opposition groups and civil society will relaunch talks at the United Nations in Geneva Thursday, following a three-day suspension caused by COVID-19 infections among delegates, according to a U.N. statement.

The talks on Syrian constitutional reform are set to resume "with full social distancing and related precautions in place," said the office of U.N. Syria envoy Geir Pedersen, who convened the meeting.

The delegates launched their first talks in nine months Monday, but within hours, Swiss health authorities ordered them to quarantine in their hotel rooms after four participants tested positive for the coronavirus.

The meeting, set to last through the week, will constitute the first of its kind in nine months. The pandemic forced the postponement of an earlier meeting in March. Participants were tested for the coronavirus before and after arrival in Geneva, the U.N. envoy's office said.

Pedersen is hosting three 15-member teams from Syria, while major regional and world powers – Turkey, Russia, Iran and the U.S. – are expected to be present on the sidelines. The Syrian Constitutional Committee was created in September last year and first convened a month later.

The second round of talks, planned for late November, failed to get off the ground following an early disagreement. Since then, they have been delayed due to the coronavirus pandemic.

With a fragile cease-fire largely holding in the opposition-held region of Idlib, Pedersen said last week he hoped to build “trust and confidence” in a U.N.-led process that has produced few concrete results so far.

However, Pedersen is also hoping for the release of detainees and a nationwide cease-fire.

Currently, the opposition is demanding a new constitution, while Bashar Assad's regime proposes that the current charter be amended.