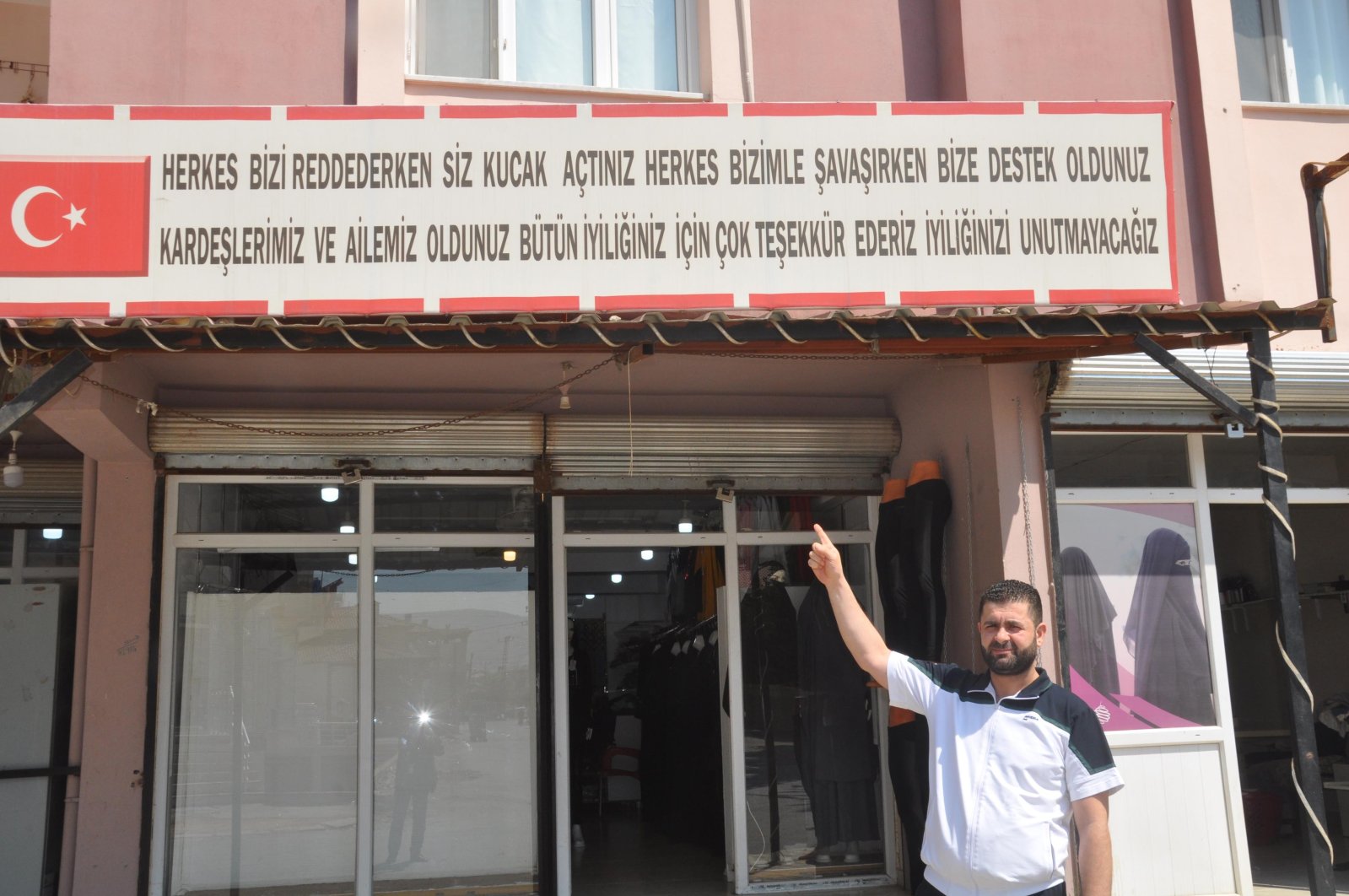 A refugee who settled in Turkey after fleeing the Syrian civil war hung a signboard of appreciation for the country embracing Syrians after the world turned their back on them, Hatay province, Turkey, Aug. 22, 2020 (DHA Photo)
by Daily Sabah with IHA Aug 23, 2020 4:13 pm

A Syrian refugee, who fled the Syrian war and sought a new life in Turkey’s Hatay province, has hung a signboard of appreciation above his shop as he thanked Ankara for embracing Syrian civilians.

“While everybody rejected us, Turkey has embraced us. While everyone fought us, Turkey supported us. You have been our brothers and family. I thank you for all your goodwill that will not be forgotten,” Mohammed Haled Alhajele said. Alhajele, after fleeing Syria’s capital Damascus with his family six years ago, opened a tailor shop in southern Hatay’s Reyhanlı district, bordering Syria.

“I made a signboard of appreciation for the beloved people of Turkey because they provided us with safety and aid. I thank President Recep Tayyip Erdoğan for being on our side,” Alhajele said, adding that he was overjoyed over the news of Turkey’s natural gas discovery in the Black Sea just as the Turkish people were.

Turkey hosts the largest number of refugees and has officially spent, per capita, more than any other nation on humanitarian aid. The country continues to make solid efforts to alleviate the plight of refugees.