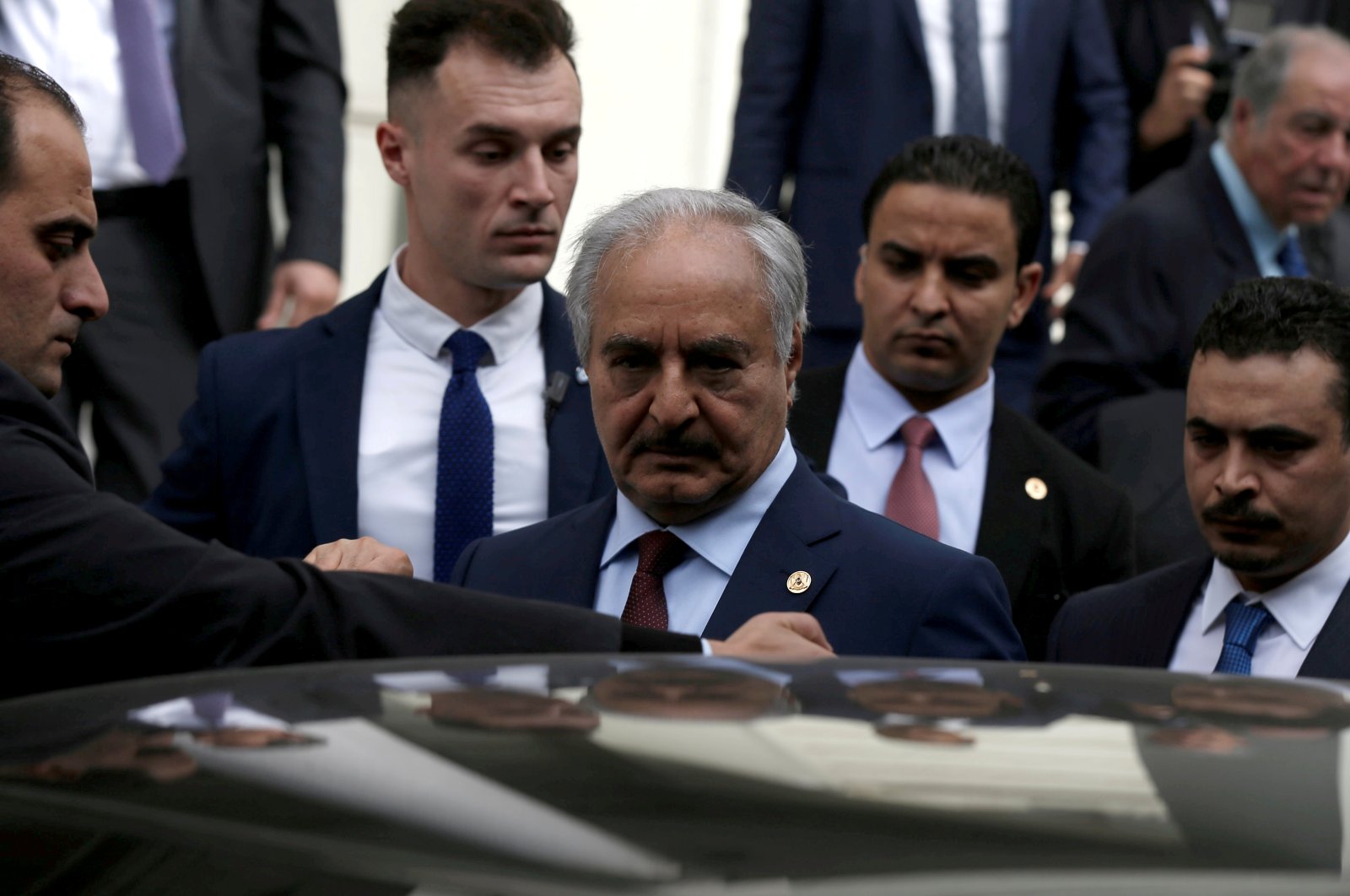 Libya's self-proclaimed Gen. Khalifa Haftar gets into a car after a meeting with Greek Foreign Minister Nikos Dendias at the Foreign Ministry in Athens, Greece, January 17, 2020. (Reuters Photo)
by Daily Sabah with DHA
May 30, 2020 6:00 pm

A group of Syrians has decided to turn down a job opportunity after discovering that it detailed fighting alongside the ranks of the illegitimate forces of Libyan warlord Khalifa Haftar in the east of Libya, Demiröen News Agency (DHA) reported Saturday.

According to information obtained from local sources, the Syrians arrived from the town of Zakyah to embark on the opportunity in Homs, only to since withdraw after learning that it involved being sent as mercenaries to Libya.

According to the report, the Syrians returned to Zakyah after contacting their families as more details about the agreement emerged.

Haftar, who has been engaged in a campaign to seize the Libyan capital Tripoli from the official U.N.-recognized Government of National Accord (GNA), is known for his dependency on foreign support and mercenaries. In recent weeks, many reports and footage that Haftar received support from countries including Russia and the United Arab Emirates have emerged.

Most recently, the U.S. has accused Russia of openly supporting Haftar, delivering aircraft for use against the official government and worsening the situation in the war-ravaged country.

Russian military aircraft are likely to provide close air support and offensive fires for the Wagner Group, a private military company that is supporting Haftar's forces against the GNA, the command stated, indicating the presence of Russian mercenaries on the ground in Libya.