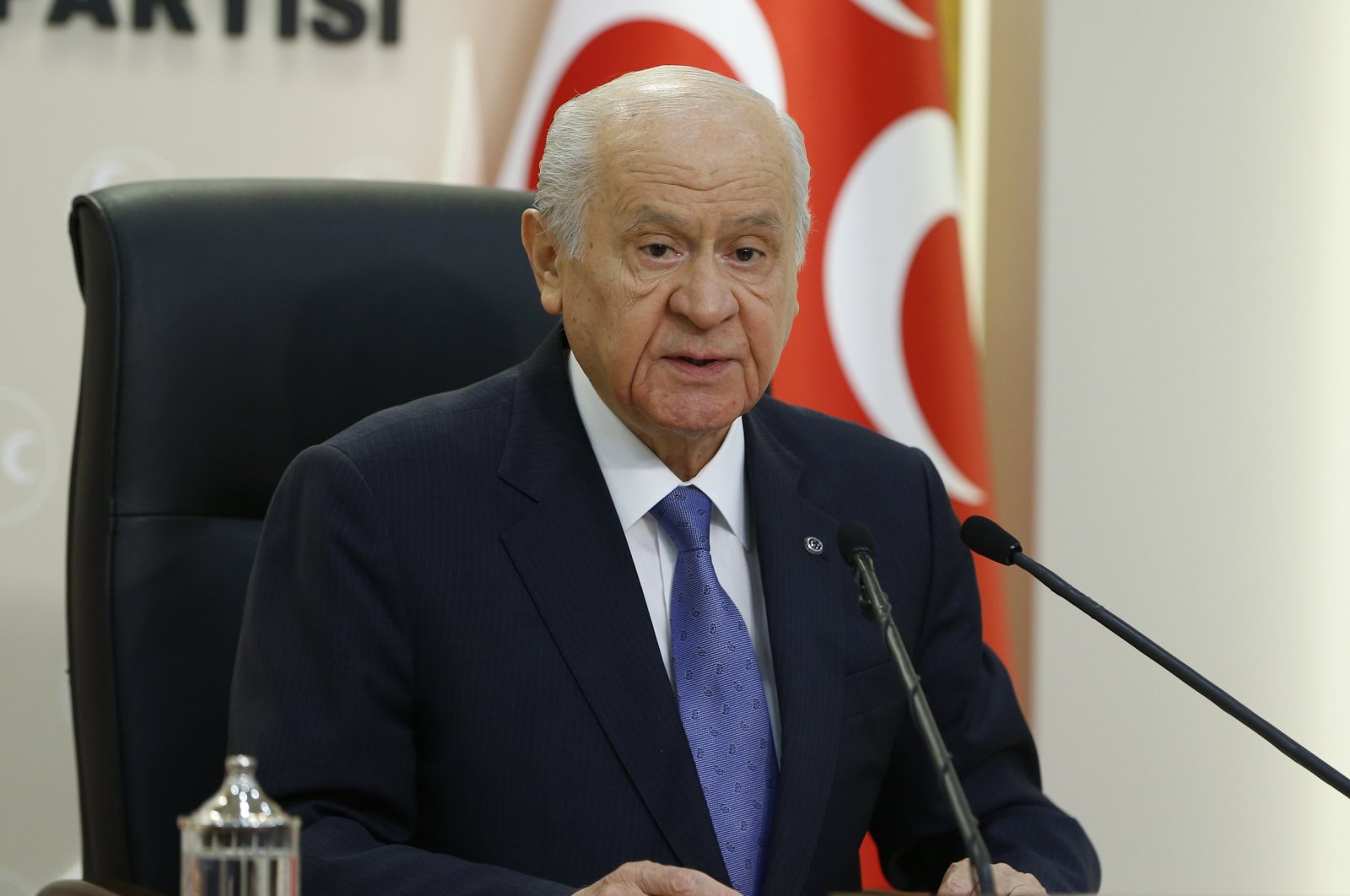 Anybody who tries to hinder Turkey's energy exploration efforts in its coastal waters will regret it, Nationalist Movement Party (MHP) Chairman Devlet Bahçeli said in a written statement Thursday.

"Anyone who dares to confront our navy and research ships in the (Eastern) Mediterranean or the Aegean will pay the heaviest price," he stated.

Bahçeli reiterated that Turkey's rightful actions are in line with international law, adding that they "upended global plans."

Greece, France, Egypt and other countries have moved to deprive Turkey of Mediterranean energy resources and box it in, even though it has the largest coastline on the sea of any country.

"France dispatching a frigate with two warplanes to the Mediterranean will only mean an escalation of the current crisis," Bahçeli underlined.

On Saturday, it was announced that a 2017 defense cooperation agreement between Greek Southern Cyprus and France had entered into force on Aug. 1.

Under the deal, on Aug. 11, two French Air Force warplanes and a transport aircraft landed at Andreas Papandreou air base in the city of Paphos (Baf in Turkish), which is under the control of the Greek Cypriot administration.

"If need be, Turkey will defend it's land and sea borders by force," Bahçeli added.

He also emphasized that the Turkish nation will "overcome all obstacles with a spirit of unity and solidarity."

The seismic research vessel Oruç Reis will continue its two-week mission until Aug. 23 along with the other ships Cengiz Han and Ataman.

Turkey has consistently opposed Greece's efforts to declare an exclusive economic zone based on small islands near Turkish shores, violating Turkey's legitimate interests in the region.

President Recep Tayyip Erdoğan said a solution to the dispute can only be established through dialogue and negotiations and urged Athens to respect Turkey's rights.