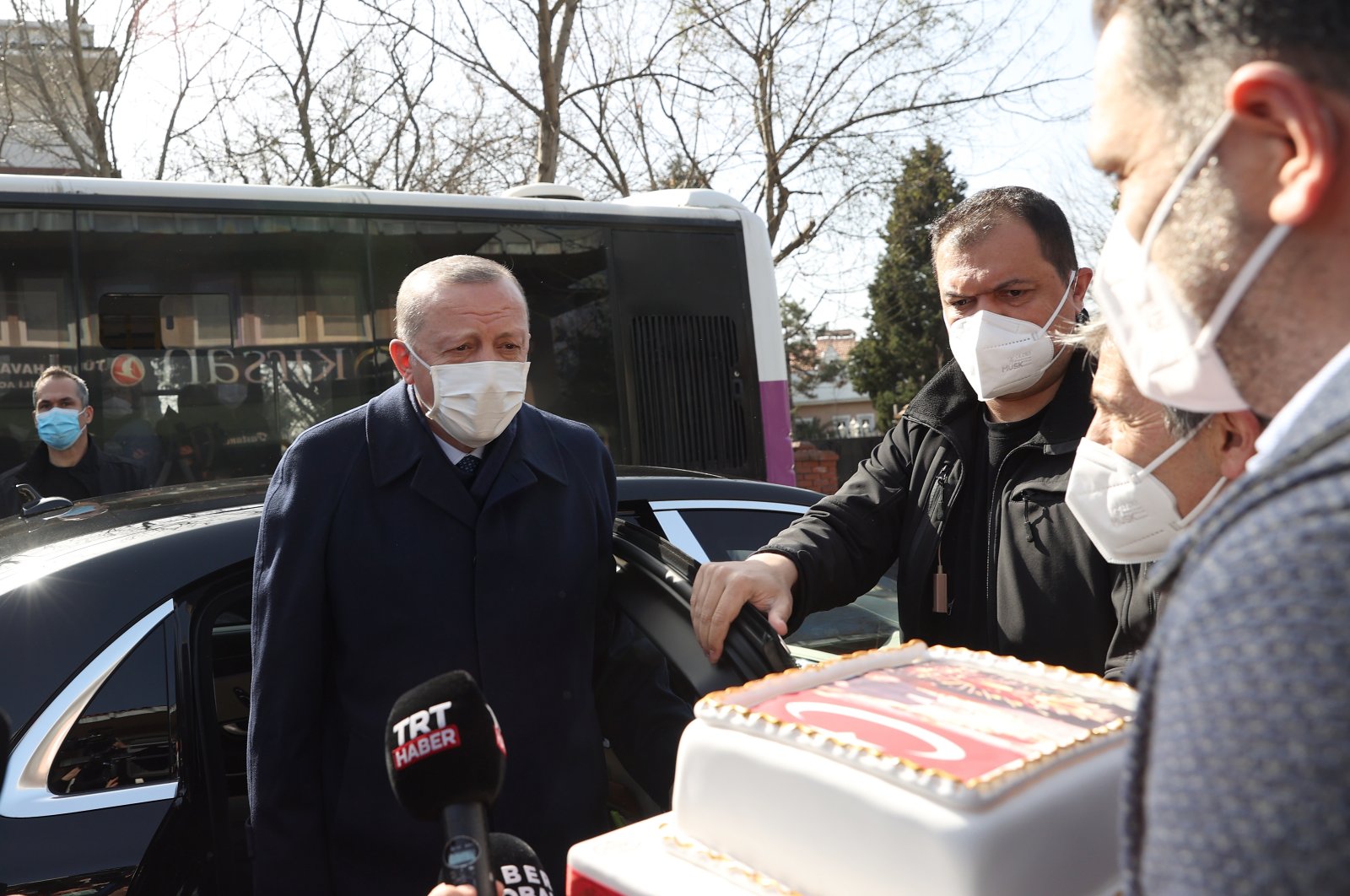 Emotional messages were shared with the tag “#HappyBirthdayManoftheNation” on Thursday to celebrate the 67th trip around the sun for President Recep Tayyip Erdoğan on social media.

Caring notes were posted along with Erdoğan’s photographs, including one with the first lady while holding hands.

The ruling Justice and Development Party (AK Party) prepared videos of the president’s previous 67 birthdays for the occasion.

Several high-level Turkish officials, as well as world leaders, were also among those celebrating.

In his post on his social media account, Justice Minister Abdulhamit Gül shared Erdoğan’s photo with the note “Blessing to your life.”

World leaders were also quick to celebrate the Turkish leader. Ukrainian President Volodymyr Zelenskiy wrote on social media: “Congratulations to the close friend and ally President Recep Tayyip Erdoğan on his birthday! I appreciate Turkey's support for Ukraine’s sovereignty and territorial integrity. I warmly recall my visit to Turkey in 2020 and look forward to the IX High-Level Strategic Council to deepen our relations.”

In addition, children at a primary school in Konya sang “Long live Grandpa Tayyip,” a tune written and composed by Hüseyin Kubilay Öztuğ, an artist at the Konya Turkish Sufi Music. The work was vocalized and recorded in the group's recording studio with a choir composed of the students and it was filmed at the Sultan Veled Concert Hall of the Mevlana Cultural Center.

The Diyarbakır families protesting the PKK terrorist group in the southeastern province also celebrated the president, hailing him for his support for their sit-in.