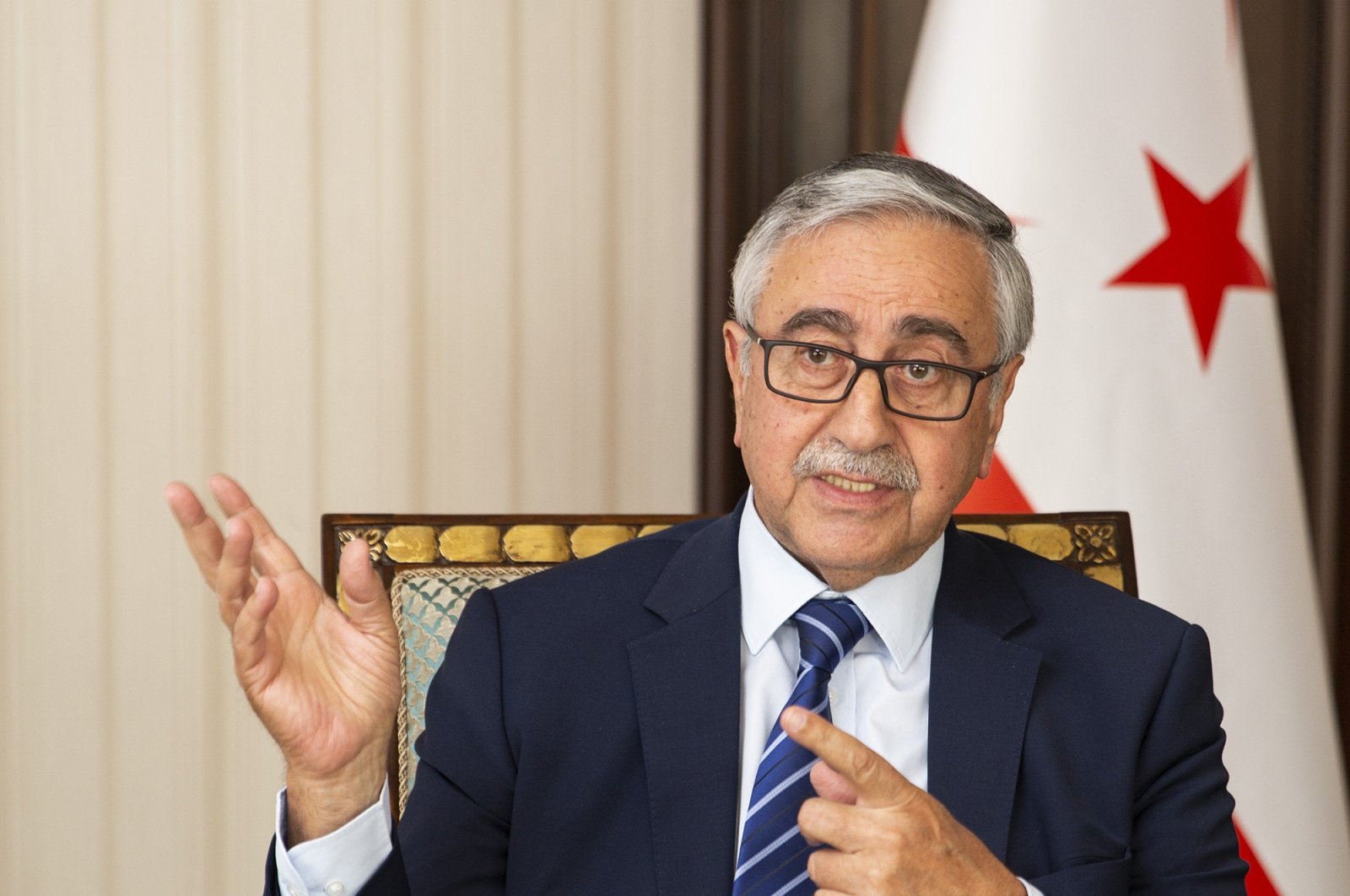 Turkish Republic of Northern Cyprus (TRNC) Economy and Energy Minister Hasan Taçoy criticized President Mustafa Akıncı on Monday saying political exploitation based on an anti-Ankara stance will not benefit anyone.

As the TRNC prepares for presidential elections on Oct. 11, tensions in the country’s domestic politics have escalated recently. Incumbent President Akıncı is known for his support for a federal solution and negative statements on Turkey.

Taçoy slammed Akıncı’s silence over the recent developments in the Eastern Mediterranean. He said a profile incapable of defending the Turkish Cypriots' rights while using an anti-Turkey stance will not do the president any good.

"Mainland Turkey is fighting against several actors in the Eastern Mediterranean. Why? Is it only about Turkey's areas of jurisdiction? No. They are there to defend the TRNC’s rights, too. Every citizen of TRNC must be proud of it," he said.

Turkey, as a guarantor nation for the TRNC, is currently carrying out hydrocarbon exploration activities in the region. Ankara has consistently contested the Greek Cypriot administration's unilateral drilling in the Eastern Mediterranean, asserting that the TRNC also has rights to resources in the area.

Taçoy said every TRNC citizen should support Turkey’s legitimate and rightful struggle in the region.

"Turkey’s and our arguments are based on international law. Akıncı, who always supports federation in his election campaign, is obviously unaware of political developments in our region and only focused on collecting votes," he added.

According to a Gezici Research and Polling Company survey, involving 4,630 people last month, 84.9% of Turkish Cypriots would like a president who will have close relations with Ankara.

Turkey's guarantor role, established in 1960 by the London and Zurich Agreement, has been in effect since its intervention against a 1974 military coup aimed at Cyprus' annexation by Greece.

Some 83.6% of Turkish Cypriots said in the survey that Ankara's guarantor status "should continue as is," while 5.9% said "it should be ended" and 5.5% feel the "European Union and the United Nations should be guarantors."

The TRNC was established in 1983 on the northern tier of the island and is only recognized by Turkey. The country faces a longstanding embargo on commerce, transportation and culture.

The decades since have seen several attempts to resolve the Cyprus dispute, all failing. The latest, held with the participation of the guarantor countries, came to an end with no signs of progress in 2017 in Switzerland.

Akıncı has previously been criticized for his anti-Ankara statements, claiming that the TRNC would become part of Turkey if it cannot reunify with the Greek Cypriots.

"If this failed to happen, he (Akıncı) said, the north (TRNC) would grow increasingly dependent on Ankara and could end up being swallowed up, as a de facto Turkish province," The Guardian cited Akıncı as saying in February.

Akıncı is the fourth president of the TRNC, an office he has held since 2015. Originally an architect, Akıncı’s political career began with the mayorship of the Turkish side of the capital province of Lefkoşa (Nicosia), which lasted for 14 years. He was a member of the Communal Democracy Party (TDP) that was founded in 2007 with an emphasis on social democracy and a united Cyprus, until his 2014 resignation.

In 2015, Akıncı raced in the presidential elections as an independent candidate and won by receiving 60.5% of the second-round votes. During his presidency, he gave importance to the resolution of the Cyprus issue and resumed negotiations with the leader of the Greek side, Nicos Anastasiades.