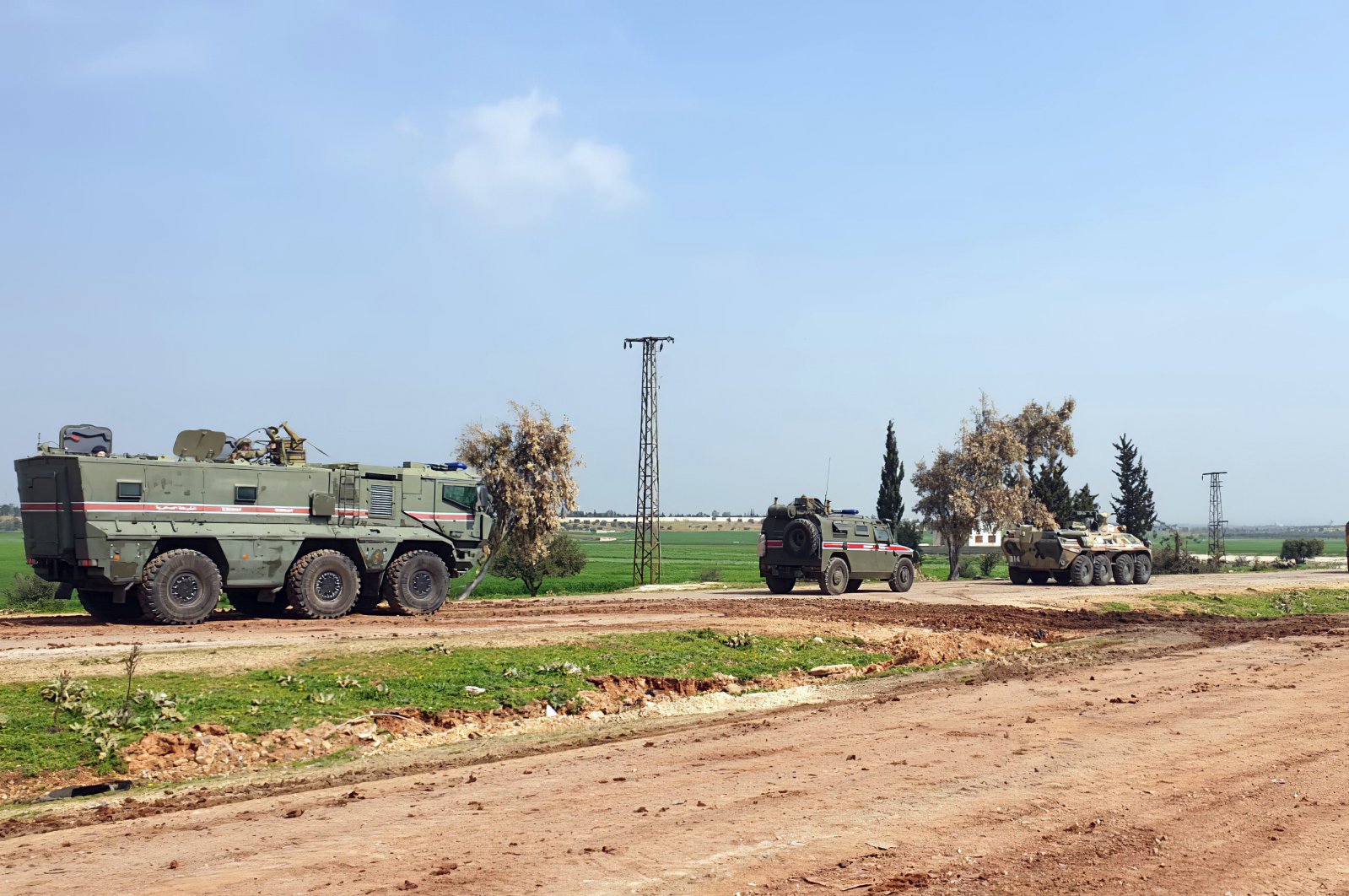 The patrol covered the M4 highway, which links the cities of Aleppo and Latakia, and is part of the two countries' efforts to uphold a cease-fire agreement in the region.

As part of the agreement, Turkish and Russian forces are to carry out joint patrols along the M4 highway linking Syria's east and west, as well as to establish a security corridor on either side of the road.

During earlier negotiations, Russia reportedly proposed a map that edged the borders of the Sochi deal borders north of the strategic M4 and M5 highways, thus putting 60% of Idlib under regime control. However, Turkey said it would make no concessions on its observation points. Along with many European officials and the U.N., Ankara is concerned about the civilian displacement in Idlib due to regime operations, which could trigger a new mass exodus to the Turkish border and Western countries.

Turkey launched Operation Spring Shield on Feb. 27 after at least 34 Turkish soldiers were killed in a Bashar Assad regime airstrike in Idlib province and after repeated violations of previous cease-fires.

According to a 2018 deal with Russia, Turkish troops were to remain in Idlib to protect civilians from attacks by the regime and terrorist groups.