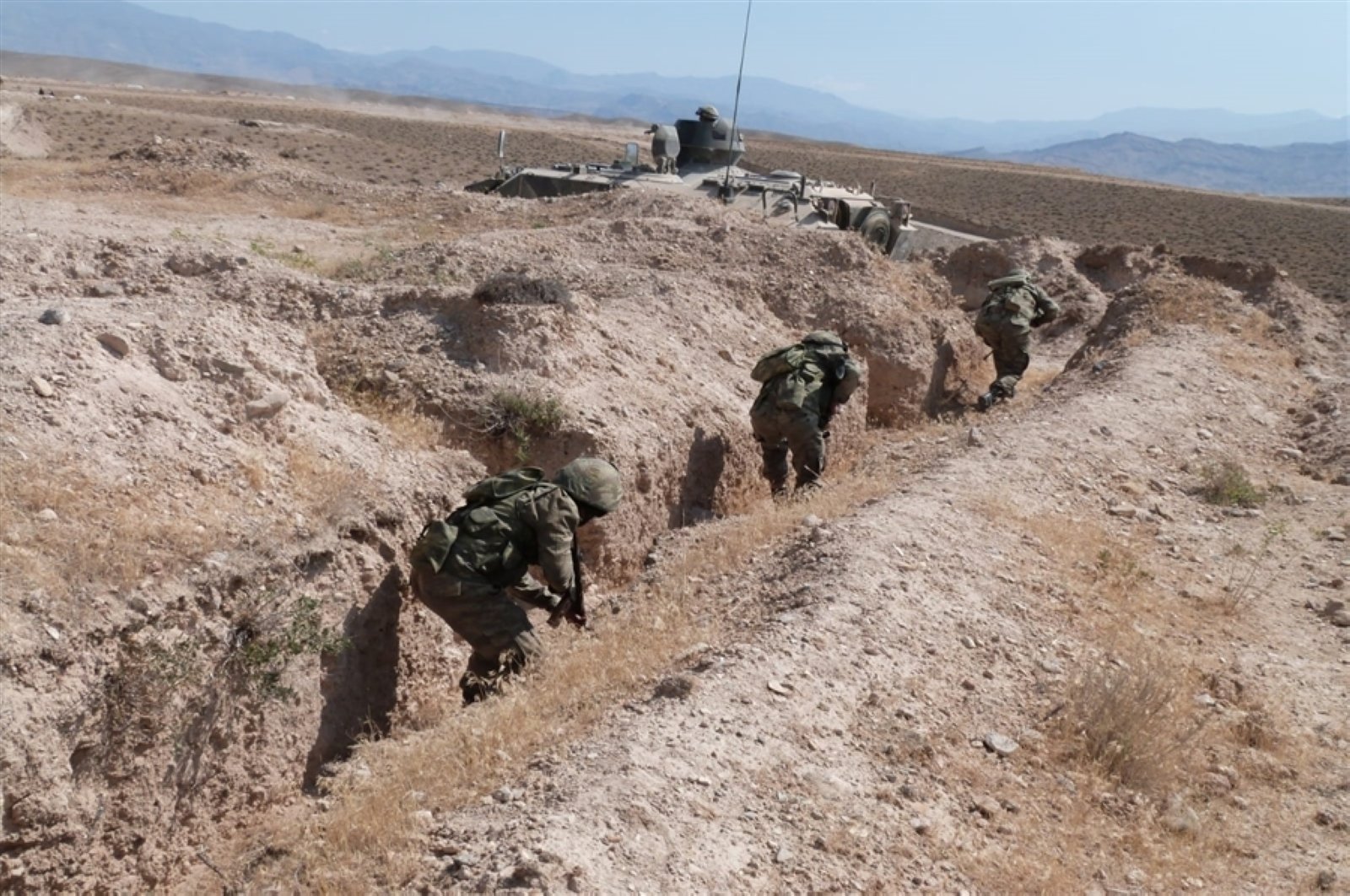 Joint military exercises with the participation of Turkey and Azerbaijan's air and ground forces are continuing, Aug. 1, 2020. (AA Photo)
by DAILY SABAH WITH AA Aug 03, 2020 11:38 am
RECOMMENDED

Joint military exercises, which began on July 29 with the participation of Turkey and Azerbaijan's air and ground forces, are ongoing.

"Another stage of the Azerbaijani-Turkish Live-Fire Joint Large-Scale Tactical Exercises held in our country in accordance with the Agreement on Military Cooperation has been conducted," Azerbaijan's Defense Ministry said on Sunday.

"According to the plan, the efficiency and coordination of tasks, the organization of interoperability, logistical support in the course of combat operations, as well as the effectiveness of military personnel and the use of weapons and military equipment have been checked,” the statement said.

Turkey's Ministry of National Defense also shared a nearly two-minute-long video footage of the drills, with the caption: "The TurAz Eagle Exercise, jointly conducted by the Turkish Armed Forces and the Azerbaijan Armed Forces, continues successfully as planned."

Ground exercises, meanwhile, are being held in Baku and Nakhchivan until Aug. 5 with artillery, armored vehicles and mortars striking simulated targets.

The exercises come on the heels of a recent attack by Armenia on Azerbaijani troops in the northwestern Tovuz border region. Twelve Azerbaijani soldiers, including a major general and a colonel, were killed and four others injured in the clashes.

Azerbaijan has blamed Armenia for "provocative" actions, with Turkey throwing its weight behind Baku and warning Yerevan that it will not hesitate to stand against any kind of attack on its eastern neighbor.

Of the security of Azerbaijan and the region, Akar said Turkey and the Turkish Armed Forces (TSK) would continue to do what they have to do, adding, "No one should doubt that."

The two ex-Soviet republics for decades have been locked in a conflict over Armenia’s illegal occupation of Azerbaijan's Nagorno-Karabakh region.

The territory was seized by ethnic Armenian separatists in a war that claimed 30,000 lives in the 1990s, though the recent fighting broke out on a northern section of their shared border far away from Karabakh.