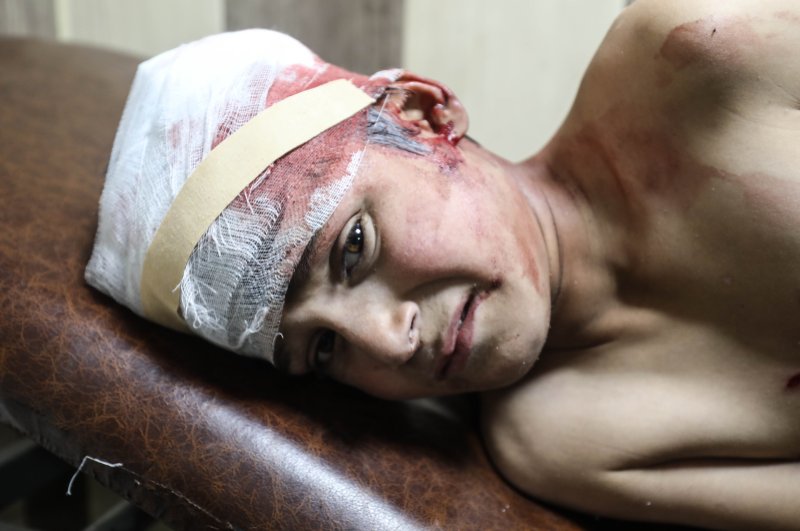 As the Assad regime continues to attack civilians, 11 people, including five children, were killed Thursday during airstrikes in Syria's Idlib province, Feb. 27, 2020
by DAILY SABAH Feb 28, 2020 10:23 am
Edited By Asene Asanova
RECOMMENDED

The international community has failed to speak up in the face of the unfolding humanitarian tragedy in northwest Syria caused by the Assad regime and its backers, which have been ignoring all efforts for peace including the Sochi and Astana processes, Presidential Communications Director Fahrettin Altun said, adding that world powers must impose a no-fly zone in Syria.

“The regime has taken advantage of the international silence in the face of its crimes for years. Abandoning Idlib to its fate will mean a dream come true for the regime. They have been pursuing demographic and ethnic cleansing in this region. We cannot look the other way!” Altun wrote on Twitter Friday.

The statements of the communications director came after forces loyal to the Assad regime killed 33 Turkish soldiers and wounded another 32 in northern Syria, upon which an emergency national security meeting under the leadership of President Recep Tayyip Erdoğan was held late Thursday. Turkey decided to respond to the illegitimate Assad regime, which is responsible for the attack and the murder of hundreds of thousands of Syrians.

“Millions of civilians have been bombarded from the air for months now. Infrastructure, including schools and hospitals, is being targeted by the regime systematically. A genocide is happening slowly before our eyes. Those of conscience and dignity must speak up!” Altun urged further.

The Assad regime's latest assault, which ignores the cease-fire deal, has caused nearly 1 million people to flee from northwestern Idlib province since December, creating a dire humanitarian situation for the people left without shelter, food and other basic needs. Civilian settlements have also been frequently a target while at least 50 hospitals were targeted recently in the region, according to the World Health Organization (WHO).

"The international community must act to protect civilians and impose a no-fly-zone. The guarantors of the Astana process, Russia and Iran, will lose all their credibility if they fail on their commitment to reduce violence and hostilities in Idlib," Altun said.

“The Assad regime has been conducting ethnic cleansing & seeks to drive millions of Syrians out of Idlib. These people will try to escape to Turkey and Europe. Given we are already hosting close to 4 million refugees, we do not have the capacity or resources to allow the entry of another million,” Altun added.

He further elaborated that the Assad regime had been a menace to Turkish national security, in the region and to Europe while also oppressing its own people. Turkey has been fighting terrorists in Syria in self-defense, honoring its commitments as part of its Astana and Sochi agreements, and helping the internally displaced and refugees.

“We have been targeting all regime positions from the ground and the air. We call on the parties of the Astana process and the broader international community to honor their responsibilities. A repeat of past genocides such as those in Rwanda and Bosnia cannot be allowed in Idlib,” Altun said.