Turkey delivers aid to Azerbaijan amid clashes with Armenian separatists 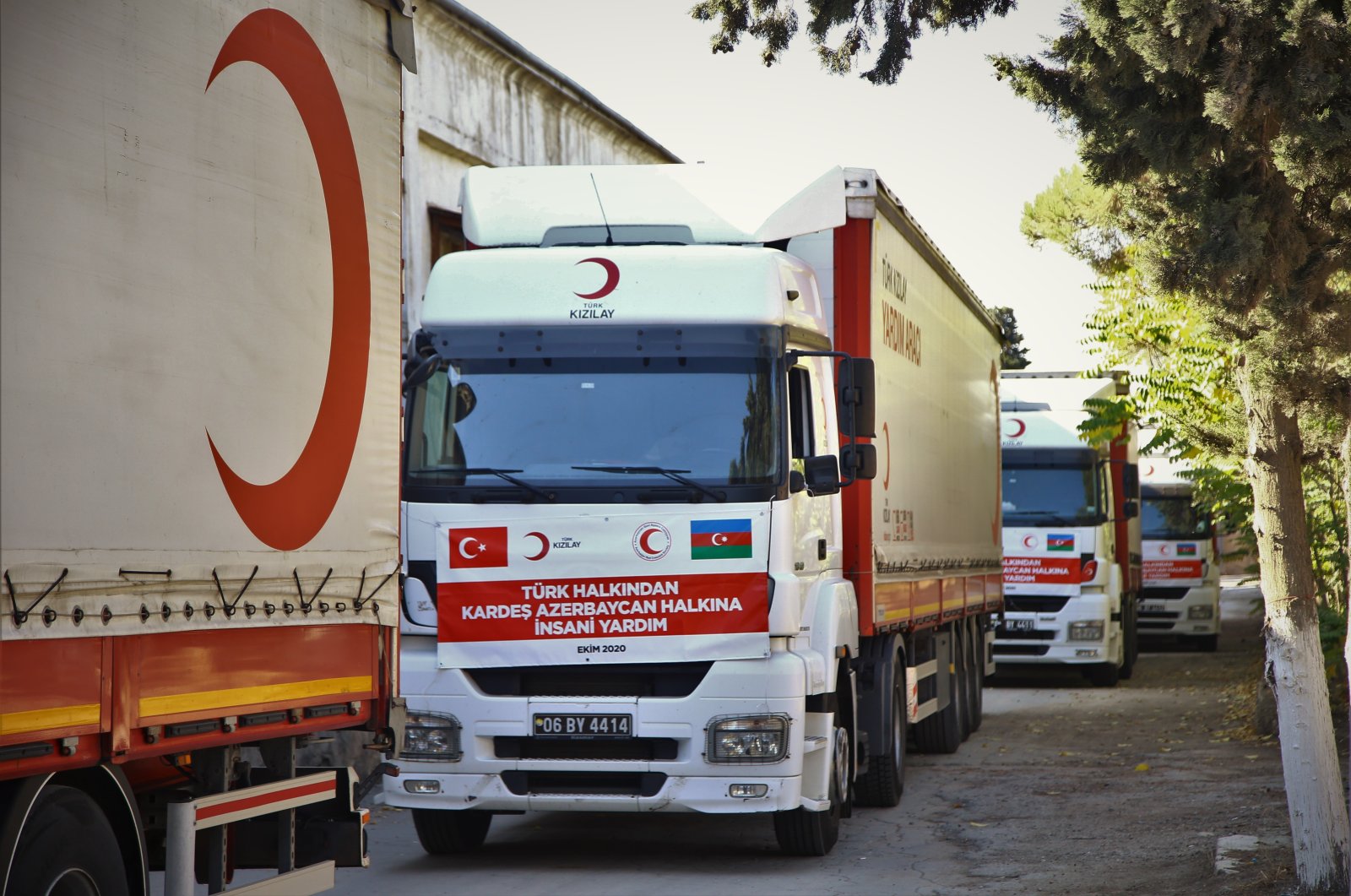 An aid convoy of the Turkish Red Crescent (Kızılay) carrying relief supplies to the Azerbaijani people affected by clashes in the Nagorno-Karabakh region arrived in the capital Baku on Wednesday.

The convoy of four trucks loaded with humanitarian aid was received by Turkey's Ambassador to Azerbaijan Erkan Özoral, Azerbaijan Red Crescent Vice President Qafar Asgarzade and other officials in Baku.

The relief supplies were put in the warehouse of the Azerbaijan Red Crescent to be delivered to civilians living in the conflict-struck region.

Speaking at the reception ceremony, Özoral reiterated Turkey's support for Azerbaijan in the dispute with Armenia over Nagorno-Karabakh, an internationally recognized territory of Azerbaijan.

"We will continue to provide all kinds of support to Azerbaijan," he said.

According to Azerbaijani authorities, 43 Azerbaijani civilians have been killed in Armenian attacks and more than 200 others injured so far.

The two states agreed to a humanitarian cease-fire taking effect on Saturday for the exchange of prisoners and retrieval of bodies in the region.

The truce came after a trilateral meeting in Moscow on Friday between the foreign ministers of Russia, Azerbaijan and Armenia.

But Armenian forces Sunday launched a missile strike on Azerbaijan's second-largest city Ganja – although the region is outside the frontline zone – killing 10 civilians and injuring 35.