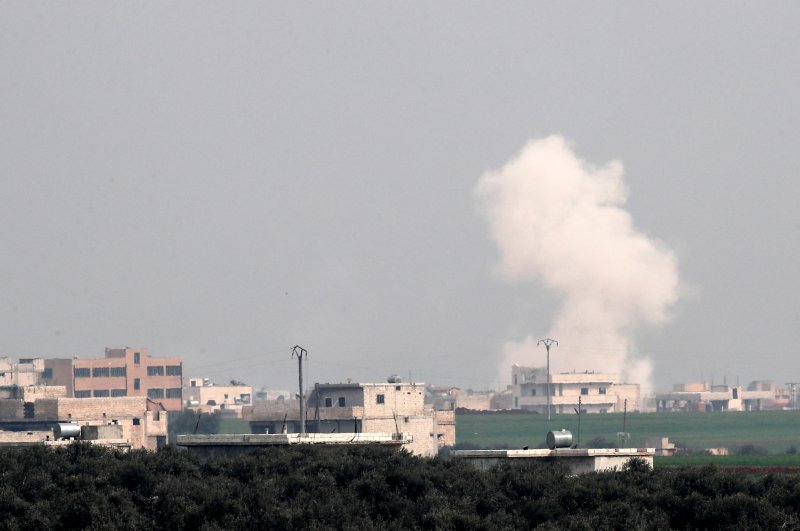 Smoke rises after an airstrike in Saraqib in Idlib province, Syria February 28, 2020. (Reuters Photo)
by Daily Sabah with Agencies Feb 29, 2020 10:37 am
RECOMMENDED

Turkey has destroyed a chemical warfare facility in northwest Syria in an overnight attack, said a Turkish official Saturday.

The Turkish army destroyed overnight "a chemical warfare facility, located some 13 kilometers south of Aleppo, along with a large number of other regime targets," the senior official told reporters on condition of anonymity.

Following the regime’s attack on Thursday that killed 33 Turkish soldiers in northwestern Syria’s Idlib, TSK carried out airstrikes and artillery shelling throughout Friday.