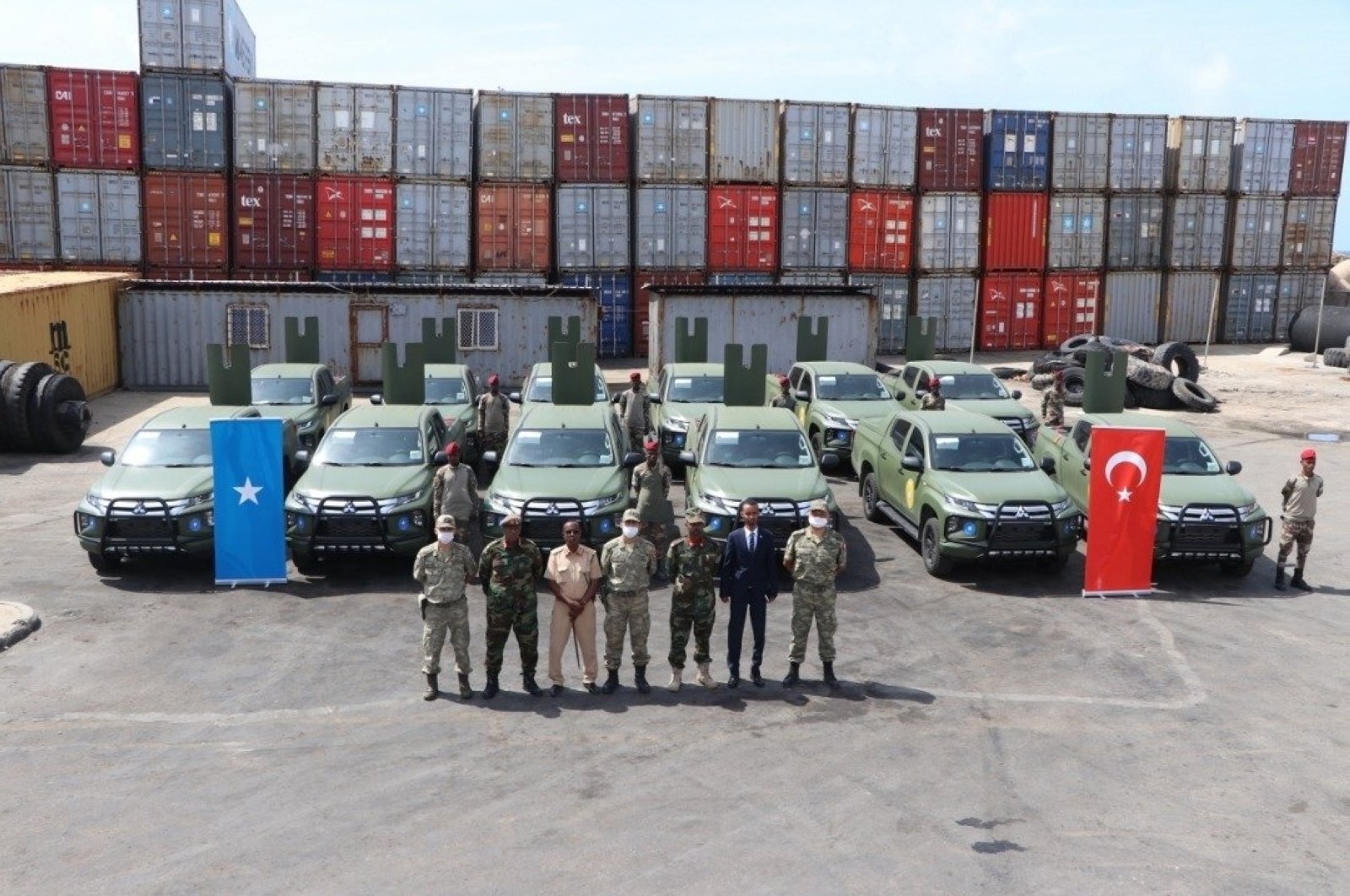 Turkey on Thursday donated 12 new armored personnel carriers to the Somali military to support its fight against the al-Qaida affiliated terrorist group al-Shabab.

The vehicles will be used by Somalia's special unit, namely Gorgor (Eagle), trained and mentored by the Turkish government.

"Today, we are here to receive these latest modern armored personnel carriers from our friendly and brotherly country Turkey and we are thanking them for their support to our military and country," Rageh said.

On Monday, Turkey delivered 12 off-road vehicles to Somalia as part of bilateral military and financial cooperation agreements, according to the Turkish National Defense Ministry.

Turkish-Somali relations have experienced great success over the years, and as part of their strategy of cooperation, Turkey has trained one-third of the Somali military forces.

Yılmaz said earlier this month that historical relations between Turkey and Somalia have dated back many years but began to develop further after President Recep Tayyip Erdoğan’s official visit to Mogadishu in 2011 when the country was struggling with a drought.

“The visit by our president in 2011 to Somalia changed the fate of this country and took bilateral relations to a new level,” Yılmaz said. He said Somalia "came under the spotlight" following President Erdoğan’s visit, noting that Somali sympathies toward Turkey and the Turkish people continue.

Underlining that Erdoğan became the “only non-African leader to visit Somalia in 20 years,” the ambassador said Erdoğan’s message of solidarity was received with happiness by the Somali people.

The foundation was created in cooperation with the Ministry of National Education with the purpose of providing educational services abroad and now runs schools that used to belong to FETÖ, the terrorist group behind the July 2016 coup attempt in Turkey.