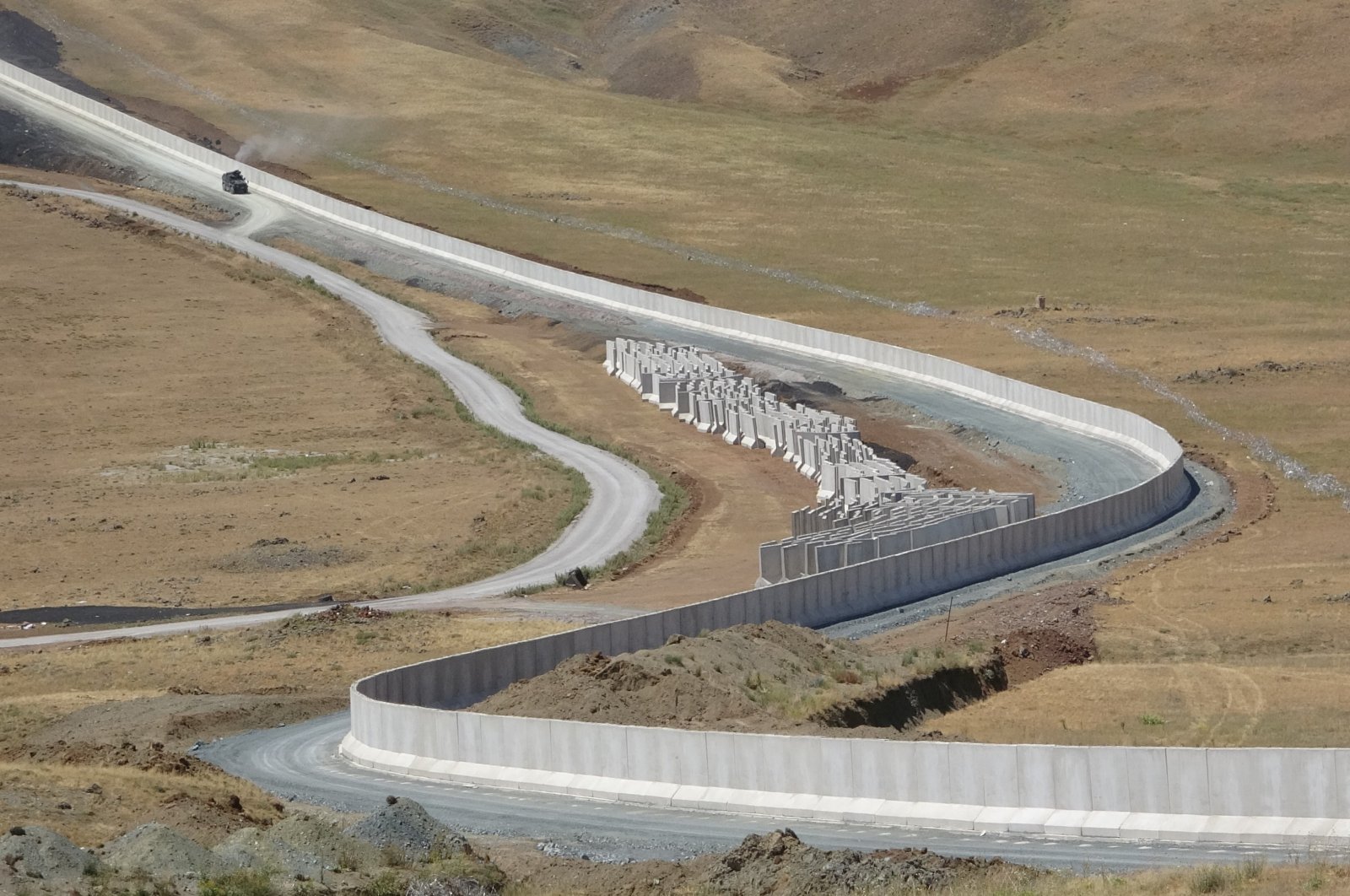 To ensure the safety and security of the Turkish-Iranian border, a 295-kilometer (183-mile) long wall will be constructed along the entire shared border, Emin Bilmez, the governor of the eastern province of Van, said Tuesday. It is hoped that the wall will help to prevent illegal crossings and the trafficking of contraband and that it will also hinder terrorists from infiltrating.

“Due to the increasing waves of migration, our land forces have dispatched two reconnaissance and two commando companies along with armed vehicles to the region. The Ministry of the Interior has allocated 35 special operations teams and 50 armed vehicles to the zone to assist the troops guarding the border,” Bilmez said.

“We have been digging ditches for the past two years at a width of 4 meters (13 feet) and a depth of 4 meters. Barbed wire will enclose the entrance of these ditches,” Bilmez added.

“Along the whole 295-kilometer long border, we will put up a wall. We foresee that a section of 64 kilometers will be readied by the end of the year. A tender is being prepared for an additional 63 kilometers of wall. We expect the process to be finalized within this year. The remaining sections will be finished in the upcoming years. In addition to the wall construction, there will be 58 watchtowers and 45 communication towers. Towers will be equipped with thermal cameras, radars, sensors and fire control systems,” Bilmez said.

Both armed and unarmed UAVs have been deployed on the border, conducting reconnaissance missions 24/7. Gathered images are being transferred to relevant departments. 105,000 irregular migrants have been either prevented from crossing the border or apprehended on Turkish soil over the last year, Bilmez added.

“This year alone, we have captured and processed over 55,000 irregular migrants on our borders. 783 organizers (traffickers who make arrangements for migrants to cross illegally) have been processed and around 300 of them have been arrested, from January 2021 until July 2021. The sum of all organizers processed last year was 599."