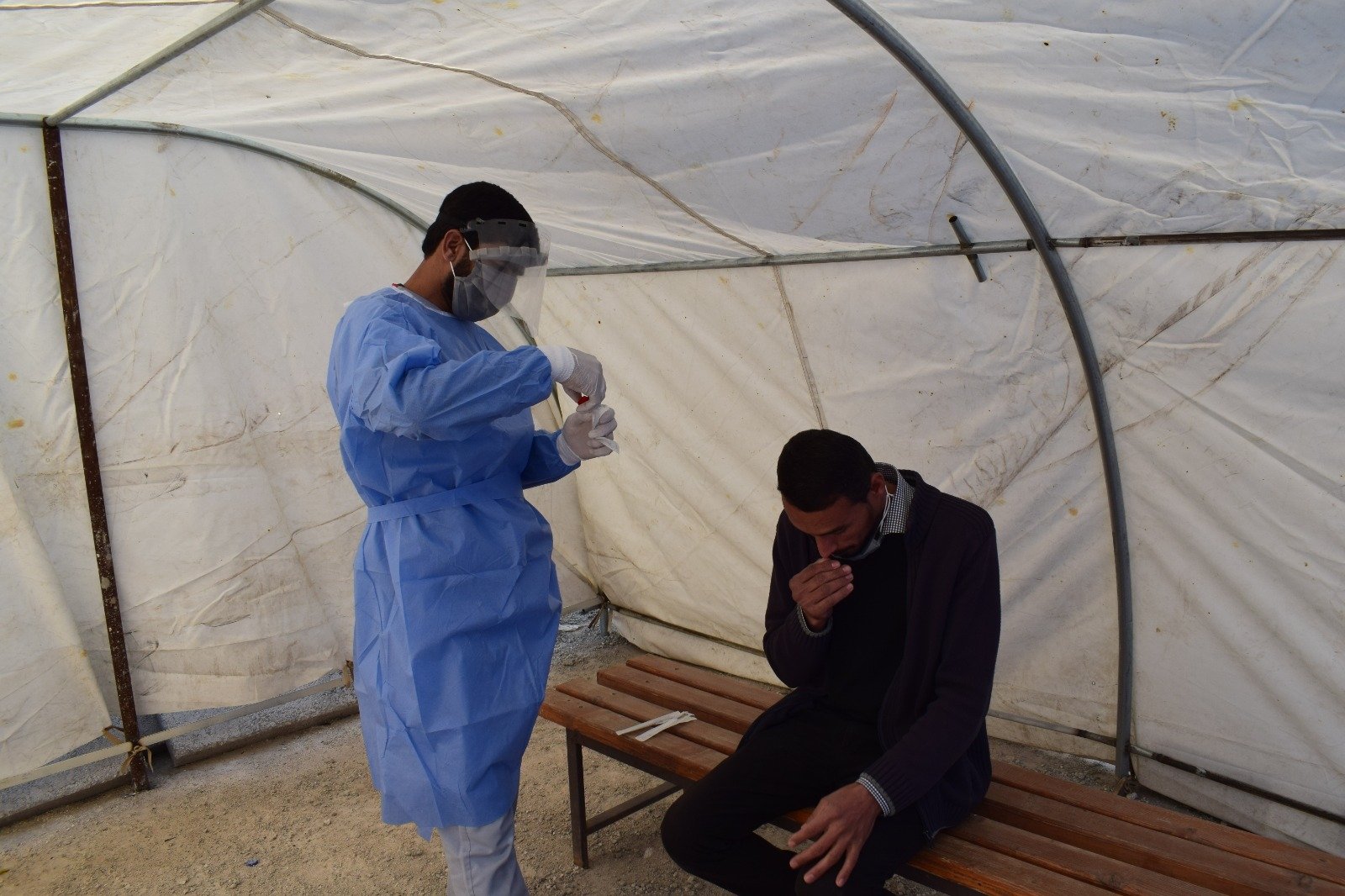 A medical worker and a man are seen at one of the five PCR testing labs established by Turkey to diagnose coronavirus infections in northern Syria's Tal Abyad and Ras al-Ain districts, Jan. 7, 2020. (AA Photo)
by DAILY SABAH WITH AA Jan 08, 2021 11:37 am
RECOMMENDED

The Şanlıurfa Governorate of southeastern Turkey said in a statement that its Syria Support and Coordination Center worked with the Assistance Coordination Unit, a Şanlıurfa-based nongovernmental organization (NGO), to establish testing labs in the Tal Abyad and Ras al-Ain districts that were cleared of the PKK terrorist group’s Syrian branch, the YPG, during Turkey's Operation Peace Spring.

Officials seeking entry into Turkey after staying in Syria for more than 15 days are required to be tested at these centers and will have to show their test results at the border gate.

Since then, Turkey has reached agreements with both the U.S. and Russia to force the terrorist group to withdraw from the planned terror-free zone. The YPG, however, has continued to carry out attacks in the region despite pulling out of those areas under a deal reached by Turkey and the U.S. in October 2019.

Tal Abyad and Ras al-Ain, together with other liberated areas, have been put back on the road to normalization with Turkey's rebuilding efforts. Citizens frequently voice that daily life is getting better as a result of the reconstruction and infrastructure work.

In its more than 40-year terror campaign against Turkey, the PKK – listed as a terrorist group by Turkey, the U.S. and the EU – has been responsible for the deaths of nearly 40,000 people, including women, children and infants.