Turkey in favor of dialogue with Greece, warns of possibility of conflict otherwise 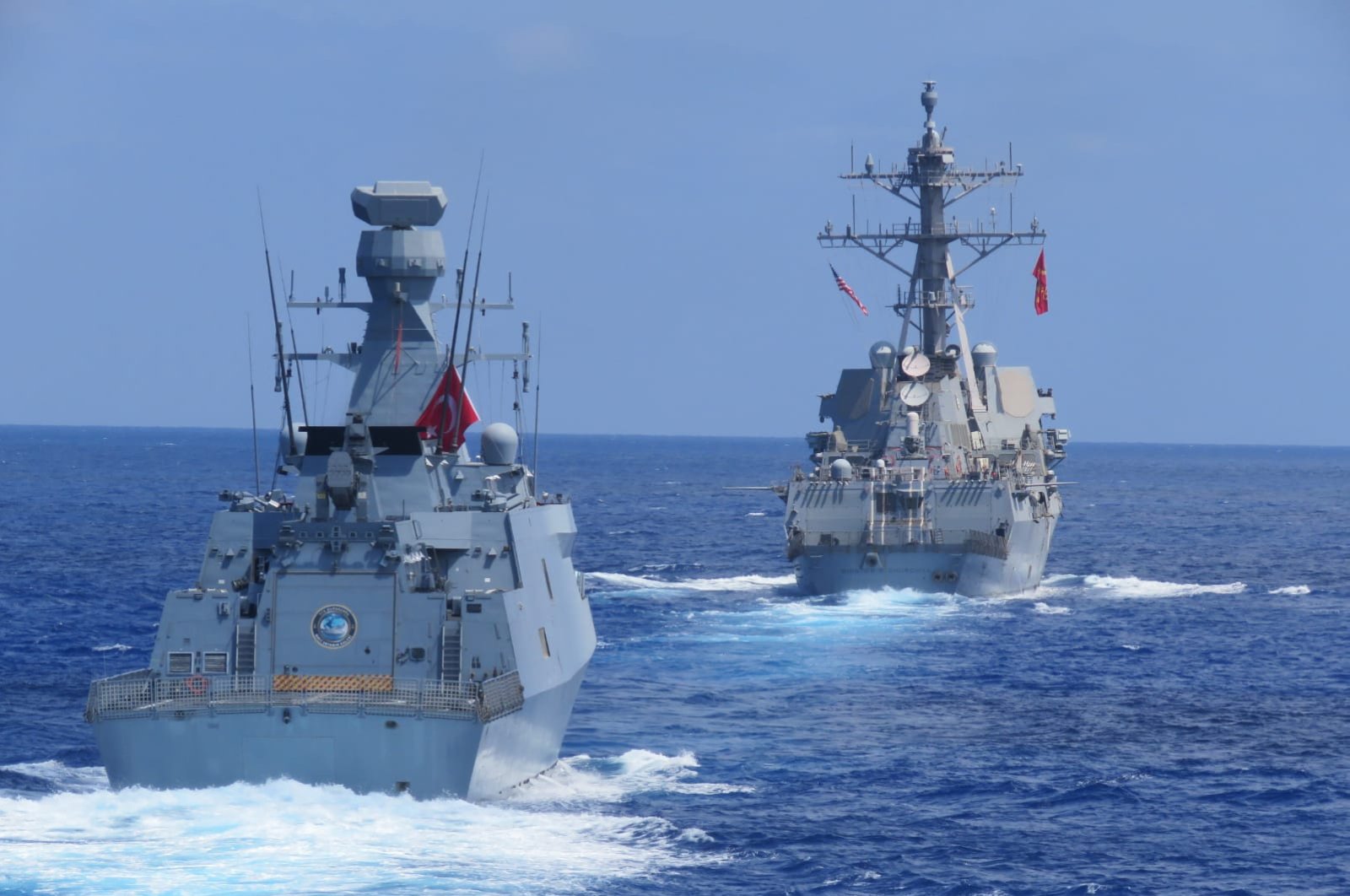 Turkey on Thursday once again called on Greece to have a dialogue over the Eastern Mediterranean as the tension in the region reaches alarming levels, warning that any other option may lead to "undesirable" consequences.

"Dialogue over the Eastern Mediterranean should be the first option," Defense Minister Hulusi Akar said. "Otherwise, undesirable situations could follow."

Speaking to Anadolu Agency's (AA) Editors' Desk, Akar stated that Turkey would be "happy" to host Greek officials if they would be willing to have talks in the upcoming days.

Underlining the country's repeated desire for dialogue, Akar emphasized that still, despite being in favor of peace, Turkey is also determined to continue demanding its rights in the region.

"Turkey's borders are clear in the Eastern Mediterranean. We told what would happen if you violated them," he said, adding that Turkey's power should not be tested.

Turkey’s Oruç Reis research ship is surveying for oil and gas in the area, escorted by warships. Turkey announced Sunday the seismic vessel would be continuing work through Aug. 27.

As its latest move, Turkey issued a new navigational telex (Navtex) to carry out live-fire gunnery exercises in Eastern Mediterranean on Tuesday and Wednesday. Antalya Navtex station made the statement Thursday, according to the Turkish Naval Forces Office for Navigation, Hydrography and Oceanography (OHNO). The country had issued another Navtex Sunday.

According to Akar, the aim of Sunday's Navtex was to ensure the safety of Turkey's naval forces in the Eastern Mediterranean during training off the coast of Iskenderun, southern Turkey,

Greece had criticized the alert and the next day issued a competing Navtex for maritime drills, in the process raising tension in the region.

Akar's statements came following Wednesday's developments, during which both countries called on their allies for support, urging the international community to mediate between the two.

On Wednesday, Greece, along with France, Italy and Greek Cypriot administration, launched a three-day joint military exercise in the area south of Crete, while Turkey conducted drills with the U.S. Navy nearby.

The ministry also released photos of three warships, two of them Turkish and one flying the Turkish and U.S. flags. It did not specify the military drills' location or other details.

The Turkish Defense Ministry also conducted its own drills with an Italian navy vessel on Tuesday. The same U.S. destroyer that took part in the exercises with Turkey staged air and sea maneuvers with the Greek navy south of Crete Monday.

Meanwhile, Paris' overbold support to Athens has met with strong reactions from Ankara as the Foreign Ministry released a statement Thursday, saying that the deployment of French military jets to the Greek side of the island of Cyprus under the pretext that they are holding a drill with Greece and Italy goes against the 1960 treaties on Cyprus.

"France, which is not a guarantor state for the island of Cyprus, is encouraging the Greek Cypriot-Greek duo that is responsible for the existing tensions in the Eastern Mediterranean, to further raise tensions in a dangerous manner," the statement said. All initiatives aimed at excluding Turkey and the Turkish Republic of Northern Cyprus (TRNC) will end in vain, it added.

Earlier, TRNC Prime Minister Ersin Tatar blasted the upcoming joint military training as illegal. “This drill is wrong, and it is against international law. Where is Italy, where is France geographically? How can they come here and attend a drill and claim rights?” he asked. The exercise is scheduled to begin Wednesday and continue until Friday.

During the phone call, Erdoğan reminded Trump that Turkey is not the party creating instability in the Eastern Mediterranean. He stressed that Turkey proved with "concrete actions" that it wants to reduce tensions and establish a dialogue on the matter.

According to the White House, the U.S. president urged the two NATO allies to commit to a dialogue about their dispute over the Eastern Mediterranean.

On Wednesday, Erdoğan said during a commemoration ceremony that Turkey would take whatever it is entitled to in the Mediterranean, Aegean and Black seas. "We will not make any concessions," he said.

The president noted that in the same way that Turkey does not set its eyes on other countries’ territory, sovereignty or interests, it expects others to do the same for Turkey.

"It means much more than tensions between neighboring countries, it influences our cooperation," she told reporters after a European Union defense ministers meeting in Berlin.

According to Kramp-Karrenbauer, the bloc needs "to work as fast as possible to relax the tensions and transform them into negotiations." European diplomacy aims at reaching "a fair agreement with all the parties involved" which implies a "difficult and complicated process," she added.

Kramp-Karrenbauer also said she had agreed with her counterparts from Greece and the Greek Cypriot administration that fears of unintentional escalation needed to be defused first, to start political negotiations.

EU foreign ministers are also expected to discuss the issue on Thursday and Friday.

NATO Secretary-General Jens Stoltenberg also reiterated the importance of "dialogue and de-escalation" in the Eastern Mediterranean on Thursday.

"I am in constant touch with Greece and Turkey. My message is that the situation must be resolved in a spirit of allied solidarity, and in line with international law," Stoltenberg said in a joint news conference with German Chancellor Angela Merkel in Berlin.

"Dialogue and de-escalation are in everybody's interest," he added. The NATO chief also praised Germany's efforts to "find a constructive way forward" on the issue.

Merkel for her part said Germany is uncomfortable with the tension between the two NATO allies in the Eastern Mediterranean and will discuss the right ways and opportunities to be followed in this regard.