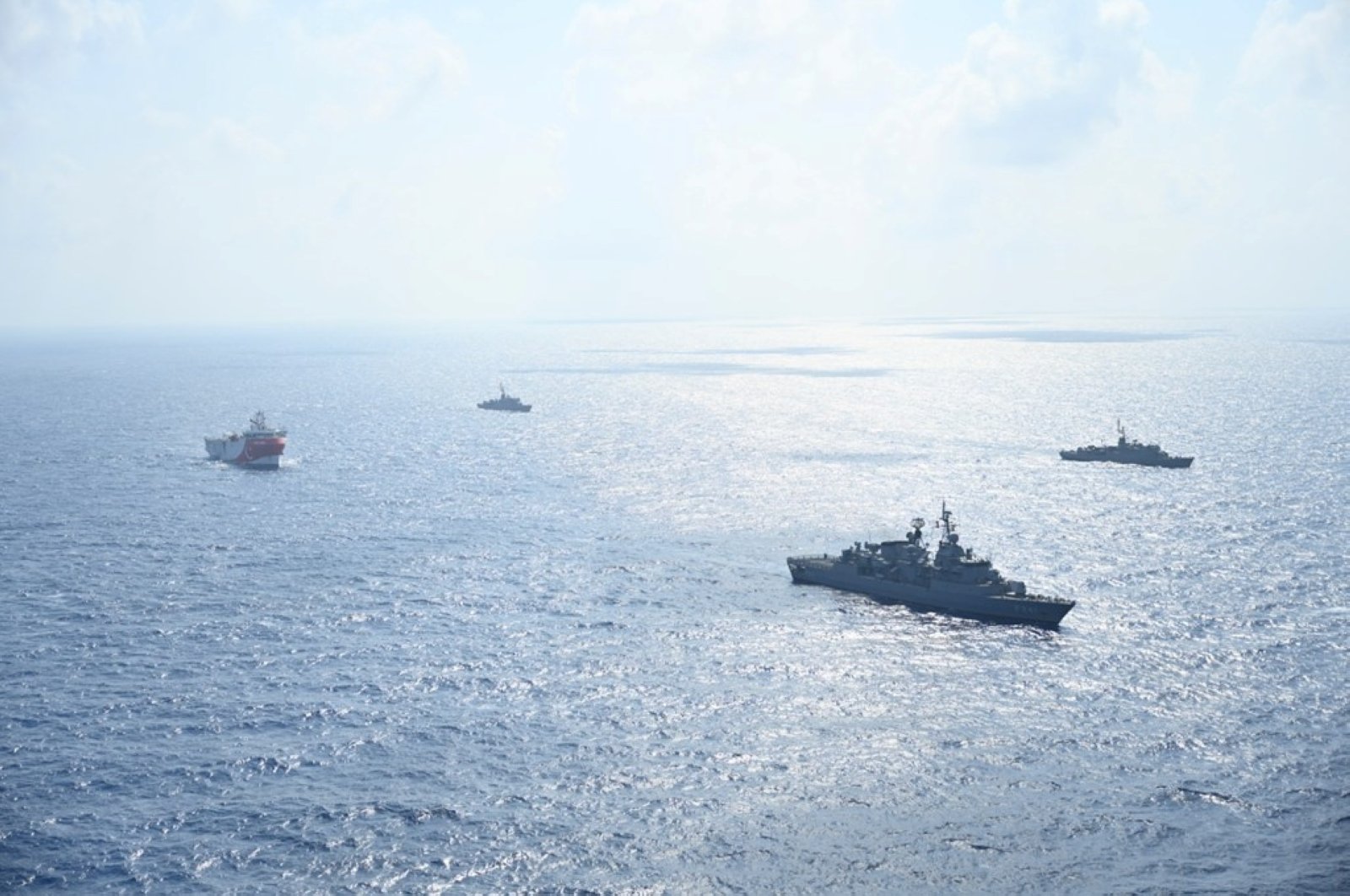 The Turkish navy late Friday issued a new advisory, known as a Navtex, saying it will hold shooting exercises in the eastern Mediterranean south of the town of Anamur in Mersin province.

According to the notice, the drill will be held between Aug. 29 and Sept. 11.

Anamur is located 73 kilometers (45 miles) north of the coast of the Turkish Republic of Northern Cyprus (TRNC).

Navtex or Navigational Telex is a maritime communications system that allows ships to inform other vessels about their presence in an area, as well as other information.

On Thursday, Turkey issued Navtex notices for a gunnery exercise in Eastern Mediterranean for Sept. 1-2 and to extend the energy exploration activities of the Oruç Reis seismic research vessel and accompanying Cengiz Han and Ataman ships in the region until Sept. 1.

Turkish Air Forces intercepted six F-16 Greek fighters over the Mediterranean Sea late Friday. According to the Turkish Defense Ministry, the Greek fighters took off from Crete Island as they approached the region where Navtex is declared.