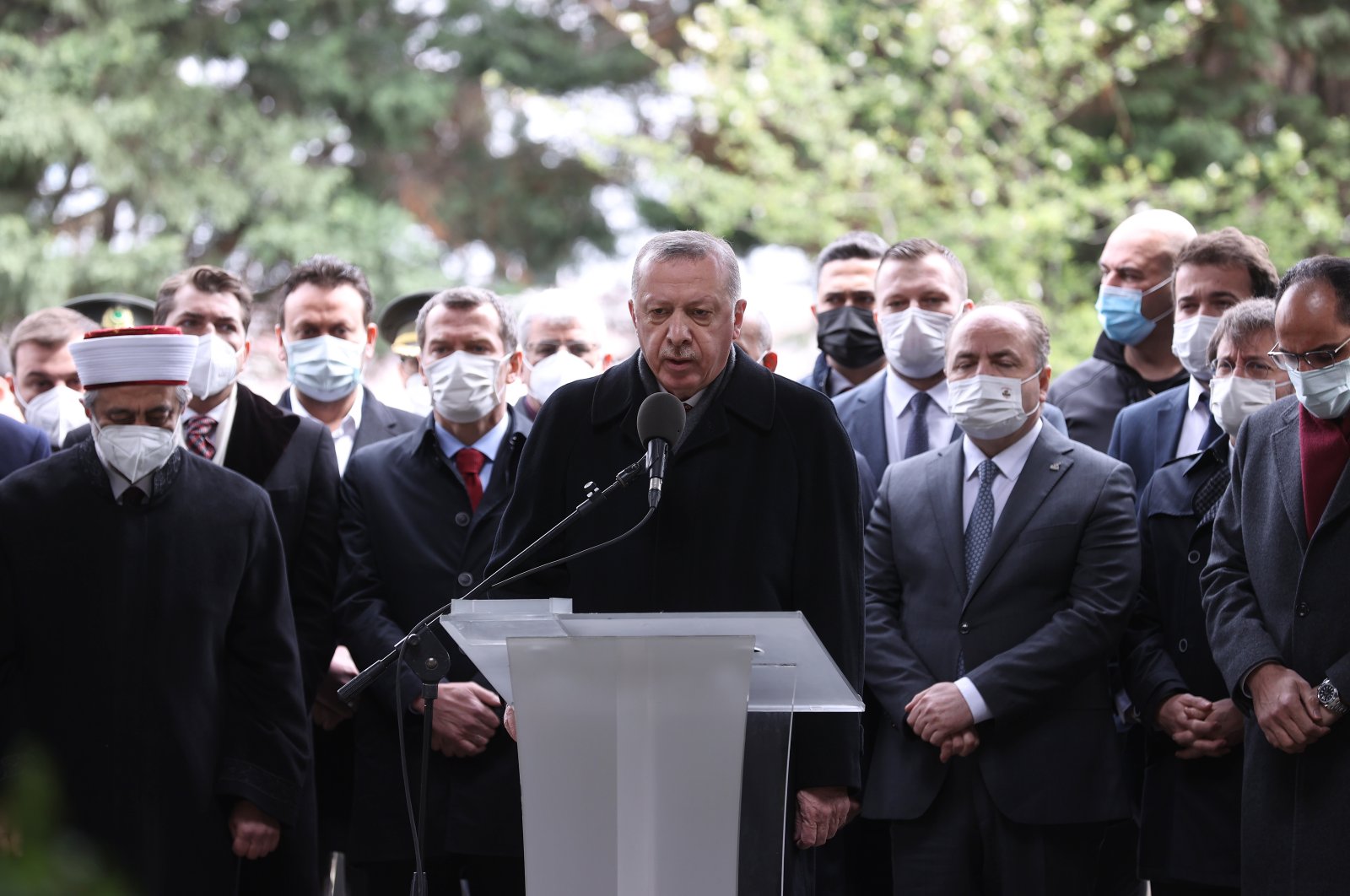 Turkey on Saturday commemorated the 28th anniversary of its eighth President Turgut Özal's death with a ceremony that was attended by President Recep Tayyip Erdoğan, Özal's family and government officials.

Erdoğan placed a wreath on the grave and recited verses from Quran.

"I feel empty without him" Özal's wife, Semra, told reporters.

"It is difficult to speak about him, my longing and pain increases," she said.

Özal pioneered several major innovations for the nation in line with the target of a great Turkey, Erdoğan said in a statement earlier, according to Turkey's Communication Directorate.

"Turgut Özal has won the love of our nation with his exceptional personality as well as the democratization and development moves he pioneered," said Erdoğan.

Özal, an engineer-turned-bureaucrat hailing from the eastern province of Malatya, is credited with Turkey’s rapid transformation in the 1980s, as the country emerged from a military coup. His liberalization policies played a key role in changing the course of the Turkish economy, which had been stalled by years of political uncertainty and turmoil following multiple governmental crises.