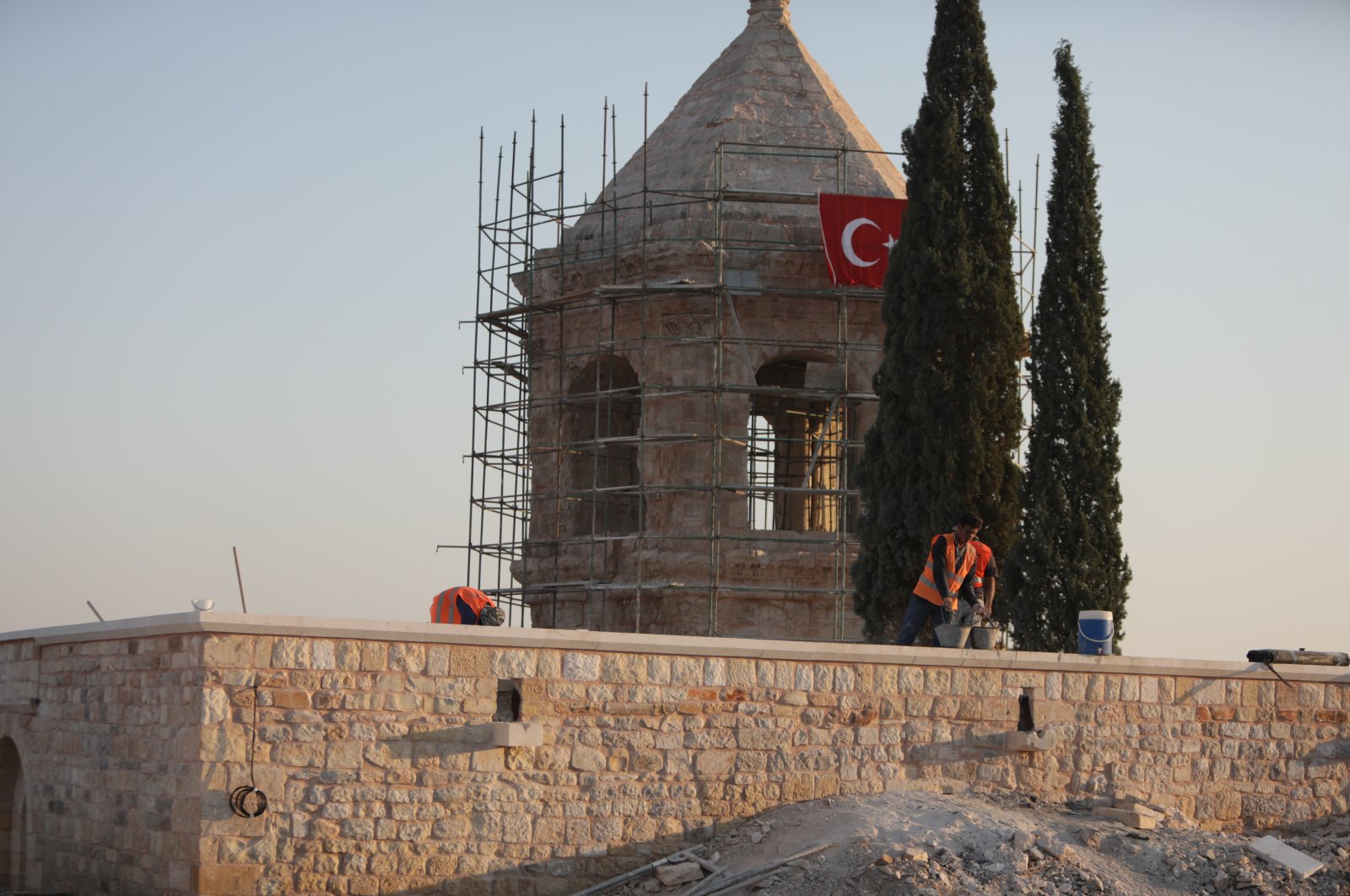 Afrin, just across Turkey's southern border, was liberated from YPG/PKK terrorists during Operation Olive Branch in 2018 but has still been subject to occasional attacks by the group.

In the two years since, Turkey has striven to bring about a sense of normality for residents of the liberated areas, allowing locals to return to their homes. Despite a number of outstanding issues, nearly 350,000 civilians in the town of Afrin now live in a stable and secure environment.

Ankara continues to take care of the cultural assets in the area, and the restoration of the tomb is being carried out by the Regional Directorate of Foundations of the southern Turkish province of Hatay.

The renovation work, which started about six months ago and is planned to be completed by the end of the year, is being meticulously executed by expert teams.

According to the General Directorate of Foundations, the tomb, located about 10 kilometers (6 miles) from the Turkish border, dates back to the third century A.D.

In its more than 30-year terror campaign against Turkey, the PKK – listed as a terrorist group by Turkey, the U.S. and the European Union – has been responsible for the deaths of 40,000 people, including women, children and infants. The YPG is the PKK's Syrian offshoot.

Afrin had been a major stronghold for the YPG/PKK since July 2012, when the Bashar Assad regime in Syria left the city to the terrorist group without putting up a fight. In order to end the oppression of local people, Turkey cleared the area of PKK-affiliated terrorists with 72 Turkish aircraft striking targets following an announcement by President Recep Tayyip Erdoğan on Jan. 20, 2018.

Turkish officials have exerted strenuous efforts in order to completely erase all traces of terrorism, strengthen security, ease the return of civilians and restore a sense of normality to the region. Ammunition and artillery belonging to the terror group were found and destroyed. Furthermore, work is ongoing to detect and destroy mines and other explosive devices planted by the terrorists.

Following the capture of Afrin's town center, seven community councils were established to allow for the democratic representation of local people in their administration. These councils have helped citizens in many areas including agriculture, industry, trade, culture, sports, health and education and allowed for the normalization of daily life.

Education and health are two areas to which Turkey has devoted the utmost importance. Since the operations, Turkey has been rebuilding Afrin's infrastructure, as well as health and education institutions. Schools are being renovated and a hospital is being built. Another medical facility with 100 beds and 13 different branches of operation was put into service after Turkey supported its restoration. The hospital offers free health services to local people. In schools, the curriculum imposed by the terror group was abrogated and a one determined by the temporary government implemented, allowing up to 53,000 students to continue their education across the region.

Since 2016, Turkey has launched a trio of successful operations across its border in northern Syria to prevent the formation of a terror corridor and enable peaceful settlement by locals: Euphrates Shield in 2016, Olive Branch in 2018, and Peace Spring in 2019.