Turkey rescues 167 migrants pushed back by Greece off Aegean 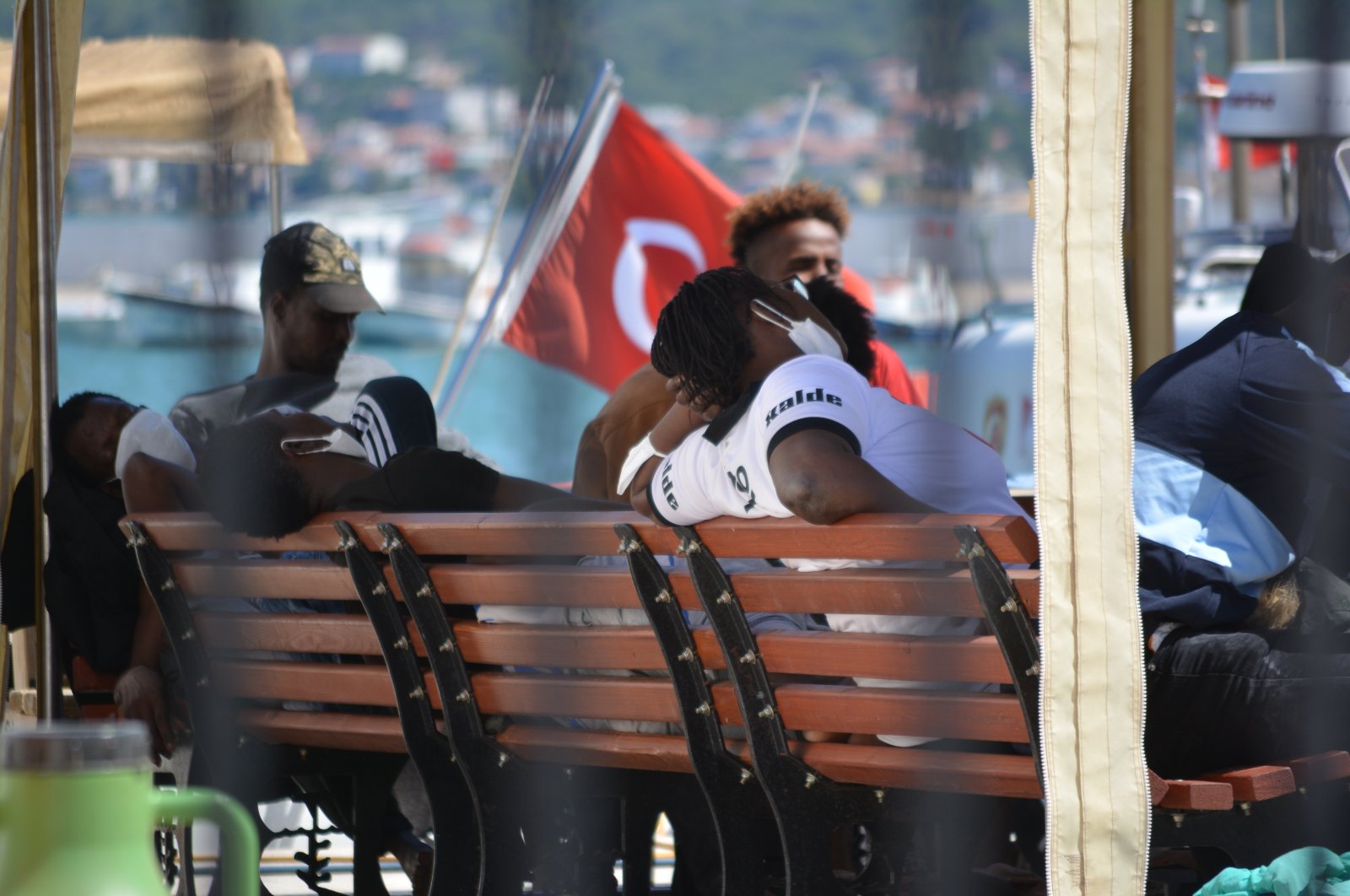 Migrants and refugees rescued by the Turkish Coast Guard wait to be transferred to the provincial migration authority in Balıkesir, western Turkey, Aug. 18, 2020 (AA Photo)
by Anadolu Agency Aug 18, 2020 11:59 am
Edited By Nurbanu Tanrıkulu Kızıl
RECOMMENDED

Turkey rescued 167 migrants and refugees pushed back by the Greek Coast Guard into Turkish territorial waters in the Aegean, security sources said.

Forty-two migrants were rescued from a dinghy off the coast of Ayvalık district in western Turkey's Balıkesir province, a security source said Tuesday.

The group, which comprised of 38 Somalians, two Kenyans and two Syrians, was trying to reach Greece's Lesbos island, the source added.

After routine checks, the asylum seekers were shifted to the provincial migration authority.

Another 125 migrants and refugees, who were pushed back by the Greek Coast Guard into Turkish territorial waters in the Aegean Sea, security sources said late Monday.

Some 44 asylum seekers were rescued from a dinghy off the coast of Aslan Burnu district in Izmir province, said another source, who asked not to be named due to restrictions on speaking to the media.

The security sources also said 81 migrants and refugees were rescued Sunday from a dinghy off the coast of Aslan Burnu.

Turkey has been a key transit point for asylum seekers aiming to cross to Europe to start new lives, especially those fleeing war and persecution.

Earlier this year, Turkey opened its gates to irregular migrants seeking to cross to Europe, accusing the European Union of failing to keep its promises under a 2016 migrant deal.

Turkey has repeatedly condemned Greece's illegal practice of pushing back asylum seekers, saying it violates humanitarian values and international law by endangering the lives of vulnerable migrants, including women and children.