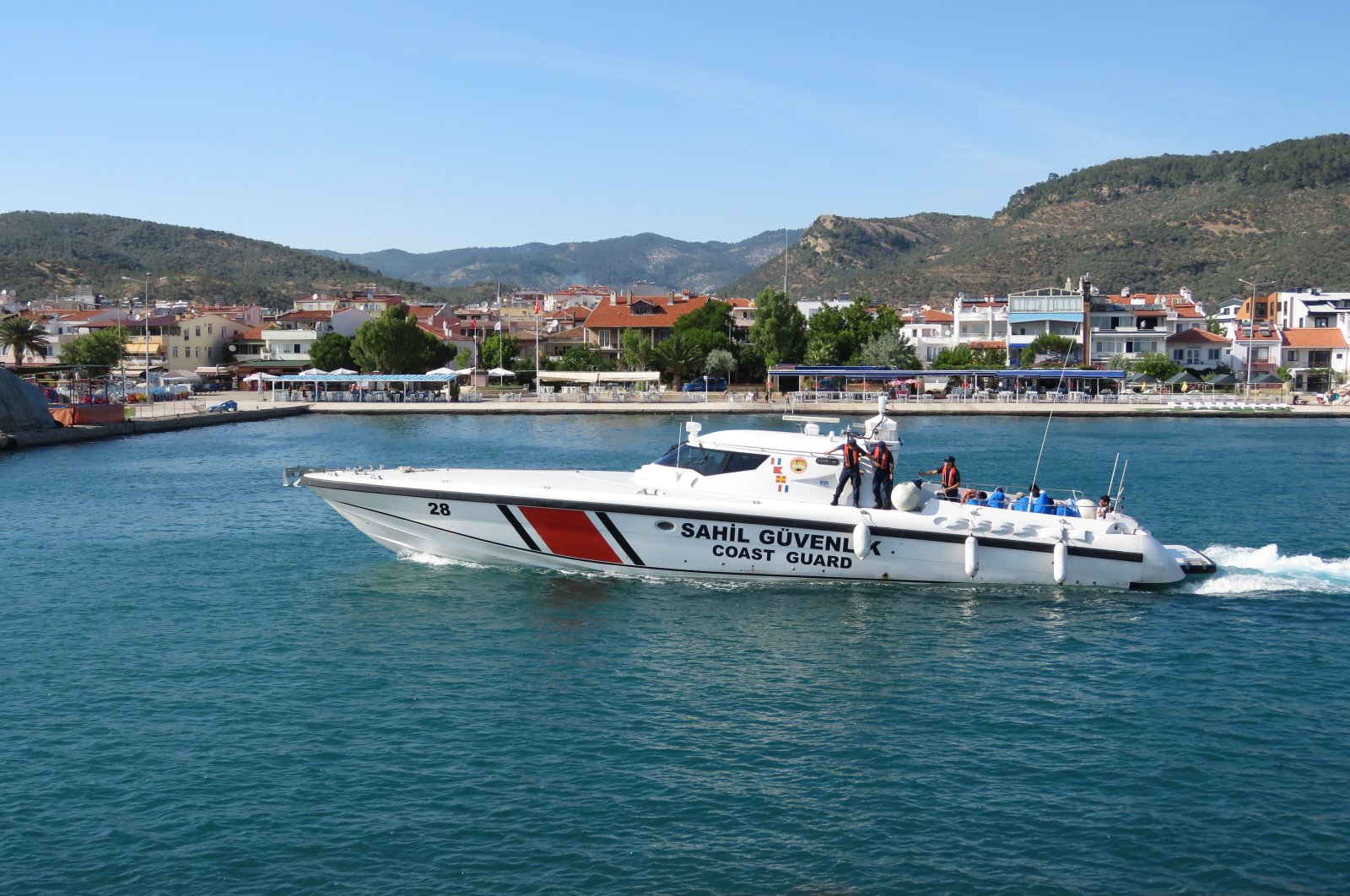 Turkish coast guard units on Thursday rescued 22 migrants and refugees who were left by the Greek coast guard to die in the Aegean Sea.
As Greece continues to violate basic human rights and international law, the Greek coast guard most recently pushed 22 asylum-seekers, on an immobile rubber boat back to Turkish territorial waters after the motor of their boat was ripped off.
The migrants and refugees, including 16 Syrians, two Palestinians, two Egyptians, one Libyan and one Yemeni, told Turkish authorities that they were caught by the Greek coast guard, who forcefully put them on a rubber boat and left them at sea when they were trying to reach the Greek islands.
In the last two months, Turkish security guards rescued nearly 170 asylum-seekers off the Aegean coast in nine different incidents after they were forced by Greece into Turkish territorial waters.
Turkey and Greece have been key transit points for asylum-seekers, refugees and migrants seeking to cross into Europe to start new lives, especially those fleeing war and persecution.
Ankara already hosts nearly 4 million Syrian migrants, more than any other country in the world, and says it cannot handle another wave.
Greece's response to those trying to enter the country without prior authorization has been harsh, with at least three migrants killed by Greek security forces on the land border with Turkey and many others battered and teargassed.
Turkish officials said earlier last month that the Greek coast guard had attempted to sink boats carrying migrants and refugees toward the Greek islands, opening fire and hitting the people on the boats with long sticks.