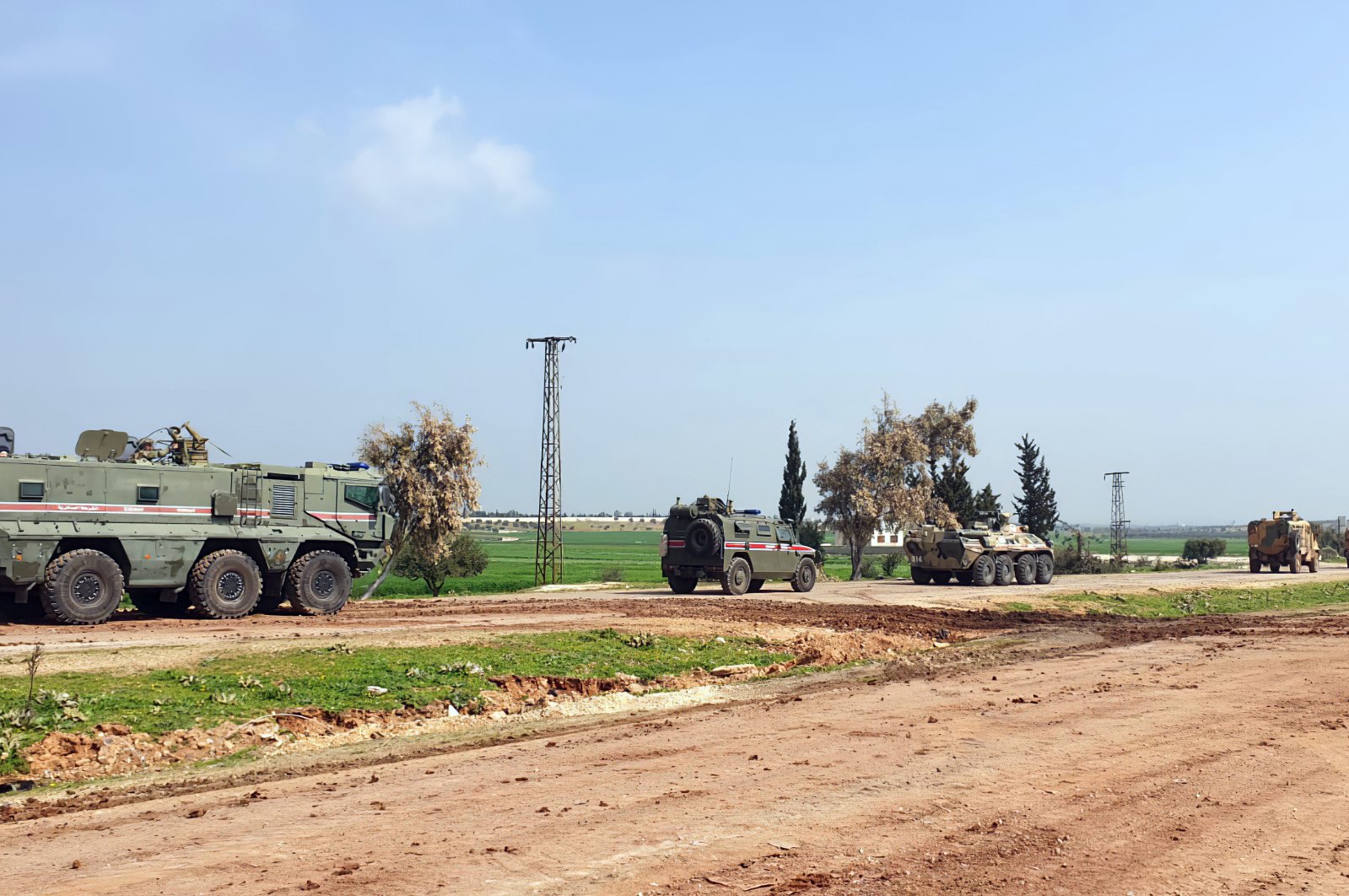 Turkish and Russian troops held the second round of joint patrols in Syria's northwestern province of Idlib on Monday, the Defense Ministry announced.
"The second Turkish-Russian joint ground patrols were held with the participation of land and air elements on the M4 Highway in Idlib under the scope of the Moscow Agreement," the ministry said in a statement.

The Russian defense ministry said they were forced to cut the patrols short "due to security concerns."

The first joint patrols held earlier this month were also interrupted.
Turkey and Russia, which back opposing sides in Syria's war, agreed on March 5 to halt military activity in the northwestern Idlib region after an escalation of violence displaced nearly a million people and brought the two sides close to confrontation. The deal addresses Turkey's main concerns, stopping a flow of refugees and preventing the deaths of more Turkish soldiers on the ground.