Turkey: Sit-in mothers determined to get their kids back from PKK 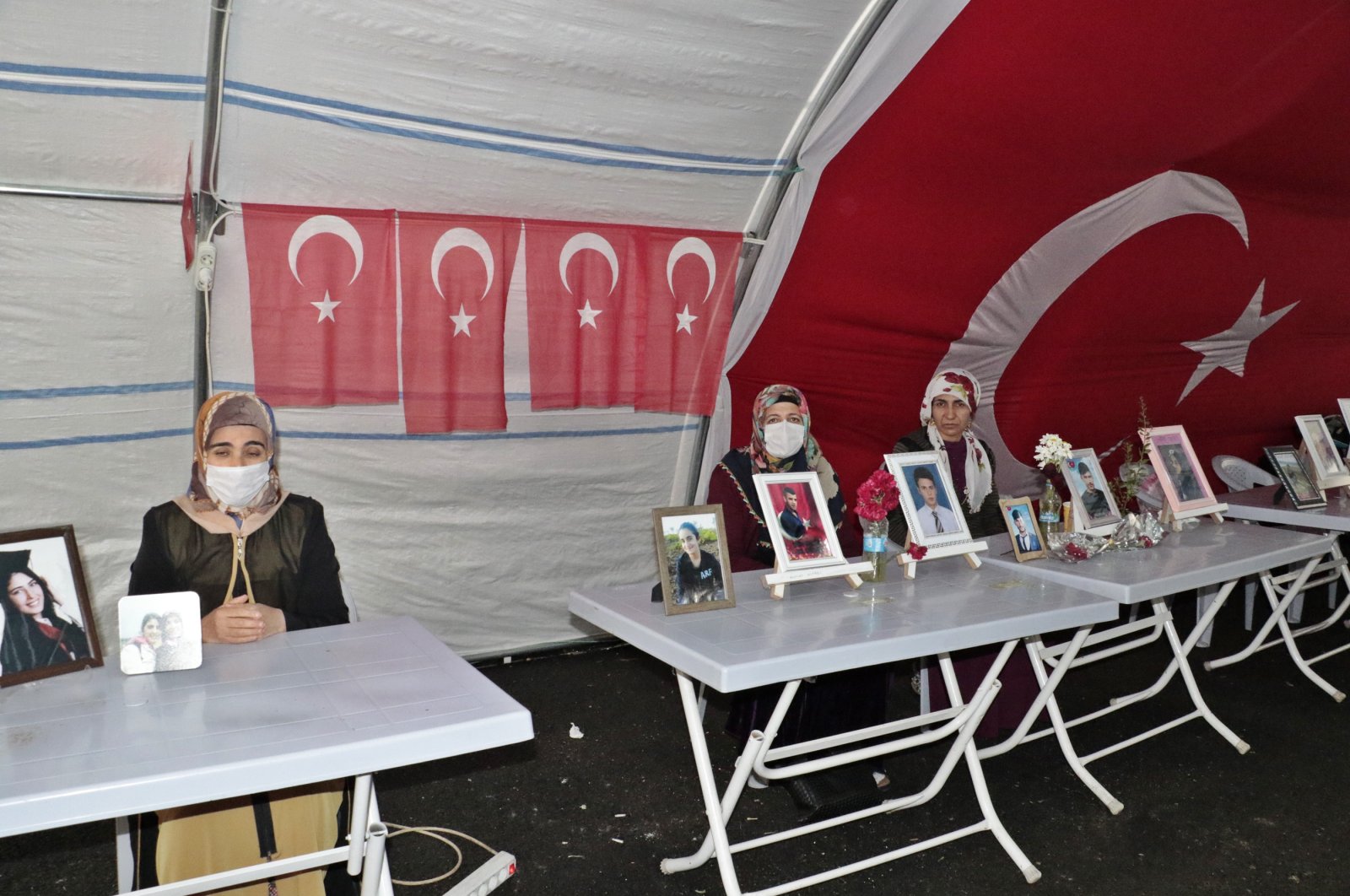 Although months have passed since mothers in southeastern Turkey first launched a sit-in protest, demanding that a terrorist-linked political party free their children from the YPG/PKK terror group, their determination remains fresh.

Dozens of mothers started the protest on Sept. 3 outside the Diyarbakır offices of the People's Democratic Party (HDP), a party accused by the government of having links to the YPG/PKK terror group.

Zümrüt Salim, one of the mothers, said her son Hamza was abducted by the terror group six years ago when he was only 14 years old, and she will not go home until her son is returned.

"I'll be here until my son is back. My child, please, come back and surrender to the state. We miss you... please, return home," she said.

Bedirhan Çur, a father whose child was abducted, joined the sit-in protest, which has been ongoing for 206 days, and called on the HDP to bring his child back.

Yasin Kaya, who joined the sit-in for the sake of his daughter who was kidnapped at age 17 in 2016, said he would not leave without her.

"The HDP is responsible for the abduction of my child. The HDP took my child and gave her to the YPG/PKK," he said, calling on his daughter to surrender to security forces.

People in Turkey linked to terrorist groups who surrender are eligible for possible sentence reductions under a repentance law.

In its more than 40-year terror campaign against Turkey, the PKK – listed as a terrorist organization by Turkey, the U.S., and European Union – has been responsible for the deaths of 40,000 people, including women, children and infants. The YPG is the PKK's Syrian offshoot.