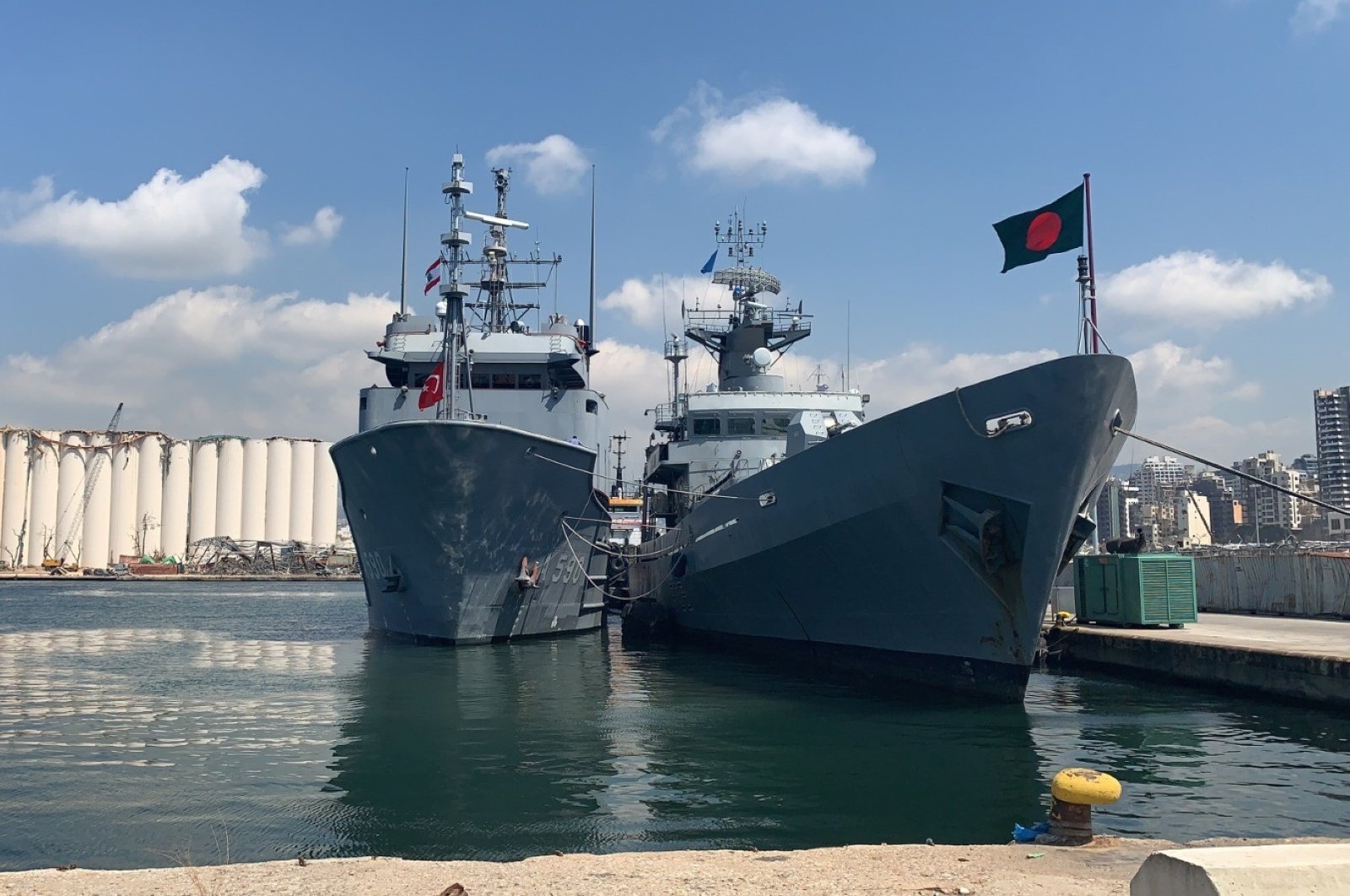 Turkey will restore a Bangladeshi naval ship that was damaged during the deadly blast at the port in the Lebanese capital Beirut earlier this month, the Turkish National Defense Ministry said Thursday.

"BNS BIJOY of the Bangladesh Navy, which was damaged in the Beirut explosion, is being towed to Turkey by TCG INEBOLU. The necessary repairs to BNS BIJOY will be carried out at the facilities of the Turkish Navy," the ministry said in a Twitter post.

Following the blast on Aug. 4, which killed more than 170 people and injured 6,000 others after a neglected stockpile of 2,750 tons of ammonium nitrate stored in a warehouse ignited, Ankara had sent a Turkish military plane carrying medical aid and supplies. Teams from the Disaster and Emergency Management Authority (AFAD), the National Medical Rescue Team (UMKE) and the Turkish Red Crescent (Kızılay) aided the search and rescue activities in the blast-hit city.

Turkey also offered Lebanon use of the Mersin International Port (MIP), on the Mediterranean coast, until the Port of Beirut is rebuilt to continue trade activities.

The tragedy came at a time when Lebanon has been experiencing its worst economic crisis, with a dramatic drop in the value of the Lebanese pound.