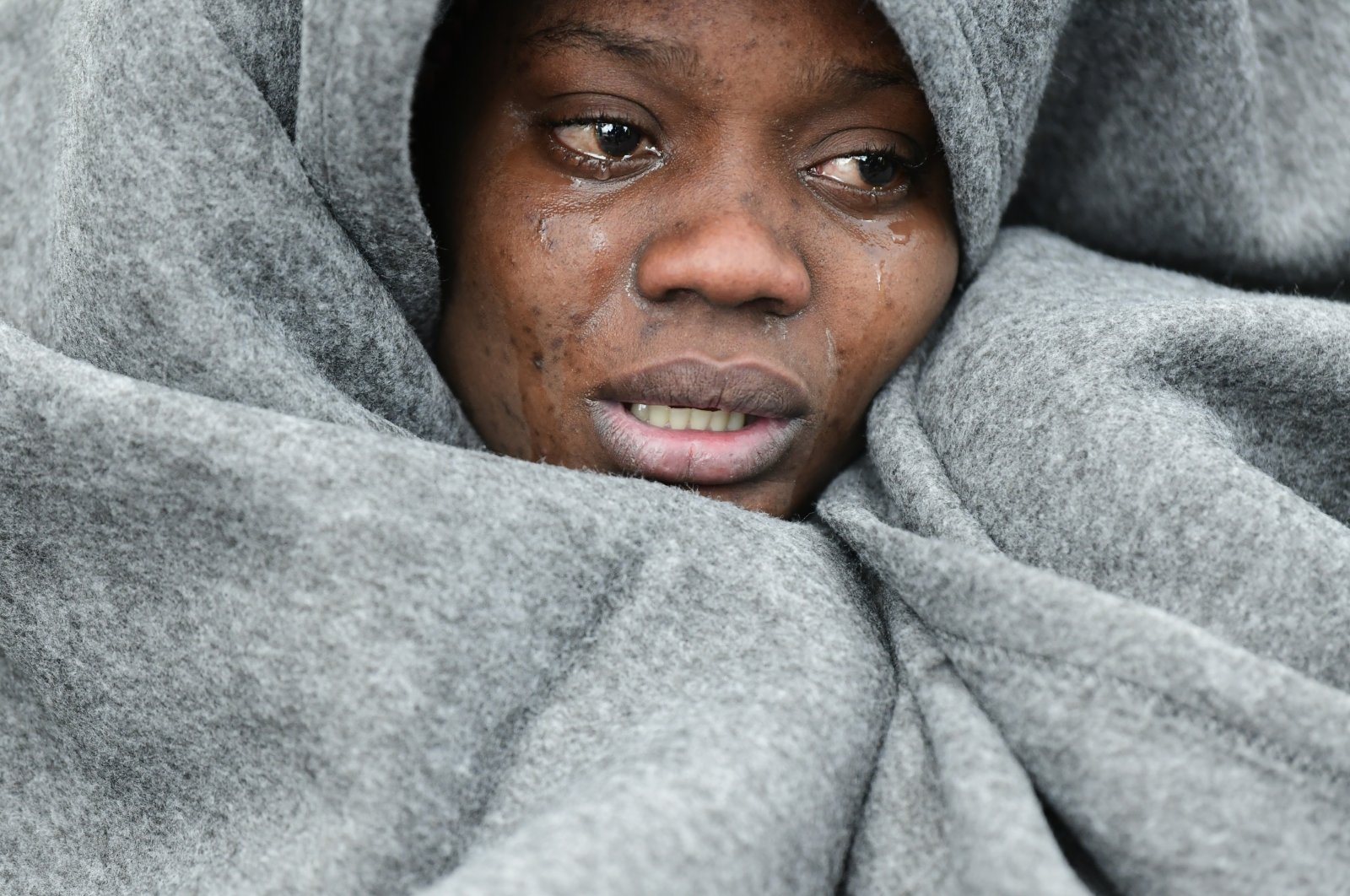 A migrant woman cries as she tries to warm herself upon the arrival of migrants at the village of Skala Sikaminias, on the Greek island of Lesbos, after crossing the Aegean sea from Turkey, Saturday, Feb. 29, 2020. (AP Photo)
by DAILY SABAH Mar 07, 2020 12:50 am
RECOMMENDED

“The European Union should fully implement the March 18 Agreement,” the Ministry of Foreign Affairs said in a statement late Friday, also emphasizing the importance of the 1951 Geneva Convention and international law regarding the migrant rights amid the refugee influx toward Europe.

“All EU countries, including Greece, should accept their responsibilities stemming from international law and receive asylum applications. With that said, Greece has announced that it has suspended asylum processes. The EU is turning a blind eye to violation of EU and international laws,” the MFA added.

Saying that the bloc even refrains from calling people demanding asylum “refugees” and instead calls them “immigrants,” the Ministry added it is hypocritical that the EU is in contradiction with its own values and doctrines by supporting Greece’s violations.

“It is clear that the EU has failed to grasp the extraordinary burden Turkey faces and the efforts it makes regarding the migration and security issues,” the MFA stated.