Turkey welcomes Yemen cease-fire, calls all parties to adhere to it 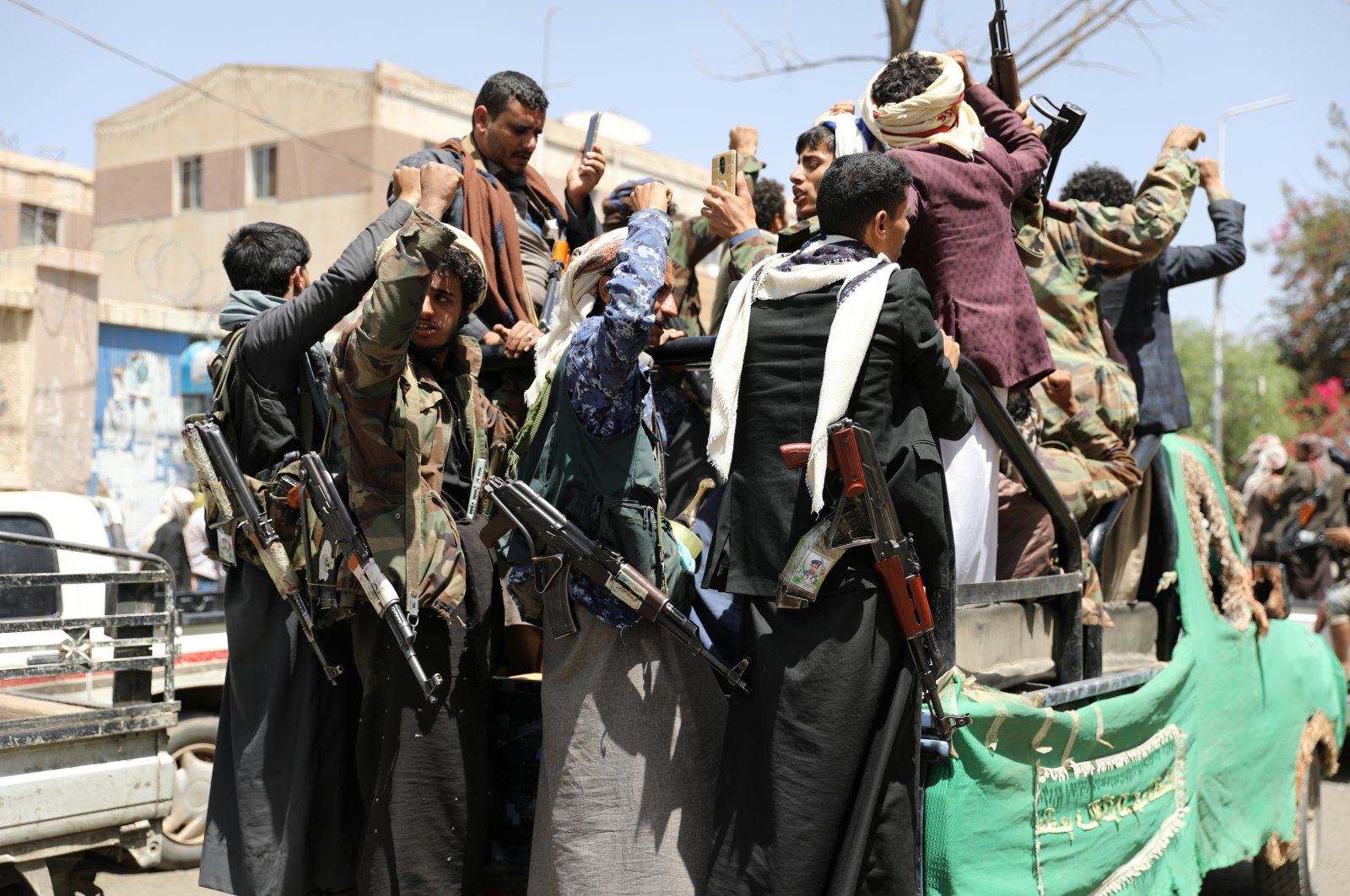 Armed Houthi rebels ride on the back of a truck outside a hospital in Sanaa, Yemen, Wednesday, April 8, 2020. (REUTERS Photo)
by DAILY SABAH WITH AGENCIES Apr 09, 2020 9:14 pm
RECOMMENDED

Turkey has welcomed the Saudi-led coalition's unilateral cease-fire in war-torn Yemen, declared due to a looming coronavirus threat.

The Foreign Ministry issued a statement Thursday, lauding the ceasefire which came amid calls from U.N. Secretary-General Antonio Guterres.

“In this extraordinary period, we call all sides to adhere to the ceasefire and avoid actions that will obstruct struggle against the outbreak,” the Foreign Ministry statement said.

It was halting military operations nationwide to support a U.N. cease-fire initiative.

The cease-fire was agreed in part to avoid a potential outbreak of the new coronavirus in Yemen, where no cases have yet been reported, two of sources speaking to Reuters said.

Meanwhile, Mohammed Abdulsalam, a spokesman for the Houthi movement, said his group has sent to the U.N. a comprehensive vision that includes an end to the war and to "the blockade" imposed on Yemen.

"(Our proposal) will lay the foundations for political dialogue and a transitional period," Abdulsalam said on Twitter Wednesday.

Last week, U.N. special envoy Martin Griffiths sent a proposal to the internationally recognized government, the Saudi-led military coalition that supports it and the Houthi movement that controls the capital Sanaa and most of northern Yemen.

The parties are expected to convene via video conference to discuss the proposal, which calls for a nationwide cease-fire, including halting all air, ground and naval hostilities, and for the parties to ensure compliance by forces on frontlines.

The U.N. and Western allies have been pointing to the threat of coronavirus to push Yemen’s combatants to agree to fresh talks to end a war that has left millions vulnerable to diseases.

Yemen had witnessed a lull in military action after Saudi Arabia and the Houthis launched backchannel talks late last year. But there has been a recent spike in violence that threatens fragile peace deals in vital port cities.

Yemen has been mired in conflict since the Houthis ousted the government from power in Sanaa, in late 2014. The five-year-old conflict, largely seen in the region as a proxy war between Saudi Arabia and its arch-foe Iran, has killed more than 100,000 people and unleashed a humanitarian crisis that has pushed millions to the verge of famine and forced thousands to seek shelter in displacement camps.