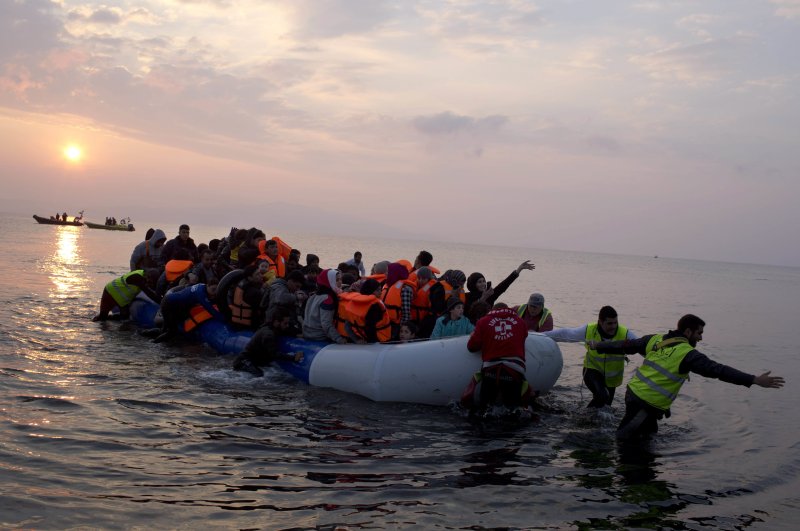 In this March 20, 2016 file photo, volunteers help migrants and refugees on a dingy as they arrive at the shore of the northeastern Greek island of Lesbos, after crossing the Aegean sea from Turkey. (AP Photo)
by Daily Sabah with Reuters Feb 28, 2020 12:44 am
RECOMMENDED

Turkey has decided to no longer stop Syrian refugees from reaching Europe by land and sea, a senior Turkish official told Reuters on Thursday, in anticipation of the imminent arrival of refugees from Syria's Idlib where nearly a million have been displaced.

Turkish police, coast guard and border security officials have been ordered to stand down, the Turkish official added.

Earlier on the same day President Recep Tayyip Erdoğan convened an emergency meeting over tensions in the war-ravaged Syrian city.

Security sources told Daily Sabah that all ministers and senior officials, including the National Intelligence Organization (MİT) chief Hakan Fidan, were present in the meeting.