Turkey not to close gates to Europe anymore, Erdoğan says 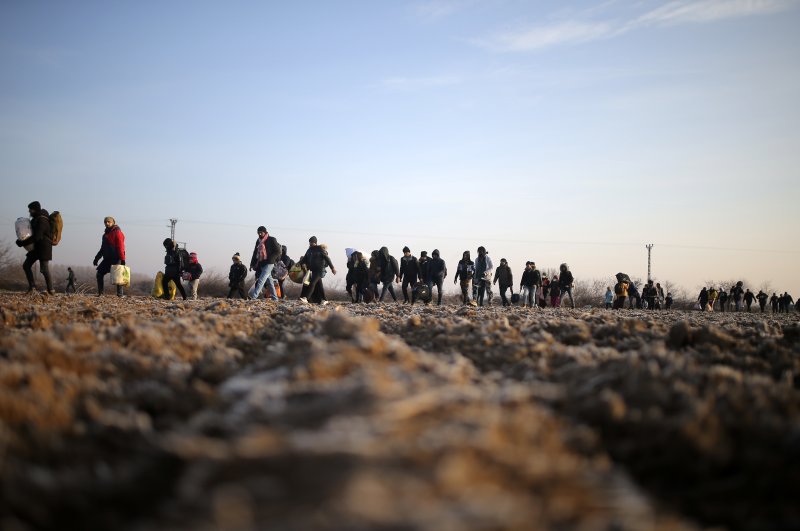 It is too late for Turkey to close its borders for migrants to cross into Europe, President Recep Tayyip Erdoğan said Monday, as he criticized European countries for ignoring Turkey’s calls to respond to the ongoing humanitarian crisis in northwestern Syria.

The president noted that calls from European leaders poured in after he announced Turkey would no longer stem the flow of irregular migrants to the bloc.

“Turkey will not close its border gates for refugees to cross into Europe anymore, it is a done deal,” Erdoğan said, adding that Europe too will take its share of the burden.

He reiterated once again that Turkey will continue to carry out its determined operation against the Assad regime forces in Idlib, as he praised the Turkish people for their unity, fraternity and solidarity, which he said strengthens the country.

Erdoğan also said he will evaluate recent developments in Idlib with Russian President Vladimir Putin in Moscow on Thursday.

“I hope we can facilitate a cease-fire and take other steps to resolve the issue,” he said.

“No one asks why Russia, the U.S., Iran or France are in Syria. But they make a fuss when it comes to Turkey,” he said.

The president noted that it is “just the beginning” of losses to be suffered by the Assad regime, as he reiterated Turkey’s determination to seek revenge for the 34 soldiers killed in an attack last week.

He threatened that regime forces should retreat behind the lines specified in Sochi deal or risk being “beheaded.”

Erdoğan touched upon the migrant crisis again, saying that the West is only concerned about the influx of refugees to their countries rather than the humanitarian crisis or Turkey’s security.

He criticized Greece for its ruthless treatment of the migrants, opening fire on them, sinking their boats and throwing gas bombs on them to prevent their crossing.

“They will be held accountable for their actions,” Erdoğan said, noting that Greece will have to account for its attacks on migrants to the United Nations High Commissioner for Refugees.

Erdoğan also said Turkey has no problem with Iran or Russia and has never directly targeted the two countries in Syria.

“We destroy regime elements and expect them to respect our sensitivities,” he said.

Attacks from the forces of the Bashar Assad regime have killed 55 Turkish soldiers this month in Idlib. President Recep Tayyip Erdoğan has threatened to push back Assad forces if they do not pull back to pre-determined lines. Regime airstrikes targeting Turkish troops have heightened tensions between pro-opposition Turkey, Assad and its ally, Russia.