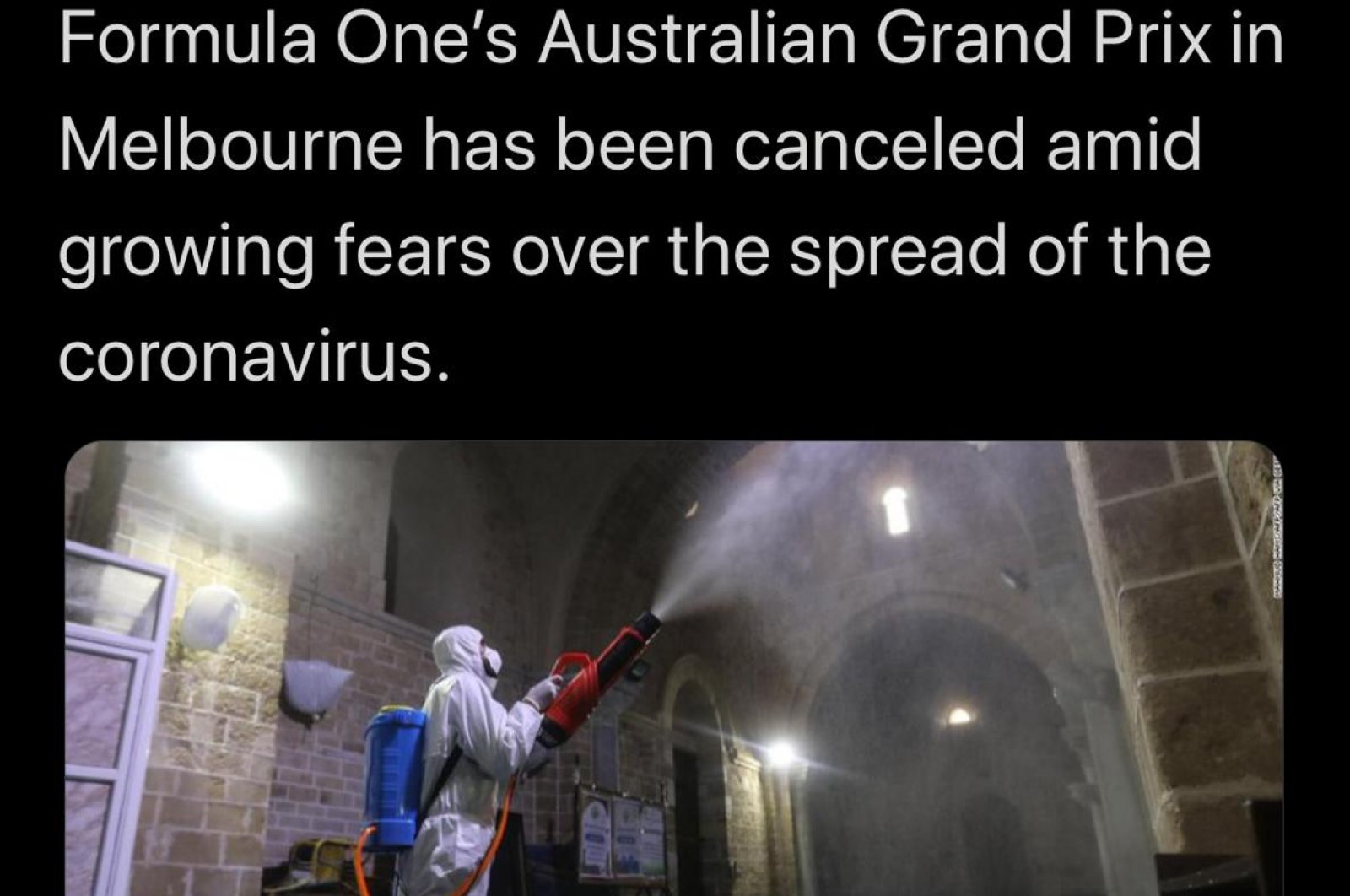 CNN published the news of the cancellation of the Formula One Grand Prix Race in Melbourne with visuals from Istanbul, March 14, 2020
by DAILY SABAH Mar 15, 2020 2:02 pm
Edited By Dilara Aslan

The government's Communications Director Fahrettin Altun has sent letters to The New York Times, CNN International and BBC over their misleading use of photos of Istanbul in reporting coronavirus news centered on the U.S. and Europe.

According to a statement by the directorate on Saturday, Altun noted that only five cases have been confirmed in Turkey and there has been no loss of life since the beginning of the outbreak. Altun stated: "Although the efforts Turkey has made since the beginning of the coronavirus outbreak have been clear, using irrelevant photos from the country is just misleading for readers," he added.

The New York Times responded saying: "You are definitely right; those photos should not have been used. The photo editors who are responsible also admitted that it was wrong. The photo was removed."

The New York Times had used a photo from Istanbul in the news on the U.S. travel ban on flights from Europe. The BBC also used photos from Turkey in news of Canadian Prime Minister Justin Trudeau and his wife going into quarantine, the U.S. travel ban and closure of markets in Italy.

CNN also published irrelevant photos of Turkey alongside news of the cancellation of the Formula One Grand Prix Race in Melbourne, the statement read by the head of the heart surgery department in Italy and the suspension of public access to the Capitol Complex.