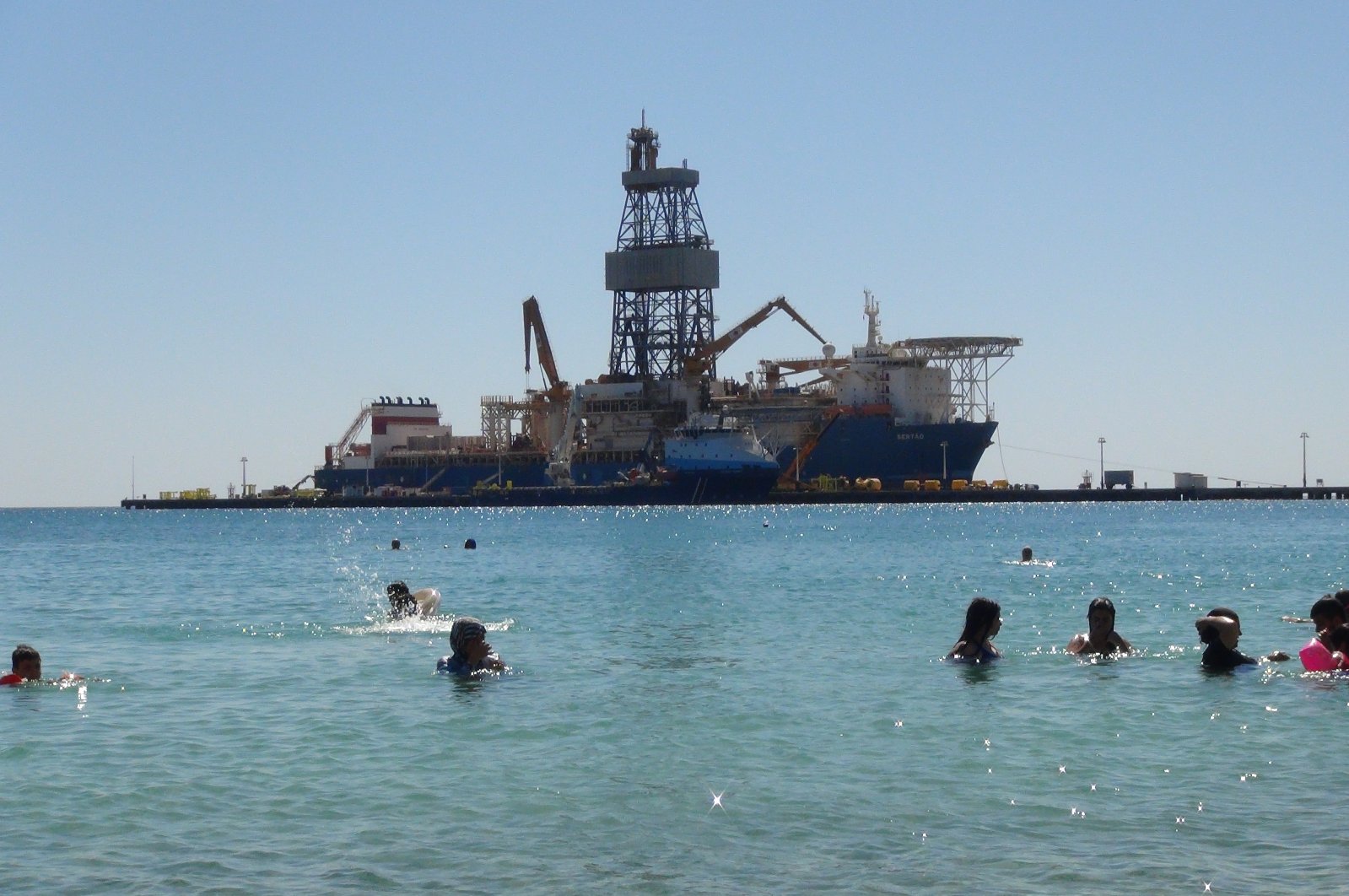 Turkey's third oil and natural gas exploration and drillship, Kanuni, will soon join two other drillships, Fatih and Yavuz, in the Eastern Mediterranean.

Kanuni recently underwent some extensive upgrades and refit in the southern province of Mersin. It is currently at a port in Mersin’s Taşucu.

It will soon join the duo of Fatih and Yavuz to boost Turkey’s seismic explorations in the Eastern Mediterranean, Ihlas News Agency (IHA) reported Monday.

Prior to Turkey's procurement, the drillship had been sitting idle at a Welsh port town for nearly two years. It has an estimated market value of $120 million. Turkey reportedly bought the drillship for nearly $40 million (TL 295 million).

The drillship was built by South Korea's Samsung Heavy Industries and used by Brazil's Petrobras between 2012 and 2015.

The Marshall Island-flagged drillship is 227 meters long, 42 meters wide and has a draft of 12 meters. Its equipment can reach up to 11,400 meters below sea level and drill to a depth of 3,000 meters below the seabed.

The name Kanuni, which means the "lawgiver" in Turkish, stems from Suleiman I, also known as Suleiman the Magnificent. Suleiman I was one of the greatest sultans that ever ruled the Ottoman Empire. He was the 10th and longest-reigning sultan of the Ottoman Empire, ruling from 1520 until his death in 1566.

Ankara had last year sent drilling vessels to the Eastern Mediterranean, asserting the rights of Turkey and the Turkish Republic of Northern Cyprus (TRNC) to the resources in the region.

The areas fall entirely within the Turkish continental shelf registered with the U.N. and in permit licenses that the Turkish government in previous years granted to the Turkish Petroleum Corporation (TPAO).

Tensions have been mounting in the region after Athens' controversial new maritime pact with Egypt. Greek defense sources announced joint military drills last week in the Eastern Mediterranean along with France, which has sought to hem in Turkey's maritime territory.

Turkey resumed energy exploration in the Eastern Mediterranean last week after Greek and Egypt signed the maritime deal, which Ankara has called illegal.

But after declaring the Greek-Egyptian deal “null and void,” Turkey authorized the Oruç Reis research ship to continue its activities in an area within the country’s continental shelf.

Amid Turkey’s energy exploration activities, the EU also urged the country on Sunday to "immediately" stop exploring for gas in the disputed area of the Eastern Mediterranean.

The call came after Ankara said it planned to extend its search by drilling off the southwestern coast of Cyprus from next week.

"This action runs counter and undermines efforts to resume dialogue and negotiations, and to pursue immediate de-escalation, which is the only path toward stability and lasting solutions, as reiterated by EU foreign ministers last Friday," he said.

"I call on the Turkish authorities to end these activities immediately and to engage fully and in good faith in a broad dialogue with the European Union."

The issue was also at the heart of a meeting on Sunday in the Dominican Republic between U.S. Secretary of State Mike Pompeo and Turkish Foreign Minister Mevlüt Çavuşoğlu.

The two men spoke of the "urgent need to reduce tensions in the Eastern Mediterranean," the State Department said in a statement.

At a press briefing after the meeting, Çavuşoğlu said Ankara would "continue to defend its interests."

The Turkish navy said in a statement late on Saturday that the drillship Yavuz, which has been based off Cyprus for the past few months, will explore off the southwestern coast of the island from Aug. 18 to Sept. 15.

On Friday, EU foreign ministers voiced solidarity with Greece and called for a de-escalation of the crisis.

President Recep Tayyip Erdoğan said Saturday that Ankara was ready for dialogue but insisted: "We will not back down in the face of sanctions and threats."