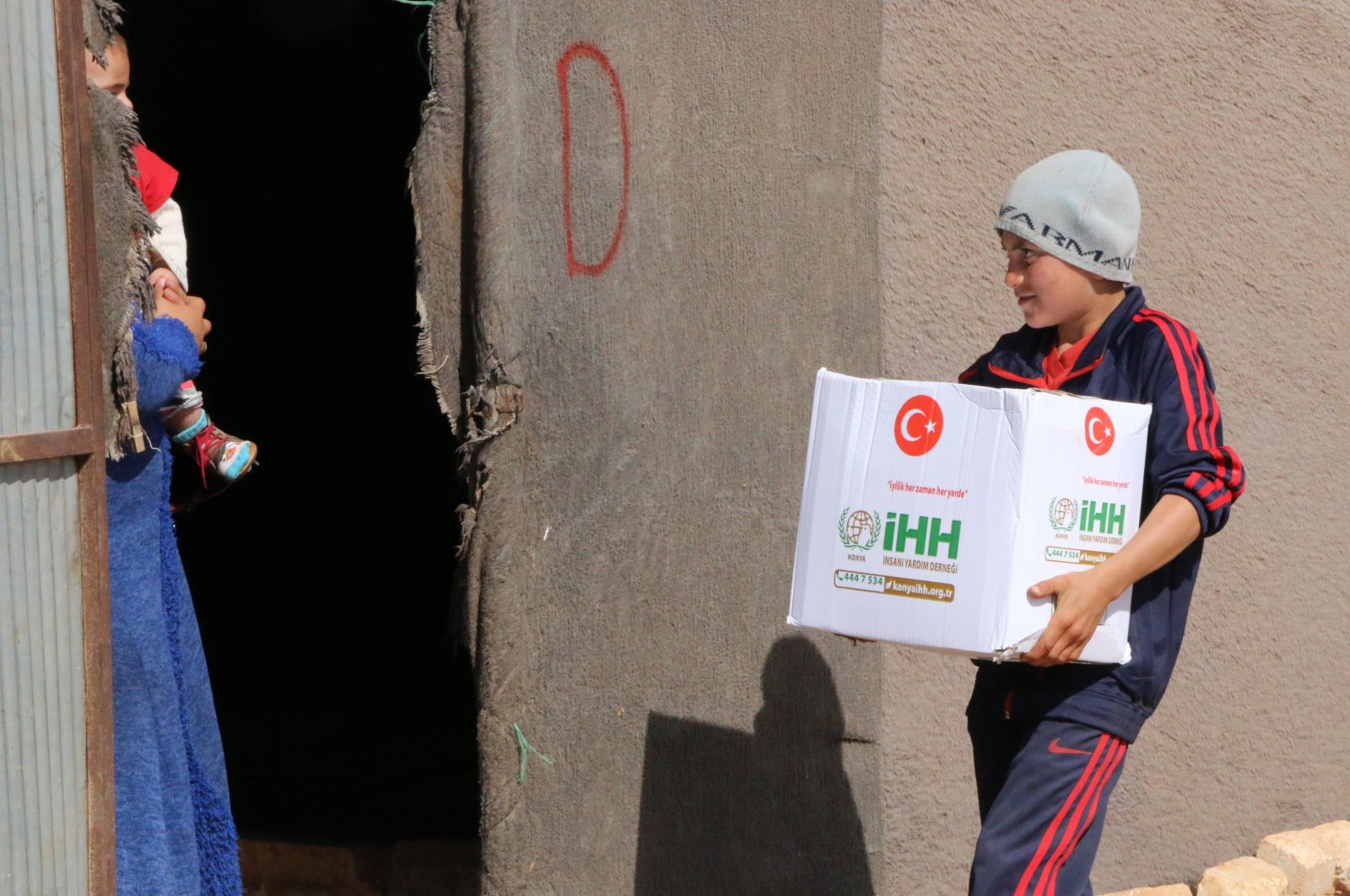 A boy carries a box of food from the Humanitarian Relief Foundation (IHH), which distributed the packages to families in need in Syria's northwestern Idlib province, Oct. 13, 2020. (DHA Photo)
by DAILY SABAH WITH AGENCIES Oct 13, 2020 12:59 pm
RECOMMENDED

The project was launched to assist families displaced by the Syrian civil war, who have had to survive amid difficult conditions in tents.

In a speech delivered Monday, Açık said the families had been given the keys to their new abodes, adding that approximately 5,000 houses would be built for families affected by the conflict.

Açık pointed out that the families would now be able to live under more bearable conditions. "Living in tents is very difficult both in the summer and winter ... Our donators and citizens showed great support for this project," he said.

"With the support of our faithful nation, we've completed 600 houses in a short time. In the coming period, I hope there will be no families who have to live in tent complexes," Açık said.

The 28-square-meter (301-square-feet) homes are made of reinforced concrete. They consist of two rooms, a bathroom, a toilet and a kitchen, with built-in plumbing and drainage.

Açık added that the TDV was accepting individual donations for the construction of the dwellings – each costing TL 6,000 ($762).

The camps in northwestern Syria are densely populated and are insufficiently supplied, while health and education services are struggling to cope with demand.

In order to ease conditions in the region, Turkish humanitarian agencies have regularly provided aid to Idlib, with an emphasis on building houses for displaced Syrians now living in camps.

The head of the IHH’s Syria media department, Selim Tosun, explained that with winter on the horizon, the needs of the around 4 million people living in Idlib’s camps would increase.

“Living conditions in Idlib’s camps are very poor. There are millions of people struggling to obtain basic needs in the country, where the war rages on. Around 15,000 civilians have benefitted from the distribution we have delivered to cover the nutritional needs of families,” he added.

Idlib has long been under siege by the forces of the Bashar Assad regime and its allies, with previous cease-fires in the region having been plagued by violations.

The latest cease-fire was established between Turkey and Russia on March 5 to halt military activities in the Idlib region after an escalation of violence displaced nearly 1 million people and brought the two sides close to confrontation.