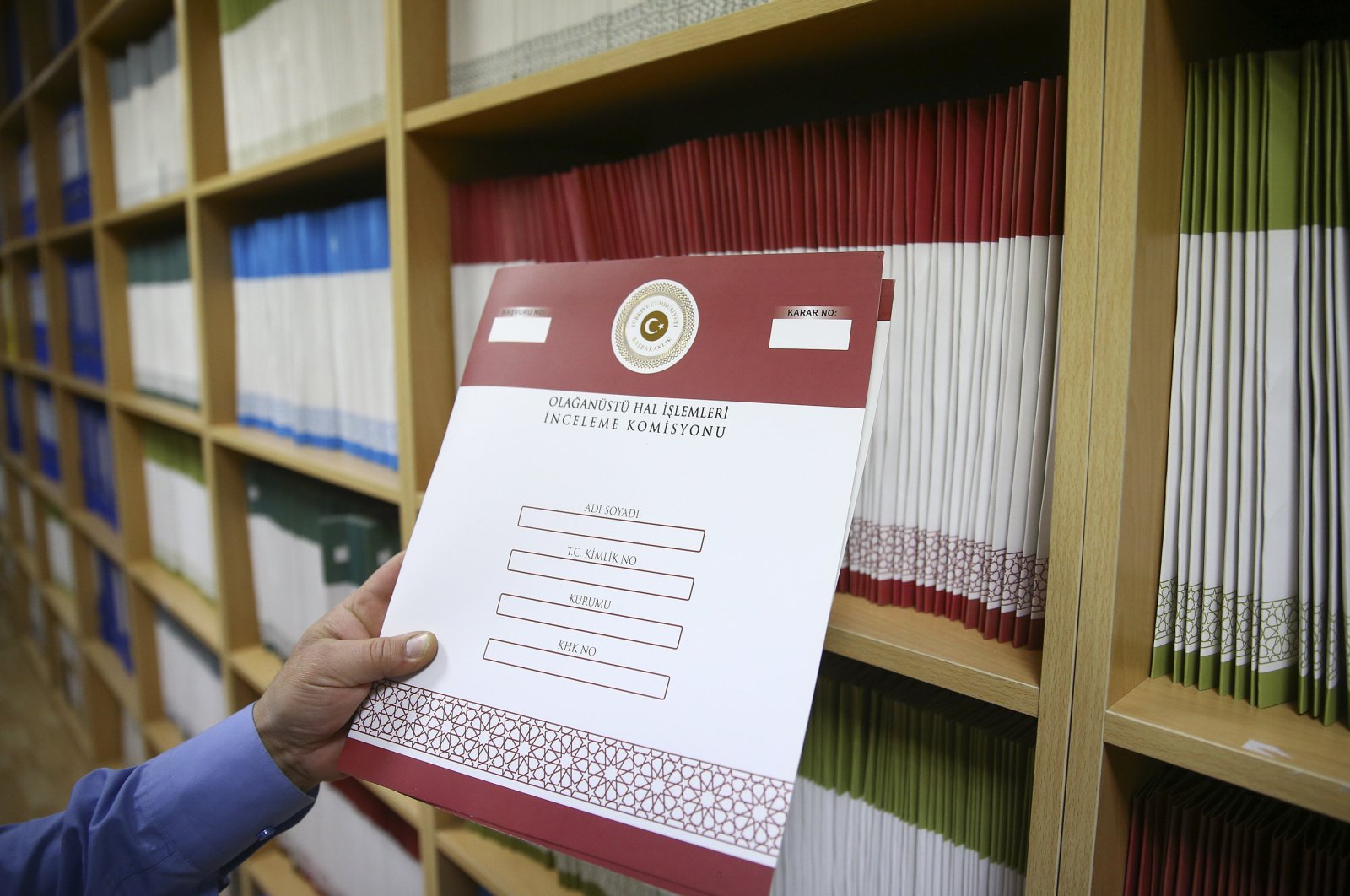 Turkey's presidential commission on the state of emergency on Friday concluded 83% of the applications concerning measures taken in the aftermath of the July 2016 coup bid.

In a report, the Inquiry Commission on the State of Emergency Measures gave details of applications over measures adopted under the state of emergency decree-laws, such as the dismissal of public officials, scholarship cancellations, annulment of the ranks of retired personnel and the closure of some institutions.

The commission took nearly 132,000 measures, including 125,678 dismissals from public service over links to the Gülenist Terror Organization (FETÖ), the terrorist group behind the defeated coup and plots to infiltrate the Turkish state.

The commission started the decision-making process in December 2017, and made over 105,000 decisions as of March 27, the report said.

Some 11,200 applications were accepted, while 93,900 were rejected. There are 21,200 pending applications, according to the report.

"Accordingly, 83% of the applications have been decided within 27 months since the date of the beginning of the commission's decision-making process," it read.

A data processing infrastructure was set up to receive, archive and examine applications electronically, the commission said, adding that information acquired from over 20 institutions and organizations was recorded in the system.

Some 250 staffers, including 80 rapporteurs – judges, experts and inspectors – worked in the application review process.

A total of 490,000 files, including personnel files transferred from relevant institutions, court files and former applications, were classified, registered and archived.

The institutions, where the applicants most recently held office, were notified of the commission's rulings, and they are due to re-appoint dismissed state employees whose applications were accepted.

Within 60 days starting from the notification date, the Council of Judges and Prosecutors may appeal an annulment action by the commission, the institution or organization where the applicant last held office, the report said.

The applicants can track their status on the commission's website.

“As an effective remedy, the commission delivers individualized and reasoned decisions as a result of speedy and extensive examination. The commission conducts the examination in terms of membership, affiliation, connection or contact with terrorist organizations or structures/entities or groups established by the National Security Council as engaging in activities against the national security of the state,” the report said.

Since the 2016 defeated coup attempt in Turkey, Turkish institutions, including the military, have been working to find and expel elements of FETÖ, the group behind the coup.

The coup attempt was orchestrated by FETÖ and its U.S.-based leader Fetullah Gülen, which left 251 people martyred and nearly 2,200 injured.