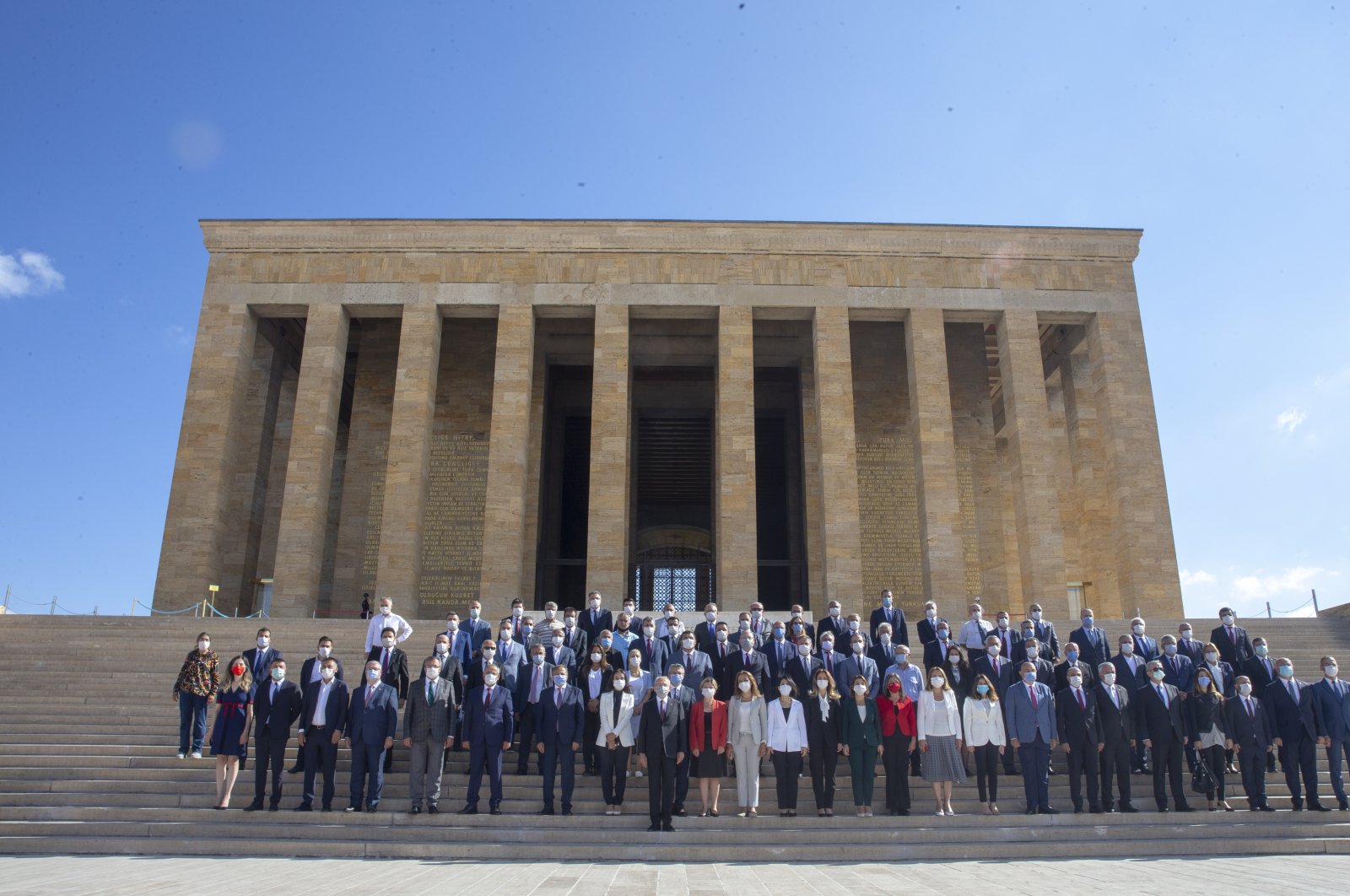 Turkey’s main opposition the Republican People’s Party (CHP) marked the 97th anniversary of its foundation Wednesday, amid precautionary measures due to the COVID-19 pandemic.

CHP Chairman Kemal Kılıçdaroğlu and a party delegation visited Mustafa Kemal Atatürk’s mausoleum (Anıtkabir) in Ankara and laid a wreath at the tomb.

Kılıçdaroğlu signed the Anıtkabir guest book after observing a moment of silence.

The CHP delegation then visited the tomb of Turkey’s second president Ismet Inönü and laid a wreath.

The CHP Istanbul branch celebrated the party’s anniversary in a commemoration ceremony held in the city’s famous Taksim Square.

In a speech expressing the importance of the day at party headquarters in Ankara, Kılıçdaroğlu emphasized the need to teach young people about the country's history and highlight the CHP's crucial place in it.

"The CHP has been criticized so heartlessly, and its history eliminated. I have a hard time understanding why," the CHP chairman said, referring to the party's transformation of the country in its early years.

In a written statement, the party said that Kılıçdaroğlu will attend an awards ceremony marking the centenary of the Independence Day via videoconference.

CHP was established by Atatürk on Sept. 9, 1923, as the first political initiative of modern Turkey when Atatürk united national liberation groups fighting against the Greek invasion of Anatolia.

The date was chosen to commemorate Izmir's liberation from Greek and Allied troops on Sept. 9, 1922, which also marked the end of the War of Independence, which lasted between 1919-1922.

While being one of the oldest political parties in the world, the CHP was also the only party in power in Turkey from 1923 to 1950.

So far, the party has had seven chairman throughout its history, including Atatürk, Ismet Inönü, Bülent Ecevit, Hikmet Çetin, Altan Öymen, Deniz Baykal and Kılıçdaroğlu, respectively.

The party places the Sivas Congress, largely accepted as the starting date of the Turkish War of Independence in 1919, as its first congress. The party has since held 37 ordinary and 19 extraordinary party gatherings.

Speaking to Anadolu Agency (AA) on the importance of the day, the spokesperson of the party Faik Öztrak underlined that the CHP was the party of the Turkish nation and had an "honorable heritage," adding that the party would continue to pursue truth and justice.