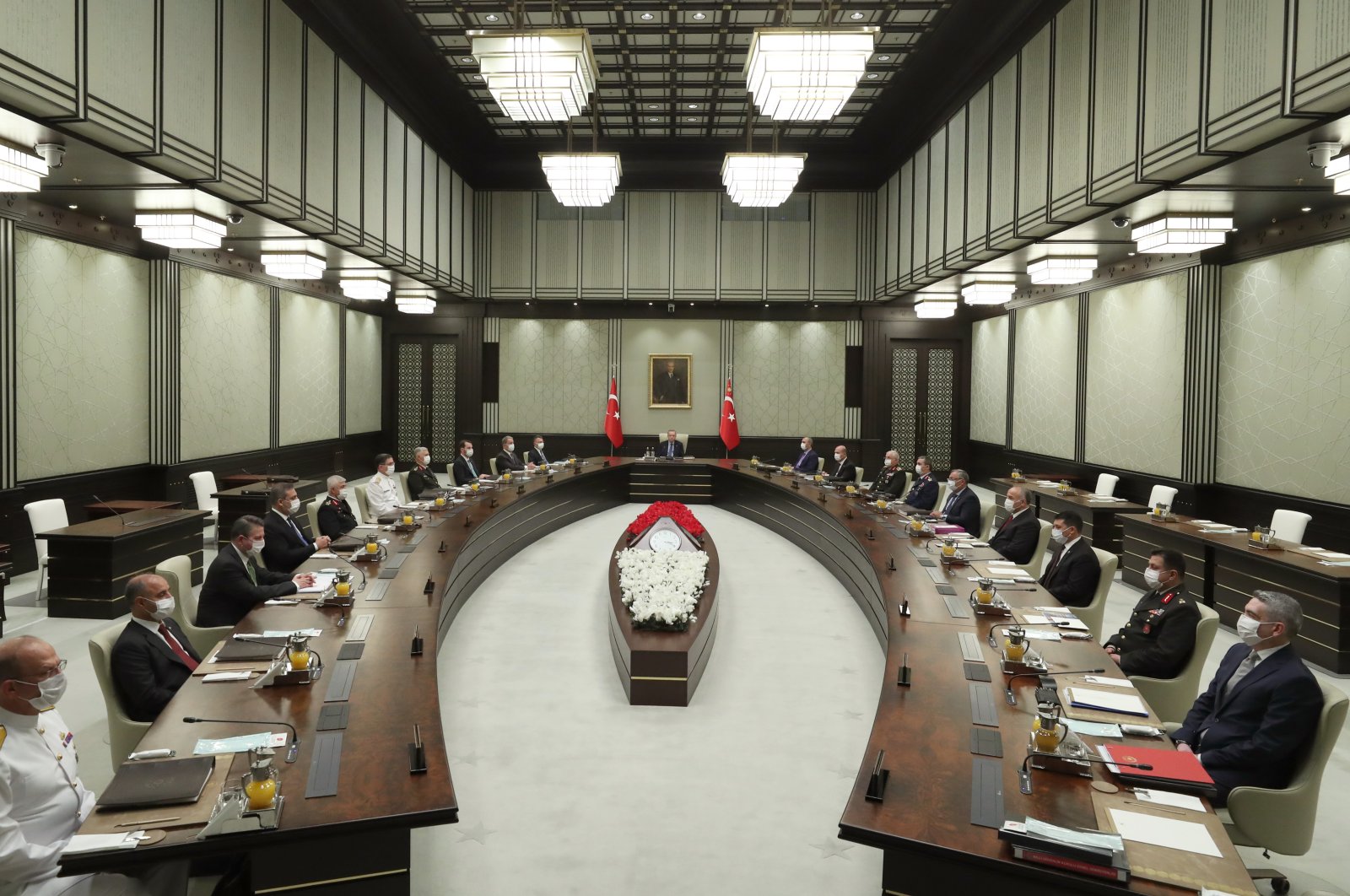 The Libyan crisis was one of the key topics discussed in the two-and-a-half-hour meeting.

In a statement released afterward, the MGK vowed to "stand by the people of Libya against any tyranny."

The council also discussed the involvement of third parties in Libya "who have dreams of making grounds by acting together with the putschists."

The MGK described them as "doomed initiatives," which will not be able to revert putschist Gen. Khalifa Haftar’s losses. The statement added that Turkey "will not hesitate to take necessary steps."

It has stepped up diplomatic efforts for peace in the war-ravaged country, engaging in active diplomacy, particularly with Russia – one of the backers of Haftar.

Turkey and Russia on Wednesday reiterated the need for intra-Libyan dialogue for the creation of a lasting and sustainable cease-fire in the war-torn country.

Leaders of both countries, President Erdoğan and his Russian counterpart Vladimir Putin launched an initiative in Istanbul on Jan. 8 to de-escalate the situation on the ground in Libya and pave the way for a political process.

Reaffirming their strong commitment to Libya's sovereignty, independence, unity and territorial integrity, both countries issued a joint statement on the Turkish-Russian High-Level Consultations in Ankara. They expressed "conviction that there is no military solution to the Libyan conflict and it can only be solved through a Libyan-led and Libyan-owned, U.N.-facilitated political process."

The statement further added that the creation of a Joint Working Group on Libya was being considered, while the next round of consultations will likely take place in Moscow soon.

Turkey and Russia further emphasized the necessity to combat terrorists individuals and entities, as designated by the U.N. Security Council, and vowed to continue joint efforts, including encouraging the Libyan parties, with a view of creating conditions for a lasting and sustainable cease-fire.

Meanwhile, Turkey has also stepped up its military support for Libya's internationally recognized government against Haftar in the east, who launched an offensive in 2019 to take the capital Tripoli.

The putschist general is backed by Egypt and the United Arab Emirates – with which Turkey shares strained ties – as well as by Russia.

Tensions have mounted in recent weeks, with Egypt threatening to intervene militarily if the Ankara-backed GNA forces advanced toward the strategic city of Sirte.

In response, the GNA slammed the Egyptian parliament's decision to authorize el-Sissi to intervene militarily in the war-torn country.

"We completely reject the Egyptian parliament's decision based on an illegitimate invitation by those who claim to represent the Libyan tribes under the guise of 'parliament,'" the Tripoli-based parliament said in a statement, referring to the parliament in Tobruk which is affiliated with Haftar and his illegitimate forces.

The GNA parliament also asked the government "to be prepared to politically and practically respond to this threat, and to consider every option to give the correct response."