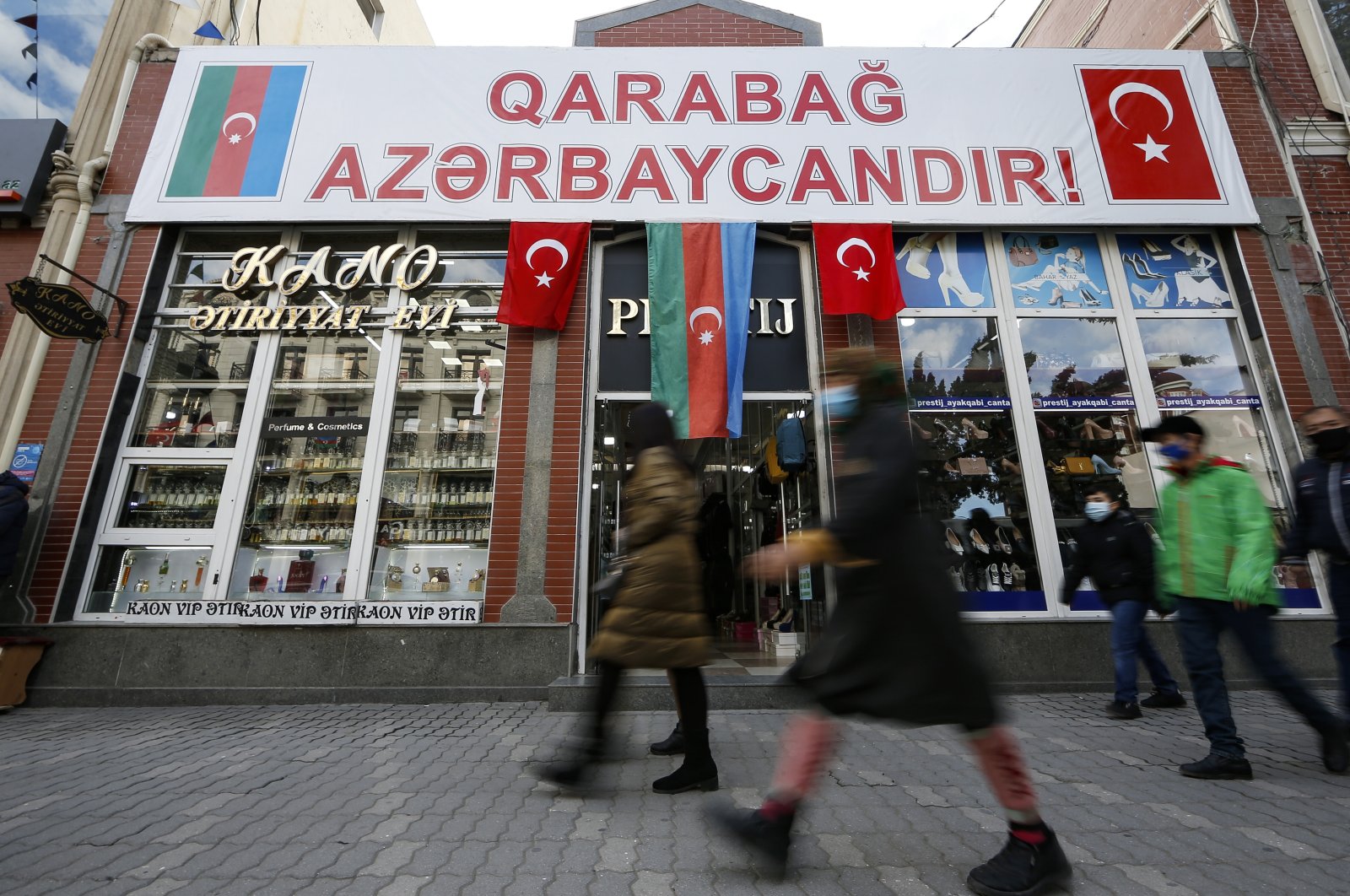 An Uzbek political expert, Abduvali Saybnazarov, told Anadolu Agency (AA) that Azerbaijan’s 44-day-long military operation resulted in victory and that Shusha, which he said had been the cradle of Azerbaijani civilization, was liberated. He said 1 million Azerbaijani citizens could now return to their ancestral homes from which they were displaced between 1988 and 1994.

Underlining the significance of Turkey’s support in Azerbaijan’s victory, Saybnazarov said the Organization for Security and Co-operation in Europe (OSCE) Minsk Group "only negotiated to fulfill its duties and did not fulfill the demands of Baku."

Saybnazarov underlined that Azerbaijan is a brotherly country to Uzbekistan and that Tashkent wanted the conflict to be resolved with respect to Baku’s territorial integrity and sovereignty since the beginning.

He also added that Turkish and Russian peacekeeping forces will serve to hinder bloodshed and provocations in the region.

Fresh clashes erupted on Sept. 27 and continued for 44 days, throughout which Baku liberated several cities and nearly 300 of its settlements and villages from the Armenian occupation.

The Turkish Parliament last week approved the deployment of troops to Azerbaijan for a peacekeeping mission to monitor the cease-fire deal that aims to end the conflict.

The mandate will allow Turkish troops to be stationed at a peacekeeping center for one year as part of an accord between Ankara and Moscow to monitor the implementation of the cease-fire, which locked in territorial gains by Azerbaijan.

Kazakhstan also welcomed the liberation of the Nagorno-Karabakh region, Kazakh media representatives told AA. Serik Malayev, the chief editor of a Kazakh news website, stated that Azerbaijan’s only option for a solution was the use of military means after the failure of the Minsk Group for years.

“We must not forget that we are brothers. The people of Kazakhstan have supported Azerbaijan in its rightful case,” Malayev said.

Abai.kz news portal chief editor Nurgeldi Abdiganiuli also voiced support for the country, saying that several correspondents were sent to the region to provide better coverage of the conflict.

Saying that Nagorno-Karabakh is reflected in the names of places and historical and cultural structures, Abdiganiuli added that Azerbaijan has taken back its own lands.

Deputy Chairperson of the Free Kyrgyzstan Party Aydar Halikov also hailed Azerbaijan's victory, saying that Bishkek enjoys brotherly relations with Baku. He added that the view of Central Asian leaders on cooperation and brotherhood between countries has changed for the better as well.