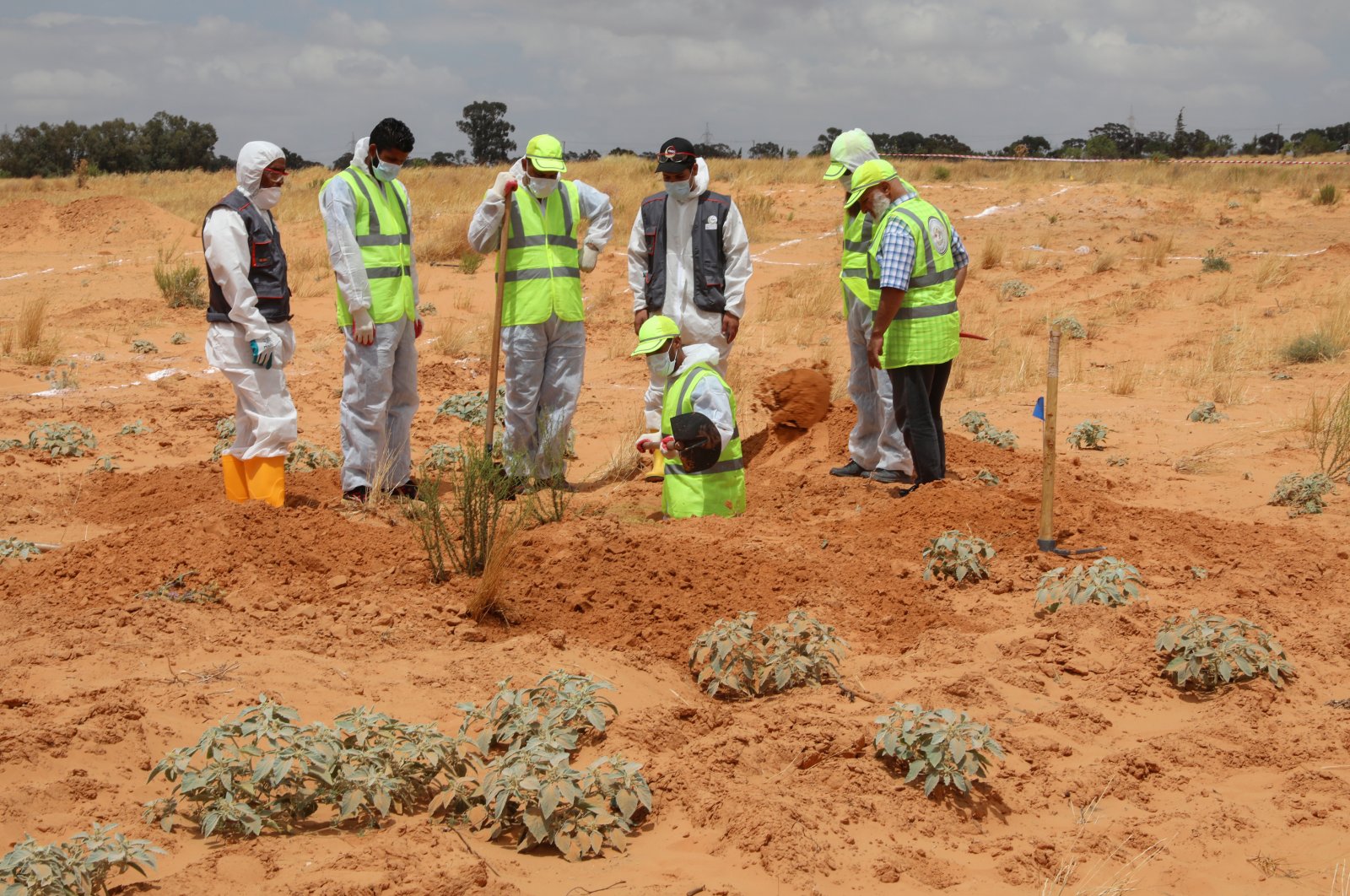 "The embargo is violated every day from the Egyptian border ... and every day there are flights from the UAE to Libya. Why are questions not being asked?" envoy İsmail Hakkı Musa said during a hearing of French senators.

"We think they are proceeding by selection, which strengths the support of Mr. Haftar in the east," he added.

Ties between NATO allies France and Turkey have soured in recent weeks over Libya, northern Syria and drilling in the Eastern Mediterranean

French President Emmanuel Macron last week accused Turkey of playing a "dangerous game" in the north African country that could no longer be tolerated.

Turkey fired back the following day, saying it was "actually France which is playing a dangerous game in Libya" by supporting Haftar in his campaign to take Tripoli.

Macron denied backing the east-based forces led by Haftar, stressing France is in favor of finding a “political solution.”

Another criticism from Turkey about France’s role in Libya and its support for the illegitimate putschist commander came from the ruling party spokesman.

Slamming Macron's recent comments on Turkey's role in Libya, Ömer Çelik, spokesman for the Justice and Development Party (AK Party), on Tuesday said after a party board meeting that France is repeating the mistakes it made in Rwanda over a quarter-century ago.

A number of inquiries have been held into French involvement in the Rwandan Genocide in 1994, including the 1998 French Parliamentary Commission on Rwanda, which accused France of errors of judgement, including "military cooperation against a background of ethnic tensions, massacres and violence."

He added that France is the "perpetrator in Libya" and playing "a dangerous game" there, citing the existence of mass graves found in Tarhuna city after it was recently liberated from militias aligned with Haftar.

"The strange thing here is that France, which supported Haftar's coup and those mass graves, is blaming Turkey," he said.

Ankara supports Libya's U.N.-recognized Government of National Accord (GNA) in the conflict against Haftar’s illegitimate forces. Under a military pact with Libya signed last November, Turkey sent military advisers to assist in the battle against Haftar's forces.

Egypt, Russia and the UAE, on the other hand, back Haftar. Despite France denying that it backs Haftar, it has stopped short of rebuking his allies, especially the UAE, which has also been singled out by the U.N. for violating an arms embargo.

Foreign Minister Mevlüt Çavuşoğlu had also accused its NATO ally France of trying to increase Russia's role in Libya, despite the fact that the alliance sees Moscow as a threat.

"NATO sees Russia as a threat on the hand, but NATO ally France is trying to increase Russia's presence in Libya on the other," Çavuşoğlu said in a joint news conference with his Hungarian counterpart Peter Szijjarto.

"Even though we (Turkey) appear to be on opposite sides with Russia, we are working not to worsen the situation but to achieve a cease-fire," he added.

He went on saying that France supported "a putschist, a pirate, Khalifa Khaftar" in opposition to U.N. Security Council decisions.

Ambassador Musa also said that Paris had informed NATO it was suspending its involvement in a naval operation in the Mediterranean after a probe into an incident between French and Turkish warships did not back Paris' claims.

France has been especially angry after accusing Turkish warships of showing aggression toward its Courbet warship after it attempted to inspect a vessel in June that it suspected was violating a U.N. arms embargo on Libya. The Courbet was operating in the NATO Sea Guardian operation.

NATO opened an investigation after France protested during an alliance defense ministers meeting in June.

"It seems that NATO experts did not reach the same conclusion. I had the information yesterday; it seems that the Courbet is withdrawing from this NATO exercise," Musa said during the hearing in the French Senate.

French newspaper L'Opinion reported Wednesday that France had sent a letter to NATO informing the alliance of its decision to suspend its role in the Sea Guardian operation until it had clarifications.

The French Armed Forces Ministry, Foreign Ministry and Allied Maritime Command, which heads up Sea Guardian, did not immediately respond for comment.

France has said that on June 10, Turkish warships flashed their radar lights three times at the Courbet and that Turkish sailors had also put on bullet-proof vests and stood behind their light weapons during the incident.

Musa denied the French account and told senators that it was the French warship that had shown aggression.