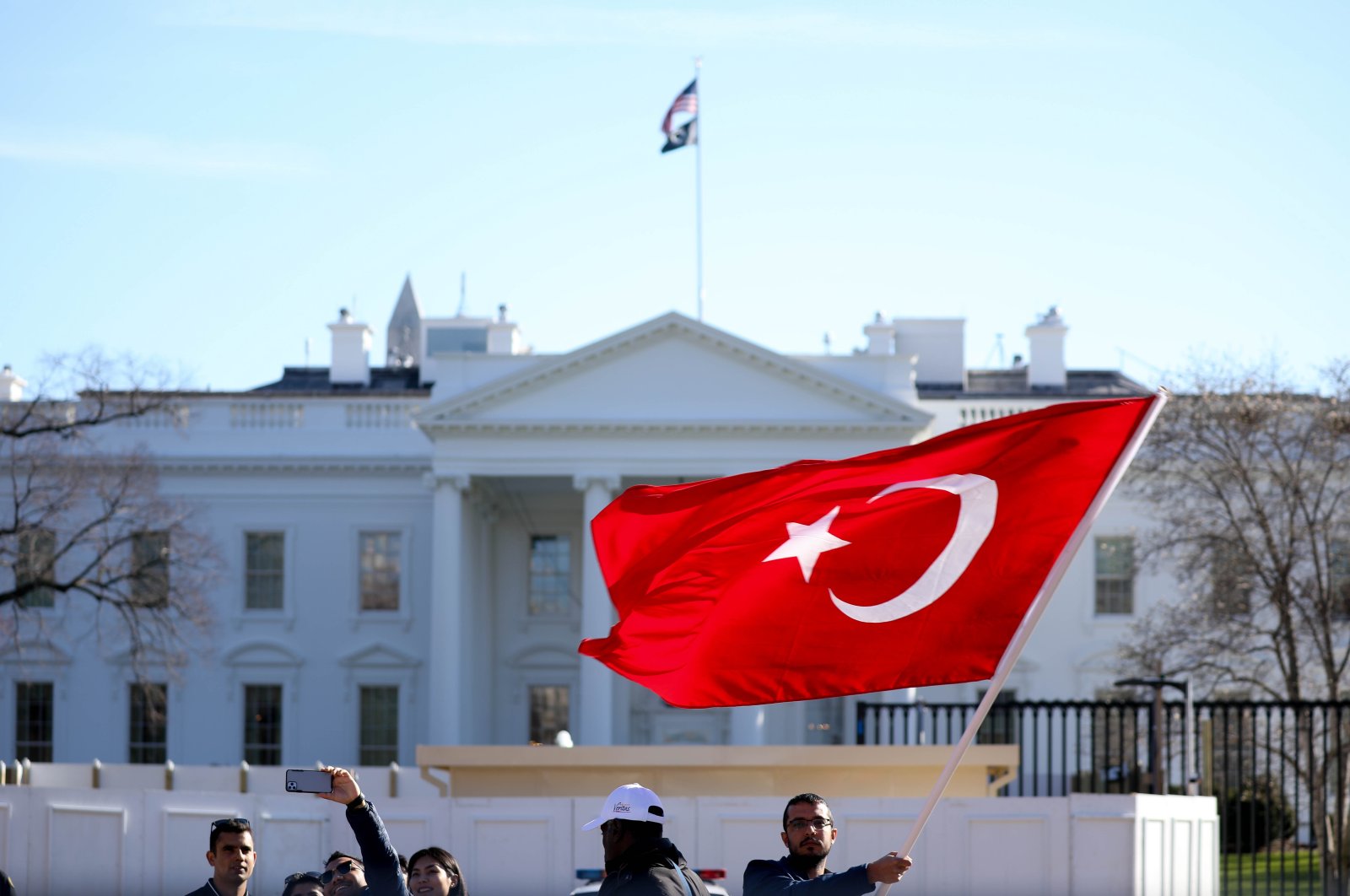 A group of Turkish-American people protests in front of the White House in Washington, D.C. in this undated file photo (AA File Photo)
by DAILY SABAH WITH AA Jul 14, 2020 9:25 am
RECOMMENDED

The U.S.-based Turkish American National Steering Committee (TASC) sent Congress a letter Monday requesting the extradition of the leader of the Gülenist Terror Group (FETÖ), which is behind the 2016 defeated coup in Turkey.

The request came as Turkey is preparing to mark the fourth anniversary of the July 15, 2016 coup bid which left 251 people martyred and nearly 2,200 injured.

"The Gulen Cult does not represent Turkish Americans, does not stand for Islam, and does not believe in democracy," the letter said. "Fethullah Gulen stands selfishly for his corrupt multi-million dollar network which is the subject of federal and state investigations."

"Furthermore, we Turkish Americans distance ourselves from the Gulen Cult's fundamentalism and anti-Semitism, which it hides under the pretense of inter-faith-dialogue as it attempts to exploit fear of Islam and penetrate American society to gain political influence," it added.

It noted that Gülen's members hijacked NATO assets and turned them against the people on the night of July 15 and the evidence points to Pennsylvania-based Gülen.

The letter also underlined the "remarkable similarities" between Gülen and Omar Abdel-Rahman, also known as "the Blind Sheikh," who was convicted and sentenced to life in prison for a seditious conspiracy based on his sermons that inspired militants to bomb the World Trade Center in New York City in 1993.

Co-chaired by Günay Evinc and Halil Mutlu, all TASC board members signed the letter.

Turkey has issued multiple extradition requests to the U.S. for Gülen but despite close relations between the two countries, they have fallen on deaf ears. So far, Turkey has sent seven folders full of evidence implicating Gülen in a number of criminal cases in Turkey, but Washington has failed to take steps toward extradition. The first request was sent four days after the 2016 coup attempt and, although the United States condemned the illegal operation, it was reluctant to deport FETÖ members to Turkey.

The Justice Ministry has so far requested the extradition of 807 members of the terrorist group from 105 countries, including the U.S., Germany, Romania and Belgium. Among them are the group’s leader Fethullah Gülen, as well as Adil Öksüz, who plotted the coup on behalf of Gülen with the aid of top putschist generals. Only 116 members of the group have so far been extradited to Turkey from 27 countries.