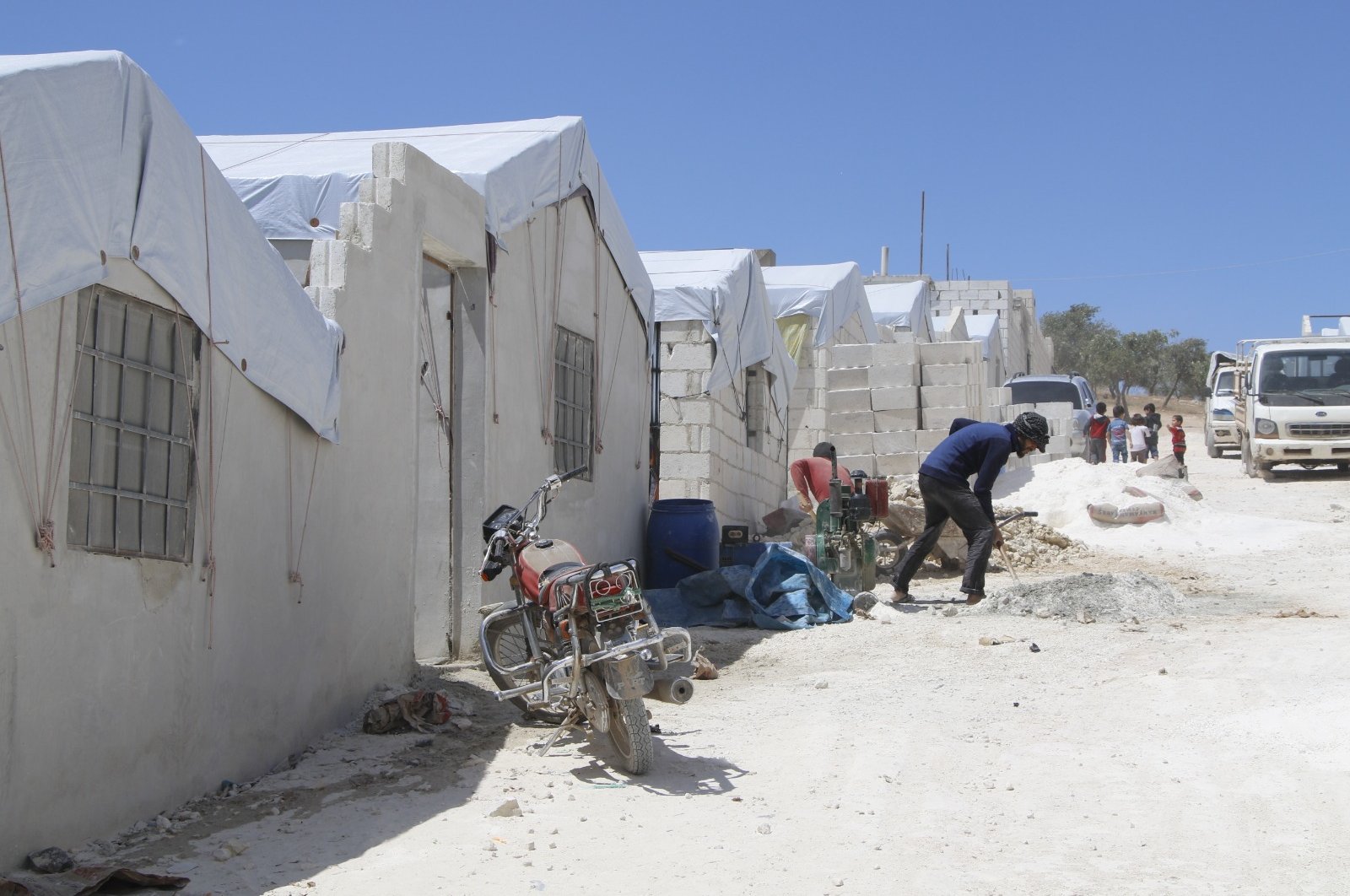 Sadakataşı Association completed the construction of 90% of the 1,530 briquette houses scheduled to be built in nine different regions on the Turkish-Syrian border, June 2, 2020. (AA)
by DAILY SABAH WITH AA Jun 02, 2020 2:11 pm
RECOMMENDED

Turkey's Sadakataşı Foundation has nearly completed the construction of briquette houses for refugees displaced from northern Syria's Idlib province to the Turkish border due to the attacks of the Bashar Assad regime.

Speaking to Anadolu Agency (AA), the head of the association, Kemal Özdal, stated that the construction of 90% of the 1,530 briquette houses scheduled to be built in nine different regions on the Turkish-Syrian border have been completed so far.

"The briquette houses have been built on an area of 24 square meters (258 square feet). Besides, the construction of four mosques and three schools, which were also designed for the briquette house neighborhoods, also continues," Özdan expressed.

He further added that within the scope of a humanitarian aid campaign launched by the Turkish Interior Ministry, the Sadakataşı Association has sent 85 shipments of aid to the region since November 2019.

The aid consignments included hygiene products, stoves, blankets, food and diapers as well as other products, Özdal said while calling on people to contribute to the humanitarian aid for the war-torn region.