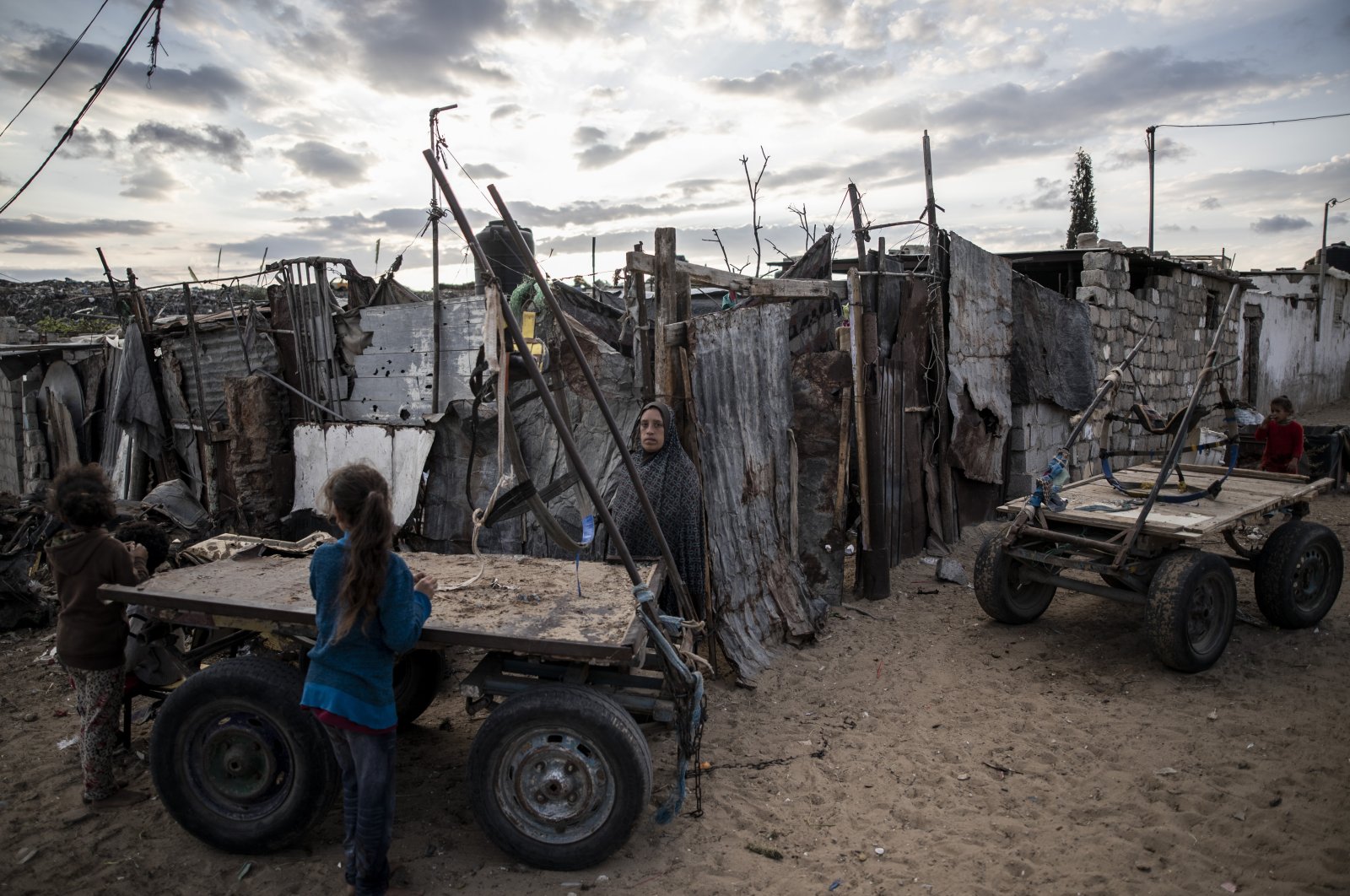 Turkish charities are continuing to provide humanitarian aid to hundreds of Palestinian refugees living in difficult conditions in camps in different regions of Lebanon.

The Istanbul-based Humanitarian Relief Foundation (IHH) distributed diesel fuel to more than 350 families living in the Burj al-Barajnah camp in the capital Beirut and al-Jalil camp in Baalbek.

The charity also provided food and personal care items to 250 families and financial support for many unemployed refugees in the camps.

Ahmad Ebu Husain, who had been unemployed for over a year and recently started to work again thanks to the charity's donation of a tuk-tuk vehicle, expressed his happiness, thanking the Turkish benefactors.

The Sadakataşı Association, on the other hand, with its battery-powered lighting project provided a solution to the shortage of electricity Palestinian refugees face, spending most of the day in the dark due to chronic power outages in Lebanon.

Kemal Özdal, the head of the association, said with the project that was supported by about 20 charities from Turkey, they will provide constant electricity for the refugees' homes.

More than 483,000 Palestinian refugees live in Lebanon, but the figure rises to 600,000 when accounting for those who are unregistered, according to U.N. data.

Approximately 62% of Palestinian refugees, who make up about 10% of Lebanon's population, live in these camps, where infrastructure and social facilities are very limited. The rest of the refugees live around the camps or in different parts of the country.

Lebanon does not accept responsibility for the protection of refugees' rights as it was not a party to the 1951 Convention and the 1967 Protocol regarding the status of refugees.

Lebanon is ranked second after Israel for refugee rights violations.