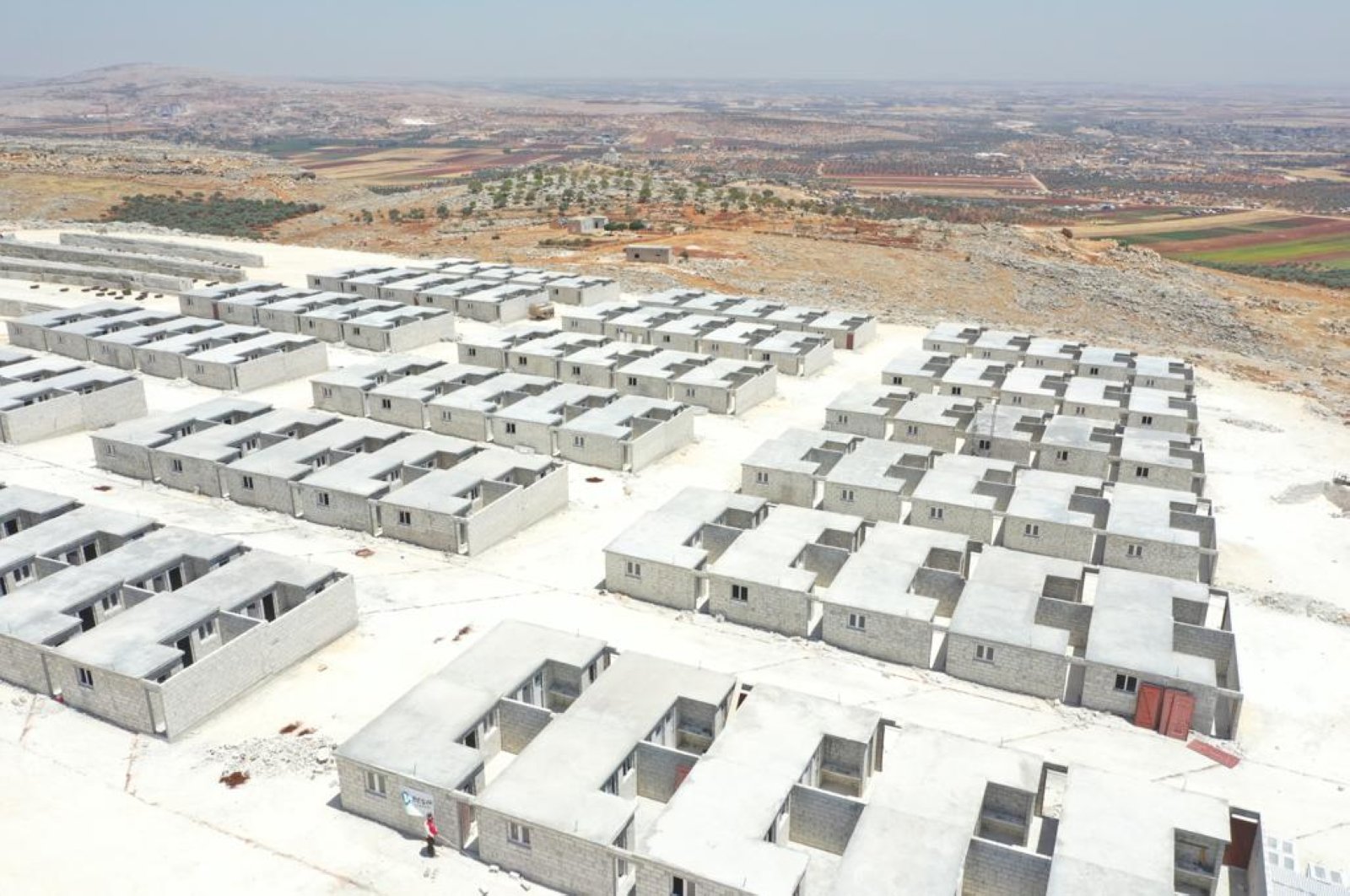 Hundreds of internally displaced families in northwestern Syria on Thursday moved into briquette houses built by a Turkey-based foundation.

The Beşir Foundation erected some 180 briquette homes in Idlib that will provide better living conditions for the Syrian families who previously had to survive in makeshift tents.

"There is a bedroom, a living room, a kitchen, a bathroom and a toilet in the houses that cover 40 square meters (430 square feet) on average," said Kayabekir.

Last month, President Recep Tayyip Erdoğan pledged to fund the construction of 50 briquette homes for civilians in Idlib, saying Turkey aimed to fulfill its goals to build homes in the summer so refugees can take shelter before winter sets in. First lady Emine Erdoğan also donated funds for the provision of 57 briquette homes.

Interior Minister Süleyman Soylu, who himself sponsored the construction of 20 briquette houses, shared a post on Twitter stating that the project was being run in cooperation with the Sadakataşı Foundation and Social Development Center and the Education and Social Solidarity Association (TOGEM). Soylu said the main aim of the campaign was to build houses for 50,000 displaced families before winter.

The Sadakataşı Foundation has so far completed 90% of the 1,530 briquette houses scheduled to be built in nine different areas along the Turkish-Syrian border.

Another charity, the Istanbul-based Humanitarian Relief Foundation (IHH), also constructed 2,816 abodes in the region with the declared aim of providing “shelter for the oppressed.”

Idlib is currently home to about 4 million civilians, including hundreds of thousands displaced in recent years by regime forces throughout war-torn Syria, with some likely using a recent cease-fire brokered by Turkey and Russia as an opportunity to return home.