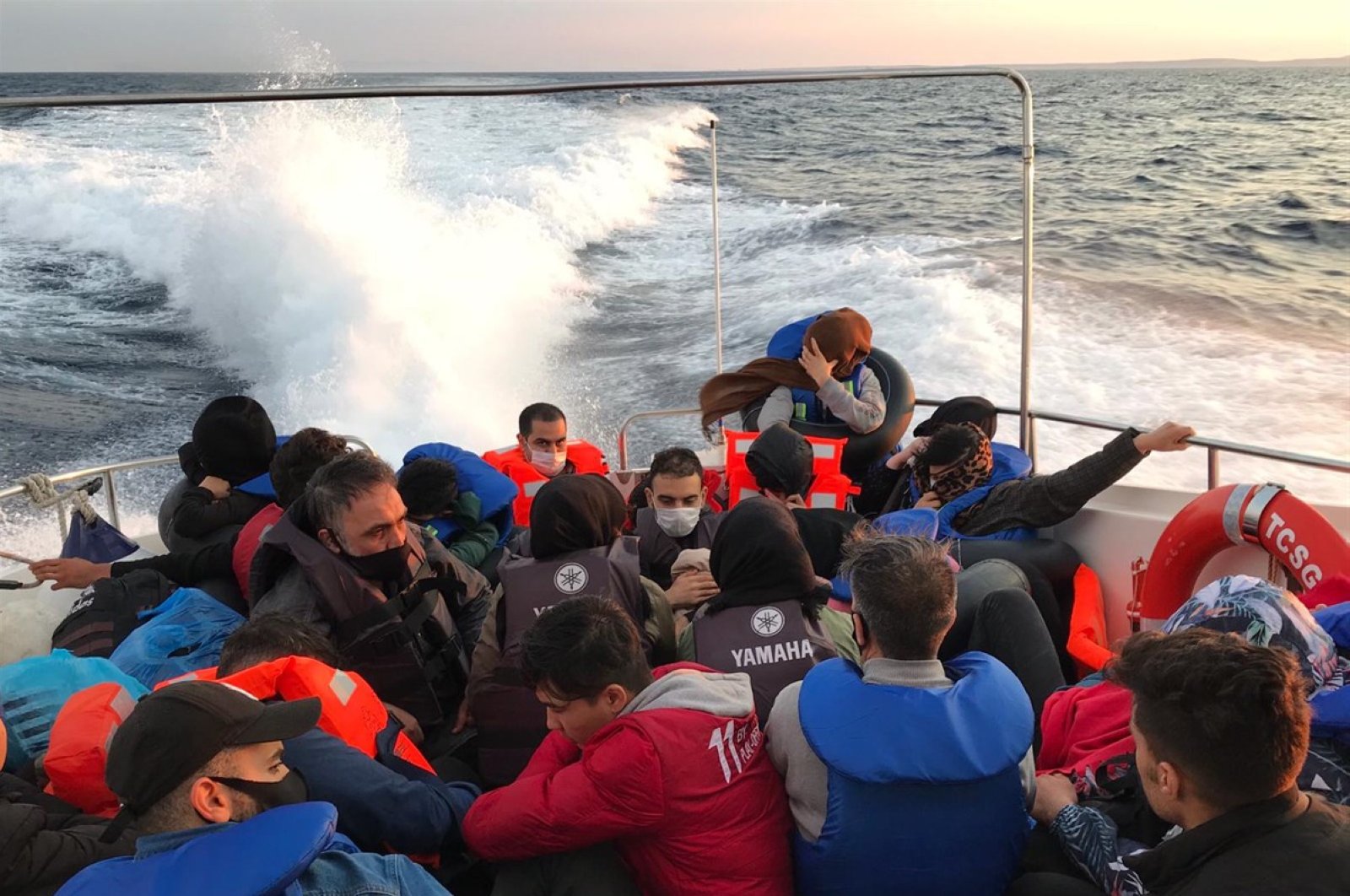 Five rubber rafts carrying 69 people who were rescued off the coast of Ayvacık were reportedly pushed back into Turkish territorial waters by the Greek coast guard.

Twenty-nine others were later rescued off the coast of Ayvacık.

Another 27 migrants and refugees were found off the coast of Bozcaada after their boat was disabled by an engine breakdown.

Turkey earlier this year opened its gates for migrants and refugees wanting to cross to Europe, accusing the European Union of failing to keep its promises under a 2016 migrant deal.

Human Rights Watch (HRW) urged Greece and the EU to respect human rights in light of Ankara's new policy of refusing to halt migrants and refugees trying to leave for Greece.

Turkey already hosts over 3.5 million Syrians, more than any other country in the world, and says it cannot handle another wave.

The International Organization for Migration (IOM) last week voiced alarm over reports of pushbacks and collective expulsions of migrants, some with incidents of violence, from Greece.

"The organization calls on Greek authorities to investigate these allegations and testimonies given by people forced to cross the Greece-Turkey border," it added.