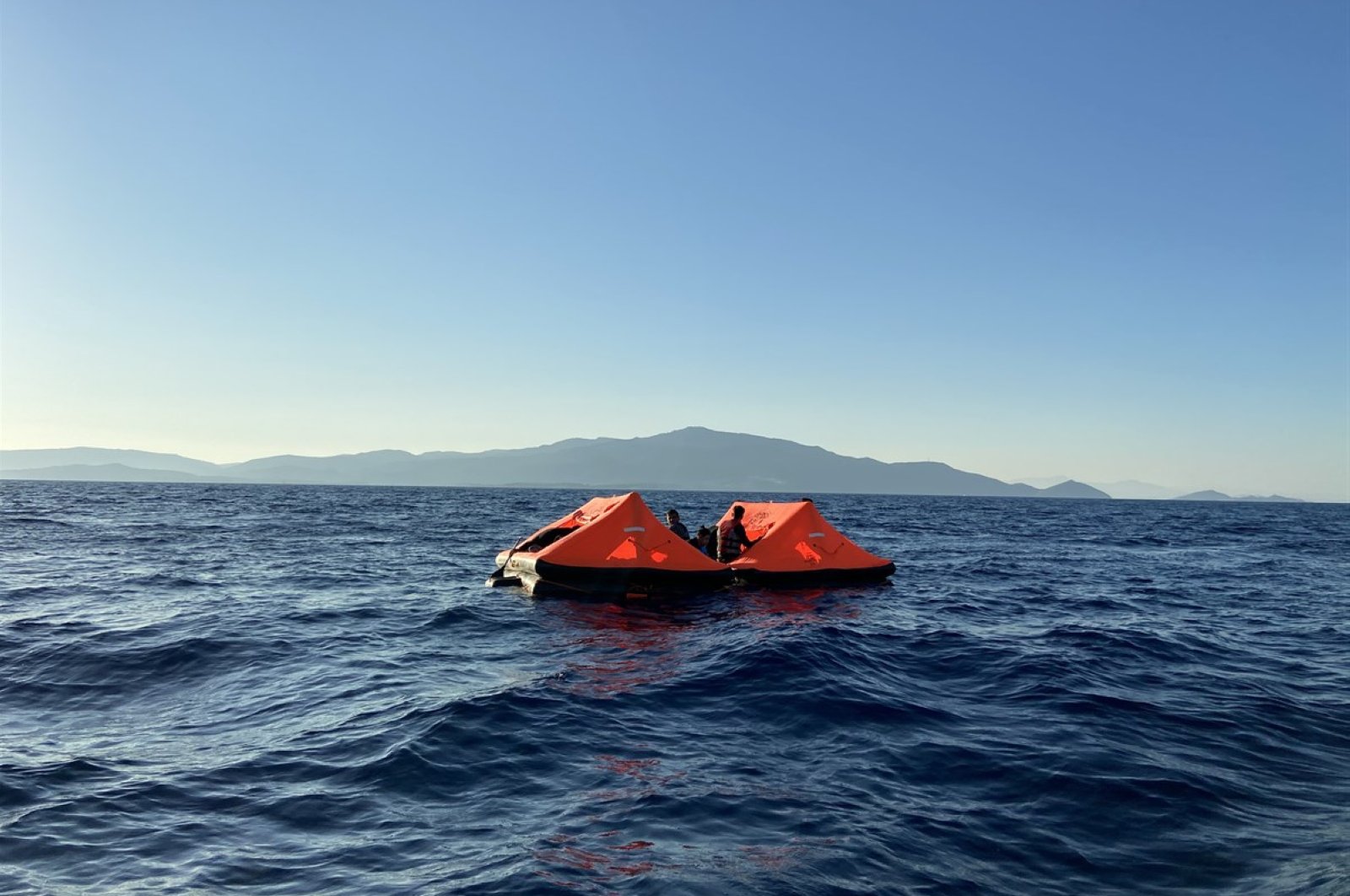 49 asylum-seekers in two rubber rafts were rescued off the coast of the Dikili district in the western province of Izmir, Turkey, July 1, 2020. (AA Photo)
by DAILY SABAH WITH AA Jul 02, 2020 11:25 am
RECOMMENDED

The Turkish Coast Guard on Thursday found the body of a drowned migrant in the Aegean Sea, apparently, among four missing passengers from a boat that sank earlier this week, security sources said.

Authorities are working to identify the body, said the source, who asked not to be named due to restrictions on speaking to the media.

The search for three other missing passengers is ongoing, it added.

In a rescue operation that lasted into Tuesday, Turkish forces rescued 36 migrants in the Aegean off the coast of Ayvalık in the Balıkesir province. Taking part in rescue efforts were three Turkish boats plus a helicopter, a plane and a diving team. After being informed that the boat had carried 40 asylum-seekers, search and rescue work began to find the four missing persons.

The rescued passengers said their boat was damaged by the Greek Coast Guard, who also took gasoline cans from the boat and pushed it back to Turkish territorial waters, leading to its sinking.

Recent months have seen multiple reports of Greek forces illegally pushing back boats of migrants, endangering passengers in the process.

It was reported on Monday that a floating barrier commissioned by the Greek defense ministry to stop migrants arriving from the Turkish coast is to be deployed off the island of Lesbos in the coming weeks. The area northeast of Lesbos chosen for the project is one used by hundreds of thousands of migrants attempting to enter the country from neighboring Turkey in recent years.

Rights groups have criticized the plan as potentially life-threatening to migrants in overflowing dinghies who often require rapid rescue.

In another operation, the Turkish Coast Guard rescued 58 migrants, who were also pushed back by Greek forces into Turkish territorial waters, security sources said on Wednesday. First discovered were 49 people in two rubber rafts off the coast of the Dikili district in Turkey's western province of Izmir. Later, the Turkish Coast Guard rescued nine more migrants off the coast of the Madra Stream.