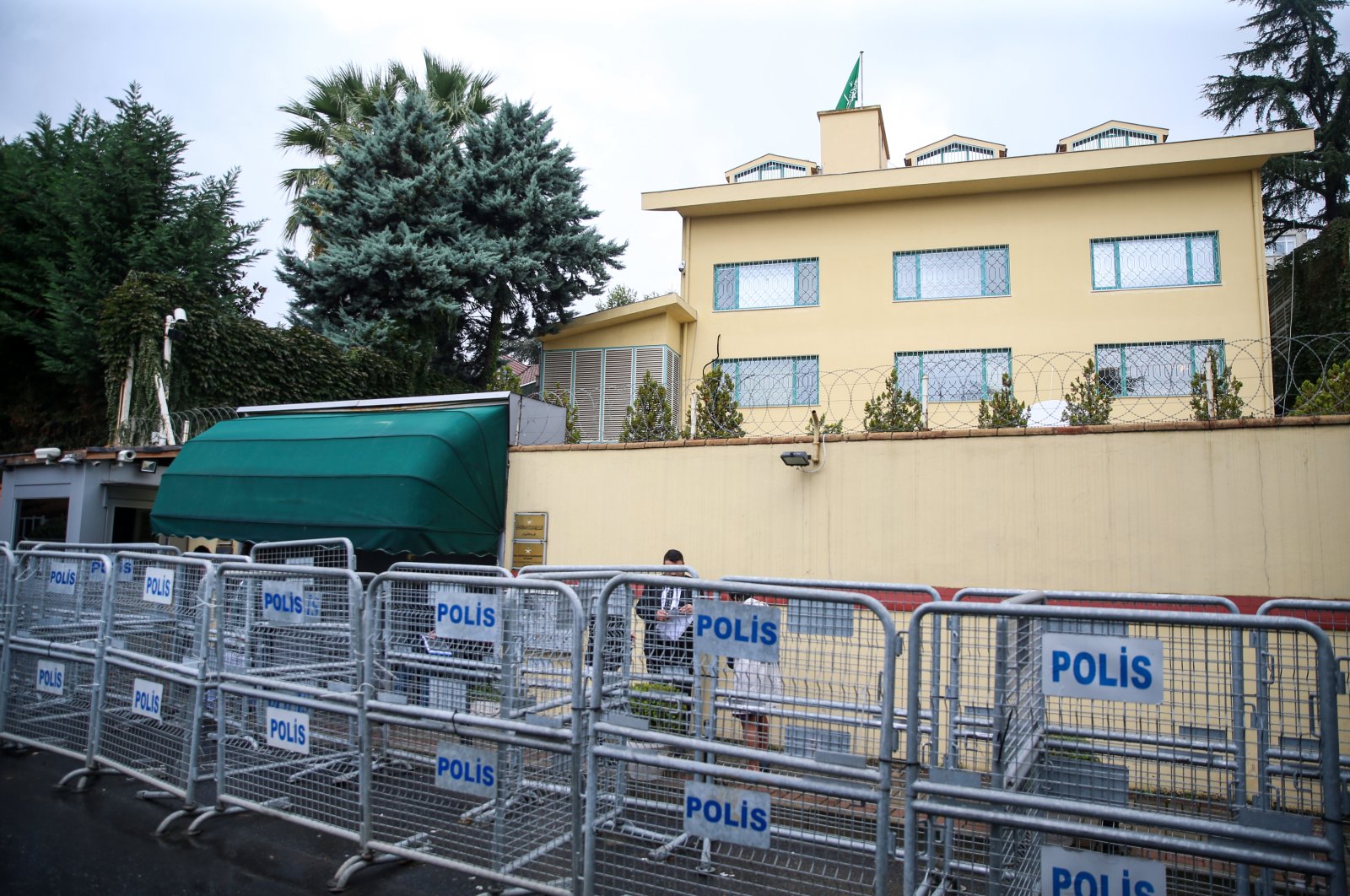 A Turkish court on Friday launched a trial in absentia of 20 Saudi nationals indicted for their role in the murder of dissident Saudi writer Jamal Khashoggi in 2018.

Istanbul 11th Criminal Court held the first hearing in Bakırköy, which started with a readout of the 117-page-long indictment prepared by the Istanbul Prosecutor’s Office.

Khashoggi was murdered inside Riyadh's consulate in Istanbul on Oct. 2, 2018. He was getting papers to marry his Turkish fiancée Hatice Cengiz, who was waiting outside.

Eighteen others are accused of carrying out the killing with "monstrous intent and torture."

Khashoggi was strangled to death and his body dismembered, the indictment seen by German Press Agency (DPA) says.

The remains of the Washington Post columnist, who was once close to the royal family but became a vocal critic of MBS, were never found.

The prosecutor is seeking aggravated life sentences for all, the harshest term in Turkey since it abolished the death penalty in 2002.

The evidence includes statements by Cengiz, who will attend the hearing with Agnes Callamard, the U.N. special rapporteur on extrajudicial killings who investigated Khashoggi's death.

In December, Riyadh said five people were sentenced to death for the murder after a trial shrouded in secrecy. Khashoggi's sons subsequently said they forgave his killers, paving the way for a reprieve.

"I hope this criminal case in Turkey brings to light the whereabouts of Jamal's body (and) the evidence against the killers," Cengiz told Reuters.
The Istanbul trial "represents the best hope for justice" for Khashoggi "following a blatant miscarriage of justice in the Saudi courts," said Erol Önderoğlu, Turkey representative for media watchdog Reporters Without Borders.

According to the book "Diplomatic Atrocity: The dark secrets of the Khashoggi murder," penned by Sabah writers Abdurrahman Şimşek, Nazif Karaman and Ferhat Ünlü, when Khashoggi came to the Saudi Consulate for papers to marry his fiancee Hatice Cengiz, Ahmed Abdullah al-Muzaini, who worked as Saudi Arabia's intelligence station chief at the kingdom's consulate in Istanbul, informed Riyadh with an emergency code that Khashoggi had arrived at the consulate. Khashoggi's return to the consulate on Oct. 2 was also informed to Riyadh.
On the same day at 7:08 p.m., Saudi Consul Otaibi held a phone call with an official from the office of Saud al-Qahtani, a close aide of Crown Prince Mohammed.
During the conversation, Khashoggi's murder was called "a private matter" and "a top-secret mission." The official told the Saudi consul that "the head of state security called me. They have a mission. They want one of your officials from your delegation to deal with a private matter. They want someone from your protocol... for a private, top-secret mission. He can even get permission if necessary."
The conversations recorded prior to and during the Oct. 2, 2018 murder of the dissident journalist at the kingdom's Istanbul consulate were obtained by Turkey's National Intelligence Organization (MIT) right after the gruesome incident and were shared with related Turkish authorities carrying out an investigation into the incident, as well as with international officials and institutions.