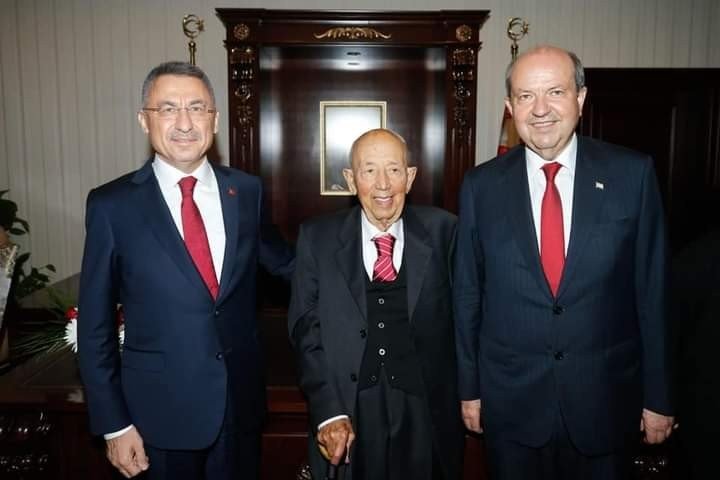 Rüstem Tatar, the father of Ersin Tatar, the president of Turkish Republic of Northern Cyprus (TRNC), died early Saturday at the age of 90 and was laid to rest later in the day.

The elder Tatar, who undertook key roles and posts in the national struggle of Turkish Cypriots, died in his home in Girne (Kyrenia). An official ceremony was held in front of the TRNC Parliament in the capital Lefkoşa (Nicosia) and a funeral prayer was later held at the Ismail Safa Mosque. Tatar was buried in line with COVID-19 measures in the family cemetery in Lefkoşa.

Born on Oct. 23, 1930 in Yakacık (Makounta) village of western Baf (Paphos) district, Rüstem Tatar went to university in England, graduating from the University of Nottingham's finance and economy department in 1951, and in 1960 became an advisor to a Turkish delegation in negotiations over the island's future.

The first comptroller general of the bicommunal Republic of Cyprus in 1960, he kept the role until 1963, when Greek Cypriots began attacks on Turkish Cypriots to seek unification with Greece.

After the founding of the TRNC in 1983, he was the representative of Turkish Cypriots in the U.N.-supervised Committee on Missing Persons until 2005, and served as a consultant to the TRNC from 2005 onward.

He was married with three children.